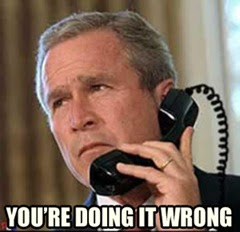 Tarceva, an anti cancer molecule that created patent history in India (for inter-alia ushering in “public interest” into Indian patent jurisprudence) continues to make legal waves. And big ones at that.
Over the last few years, this molecule has been the subject of multiple legal proceedings in India, with a full fledged patent infringement trial ongoing between Cipla and Roche before the Delhi high court; a counterclaim against Roche’s patent validity pending with the very same Delhi High Court; a revocation petition challenging the validity of the patent before the IPAB; and other infringement suits filed by Roche against other generics that have either entered or threatened to enter the market.

The only details we have at present are that the order was procured from the Madras High Court on Friday (17th September). And that the suit itself was triggered by references in Matrix’s revocation petition before the IPAB (challenging the validity of Roche’s Tarceva patent) to its intention to manufacture the product.

Ex-parte restraining orders to prevent alleged IP infringement used to be the forte of the Delhi High Court till a bunch of sensible samaritans such as Justice Bhat and Justice Muralidhar came along and swung the pendulum the other way. It appears that this IP ex parte culture is slowly migrating and finding a more hospitable habitat down South.

As we’ve been repeatedly blogging on this forum, ex parte orders are a terrible idea when it comes to patent infringement cases. Such cases often involve complicated issues of claim construction and validity…and orders cannot be passed without hearing the defendant in question. Particularly so in this case, where three High Court judges (Justice Bhat at the first instance and Judges Muralidhar and AP Shah at the appellate level) had reservations about the validity of the patent. In fact, the matter has now moved to the trial stage at the Delhi High Court, where a judge is hearing arguments and evidence on the validity of the patent. And will soon decide on whether or not Roche’s case is strong enough to merit a permanent injunction.

Further, a revocation petition filed by Matrix is being assessed by the IPAB on this very same issue. I’m not entirely sure if Matrix is selling the drug in India or whether it intends to sell in India. In the light of their para IV filing against the Tarceva patent in the US, it would appear reasonable to assume that they have the US market in mind (at least for now). And that they intend to manufacture small quantities of the drug in India for testing purposes (“bio-equivalence” and the like), as would enable them to procure regulatory clearance from the FDA. If this assumption holds true, their activity falls within the legitimate corners of the rather wide “Bolar” exemption that the Indian patents act carves out. For those interested, an article on the experimental use exception by Prashant Reddy and me deals with the Indian “Bolar exception” and its wide latitude.

This being so, how could a judge have granted a restraining order without even hearing Matrix?

Perhaps, much like the Delhi High Court in its earlier avatar, the Madras High Court is mistakenly equating patent cases with copyright and trademark infringement suits (to which they have been accustomed for the last several decades) , without realising that such cases are several times more complicated and are not immediately susceptible to a robust prima facie evaluation.

In fact, I would go to the extent of arguing (as I do in this paper here with Prakruthi Gowda) that it is far better to dispense with the interim injunction phase altogether in complicated patent disputes and move directly to the trial stage, where issues of validity and infringement are assessed once and for all, after looking into expert evidence etc. This approach finds support in a Supreme Court ruling by Justice Katju last year and more recently by Justice Bhat. For those interested in this theme, I plan to elaborate on this point in a future post.