In the present petition, the Delhi High Court day before yesterday (December 24th 2010) rejected the contentions of the Delhi Metro Rail Corporation (DMRC). DMRC had refused to disclose the design of the Metro Pillar sought by an RTI applicant. 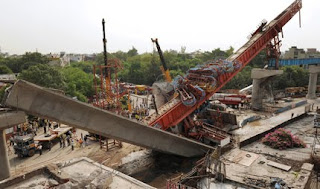 Facts: The Respondent, Mr. Sudhir Vohra is an architect who sought the designs of the Metro Pillar No. 67, which collapsed on 12th July, 2009 killing seven. The Central Public Information Commissioner and the Appellate Authority rejected Mr.Vohra’s contentions. The Central Information Commission however accepted Mr.Vohra’s contentions. This was appealed against in the Delhi High Court before Justice. S. Muralidhar by the Petitioner, DMRC.

Judgment: The judge held that in this instance disclosure will not affect the competitive position of any third party. The court also noted that the Respondent was a professional architect and had sought the information for academic purposes; for studying and analysing the failed design. It must also be noted that the DMRC has accepted that the design was faulty and has decided to discontinue its use.

Most importantly the court held that “seeking information about a design under… the RTI Act is independent of the rights of DMRC to enforce its copyright in the said design.”

This Court rejected DMRC’s contention in relation to Section 9. The judgment noted that the words “other than the State”, at the end of Section 9 reflects the legislative intent that the exemption from disclosure is available only if the disclosure involves infringement of the copyright of a person. There can be no discretion to refuse if the copyright is subsisting in the State. The Court thus held that “the DMRC cannot refuse information sought even if it might involve infringement of its copyright in the design”. It was added that the DMRC can protect its copyright on the design under copyright law. 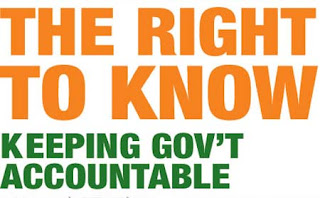 Conclusion: The Right to Information Act is a revolutionary legislation empowering the common man. It has become all the more important in the light of recent scams. Any attempt to go around the legislation needs to be struck down. The Copyright Act is a self-sufficient legislation consisting of remedies for infringement. There is no need for additional protection of copyright held by the State. The Delhi High Court has rightly struck down the present petition. In the present case, the design of the pillar was already on the Internet in the public domain. Mr. Vohra merely wanted the DMRC to confirm that the design in the public domain was the design of the pillar that collapsed.

We would like to thank Mr. SK Mohanty for passing on this info to us.