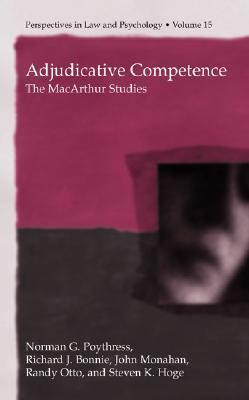 In a previous post, I pointed to the rather problematic history of the IPAB, where ILS officials (serving as government secretaries) engineered appointment rules and eligibility criteria to favour their own “future” postings to the Intellectual Property Appellate Board (IPAB).
Unfortunately, while many of us in the IP media space have tracked the patent office and exposed its givings and misgivings, lesser attention has been paid to the IPAB. Given that this body plays a critical role in IP adjudication, we need to spend some time evaluating the legal competence of this body.

“Ubi Jus Ibi Remedium” is a central jurisprudential tenet taught right in the first year at law school. It translates very roughly to: “There can be no right without a remedy”. And for a meaningful remedy, we require competent adjudicatory institutions.

The IPAB is tasked with deciding appeals from the patent and trademark office. It also adjudicates revocation petitions that challenge the validity of registered patents and trademarks. All of these tasks were formerly performed by the various High Courts. When the IPAB took over these functions, one expected that the quality of justice would be better than those of high courts, in terms of speed (given that high courts were terribly backlogged) and legal soundness (since tribunals were likely to reflect a greater level of specialist IP expertise). Sadly, the IPAB has failed to deliver on most counts (you don’t need to take my word for it. simply speak to any practitioner with some experience of the IPAB).

Like most other institutions, a judicial tribunal is only as good as the people staffing it. The so called “judicial” members appointed to the IPAB did not come anywhere close to being “judicial” material. And this despite the fact that a Supreme Court ruling mandates tribunal members to have qualifications equivalent to those of a High Court judge. IPAB “judicial” members may have had some legal experience, but none of them came with any prior IP experience. And if recent decisions are anything to go by, one would be forgiven for assuming that this lack of IP expertise continues unabated.

A previous post of mine highlighted the Novartis “Glivec” decision, where the IPAB ventured off on a flight of legal fancy and held that a patent cannot be granted, owing to the high price of the ensuing patented product. By this incredulous ruling, the IPAB guaranteed Novartis a slot at the apex court.

The IPAB continued its missionary zeal of creating fanciful legal doctrines, when it effectively “stayed” the operation of a patent in the notorious Ramkumar case!

We’ve also recently learnt that “technical” members end up writing some of the decisions of the IPAB. A technical member is meant to proffer technical advise, as would enable the judicial member to appreciate “technical” facts/evidence and craft out a judicial opinion in the language of the law. Illustratively, the “non-obviousness” or “inventive step” criterion, one that many consider to be at the bedrock of patent law, is essentially a question of law, albeit one that is predicated on underlying facts. A technical member ought to help with an appreciation and assessment of underlying “technical”/scientific facts that prop up in the course of a patent dispute. However, the final determination and decision is a “legal” one that ought to be authored by a judicial member.

In fact, we believe that even where pure questions of law were concerned, technical members, bereft of any legal qualifications (law degrees) were responsible for penning the final opinion. Illustratively, in a software patent dispute involving Yahoo, the issue was whether or not a pre-grant opposition decision by the Indian Patent Office (IPO) could be appealed to the IPAB. While the IPAB held in the negative, the Madras High Court reversed and forced the IPAB to hear the appeal. What is rather strange in this case is that although the bench consisted of both a judicial member (Negi, who was then Chairman) and a technical member (Chandrasekharan), the decision was written out by Chandrasekharan. In other words, a technical member authored a judicial opinion on an issue that most would consider to be a pure question of law.

We’re going to invest some serious time studying IPAB decisions carefully and evaluating them. We’re on the lookout for more examples, where the IPAB got the law wrong. Or where the decision was authored by a technical member? Or instances where IPAB decisions were successfully reversed by High Courts? Or any other fact that might showcase the legal incompetence of the IPAB?

If you’re keen on contributing to this debate and helping fashion a more optimal IP adjudicatory mechanism for India, please do write in. We know that some of you cannot openly air your views–which is why you might find our public trumpeting services useful. You can always leave your comments on this blog as “anonymous”. Or write to me or Prashant Reddy and we promise to maintain the confidentiality of your communication.

Let me end with a policy question that all of us with some interest in Indian IP need to think through: Wouldn’t it be better to scrap the IPAB? And to have specialist IP benches at the various High Courts (or least at the High Courts of the leading metros).

Apparently, the IPAB’s creation and sustenance at the initial stages (and its Chennai placement) had much to do with the benevolence of Murasoli Maran, an ex-Minister of Commerce. Given that he is now departed, and there appears no political successor on the horizon keen on continuing his legacy, wouldn’t this be the best time to exterminate this body, once and for all?

ps: Prashant did some quick research and informs me that of the 17 odd patent matters decided by the IPAB, all the decisions were authored by Chandrasekharan, the technical member. Negi (the judicial member) authored just one decision (Madu Inflatables vs Pradeep Ranganathan). Of the remaining 16 cases authored by the technical member, a large number relate to pure questions of law, such as the maintainability of the appeal etc.