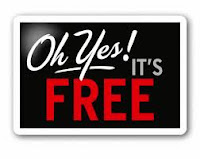 The Trademarks Registry is acting on its promises this 2011, with the trademark search engine officially going free.

(Readers will recall previous discussions we have had on the impending changes at the Registry, including here and here.)

SpicyIP would like to thank its readers Karthik Murthy and Chetan Chadha, for keeping us on the ball with this news. Karthik also gleefully informs us that “the free search is on:-) “.

I just checked out the search engine platform, which you can too, here, and the interface has changed slightly from what it used to be previously, when accessed with a code. It’s cleaner, and AND/OR options have been introduced, opening up a variety of search options to users. It would be great to receive feedback from those who’ve actually tried the engine on how it works.

Equally, it will be interesting to hear feedback from users about the revised application fees, whether it affects business (at all?), and so on. I personally believe that while the percentage increase in fees is substantial (40 %), the fees being charged by the Indian TM Registry is relatively low in comparison with many other jurisdictions.

In any event, the Trademarks Registry, the Intellectual Property Offices and the Controller General deserve a standing ovation for pushing these amendments through, and delivering on their promises in record time. We hope this is only a teaser, and is a sign of improvements to come!