ET and other business dailies including Business Standard reported yet another trouble for Britannia. According to news reports, US based Kraft Foods sued Nusli Wadia-owned Britannia industries for trademark infringement of its popular “Oreo” cookies. For more about Oreo cookies see here. 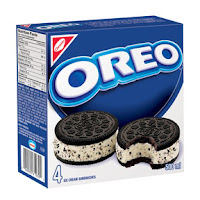 In a suit filed in the Delhi High Court, Kraft claimed that Britannia’s recently-introduced “Treat-O” biscuit is a copy of its cream-filled sandwich cookies. According to Kraft, Britannia copied the specific design etchings such as florets and inner rings of “Oreo” cookies. It alleged that the brand name, “Treat-O”, with an emphasis on ‘O’, was inspired by “Oreo”. It is also reported that the US giant sought injunction for precluding Britannia from manufacturing, selling, marketing or advertising any product with any distinctive element of “Oreo” cookies. Assuming the veracity of the report, this is the second instance in four years where Britannia is involved in legal tussle with a multinational food company over trademark. [Its tussle with French food giant Danone is covered here ].
The tenability of the claim can be ascertained only after examining the package design and the style in which “Treat-O” has been written. Curiously, I could neither trace this product in the local market nor online including the official Britannia website! Thus, I am unable to independently verify the tenability of this claim. Assuming the similarity between the competing marks and applying the ratio in Warner Bros. Entertainment Inc. v. Harinder Kohli and Ors., 2008 (38) PTC 185 (Del), Kraft will have to prove that the targeted audience is unable to discern the difference between the two marks. Prima facie, “Treat-O” and “Oreo” sound quite distinct to me. However, a conclusion cannot be drawn for the reasons stated above.