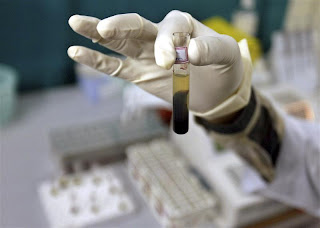 The new year seems to have ushered in with some news for compulsory licensing in India.

As ET reports, Natco Pharma has sought a voluntary license from Pfizer to manufacture and sell Pfizer’s HIV drug maraviroc (sold as Celsentri).In its notice to Pfizer, Natco stated that the US drug costs an arm and a leg to the HIV patients in India, which has approximately 2.3 million HIV positive patients. Celsentri costs about 65k for a month’s dosage whereas Natco claims that it can make a copy of the same which will cost around 15k. To quote ET, “this will be a big test case for the application of compulsory licensing provision in India”. Pfizer,as is expected, will be declining this license to Natco owing the investments made for the R&D of the drug.

This case will thus be a landmark in striking a balance between the affordability of the expensive medicines by the poor masses in India and the investments made by the pharma companies. As per the Patents Act, Pfizer will have six months to reply to the notice of Natco. In the event of a likely rejection of the grant of license, Natco can approach the government for compulsory licensing to sell a affordable version of the drug after paying due royalties to Pfizer. As per the Indian law, the government can invoke the provisions relating to complusory licensing after three years of grant of the patent if the product patented is not affordable for public or if the company fails to launch the product after having obtained the patent.However, most innovator companies have been opposed to the idea of compulsory licensing.

Natco had tried to seek a similar license from Pfizer for its anti-cancer drug to be sold in Nepal  in 2007 but was unsuccessful in obtaining the same.  We have covered this issue on the blog which can be read here, here and here. The outcome of this notice to Pfizer will be instrumental in determining the fate of compulsory licensing in India which has been a fairly recent addition to the Patent Act.

Recently, we had covered the issue of  DIPP discussion paper on compulsory licensing  in the Indian pharma sector which can be accessed here and here.