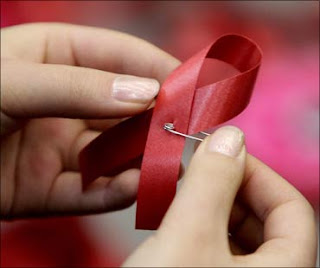 The Indian Patent office has rejected Abbott’s patent application on its heat-stable version of Lopinavir/Ritonavir drug ( sold under the brand name “Kaletra” ) on grounds including failure to satisfy inventive step. The rejection was in response to pre- grant oppositions filed by I-Mak , Cipla, Okasa Ltd and Matrix Lab Ltd.
The decision paves the way for access to life-saving medication for patients across the world, noted Tahir Amin, director of initiative for Medicines, Access & Knowledge (I-MAK), one of those who initiated legal action against the US company. The development sets an important precedent to stop pharmaceutical companies from gaming the patent system, I-MAK note added. A generic version of Lopinavir/Ritonavir is currently being produced in India for domestic consumption and exportation. As Abbott’s patent application has been denied, generic manufacturers can continue producing them.
Lopinavir/Ritonavir is one of the medications recommended by World Health Organization for second-line treatment in HIV-positive patients whose first set of medications can no longer keep them healthy. I-MAK points out that the medication is the subject of the greatest abuse of the patent system around the globe. Since 1992, when Abbott was awarded its first patent related to Ritonavir in the U.S., the company has sought at least 75 new patents on essentially the same set of drugs in Lopinavir/Ritonavir. Abbott has continued making minor modifications over the last two decades and cement its monopoly on these products. In a continuation of that strategy, Abbott tried to seek a new patent in India on the basis of a modification which adds no clinical benefit.
There are over 33 million people living with HIV today. Of these, nearly 15 million require access to HIV drugs, the note said. Further, it adds, cost-savings generated over a three-year period by introducing generic Lopinavir/Ritonavir to 43 low- and middle-income countries will be sufficient to cover 130,000 new patients on HIV treatment who currently lack access. In other words, 130,000 lives can be saved from opening up the market for this drug alone.
For more, see here.