The mark “Manjal” was removed from the trade marks registry vide Order dated 21st January, 2011. “Manjal” is the Malayalam / Tamil translation for turmeric / haldi (in Hindi). It was registered by M/s Oriental Extractions Pvt. Ltd in Class – 3 for “ayurvedic bath soap”. The instant application for rectification was filed by Mr. S. Sivasubramanyan, Proprietor of M/s Divine Pharmaceuticals, Kollam before Deputy Registrar of Trade Marks. Interestingly, none appeared for the registered proprietor. This Order will have considerable impact upon the pending suit between Marico Ltd and Divine Pharmaceuticals which pertains to the same mark. [covered here ] 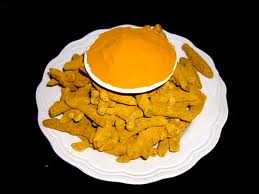 The applicants, for the following reasons, argued that the mark was descriptive:
a) the mark “manjal” was the name of the essential ingredient of the goods which were registered
b) the mark was a direct reference to the characteristics of the goods
c) the mark described the kind, value and intended purpose of the goods
Turmeric is commonly used as an anti-bacterial and anti-aging agent. Thus, the Order rightly noted that the mark “manjal”, registered in class – 3 in respect of “bathing soap”, had direct reference to the character and quality of the goods and hence, highly descriptive. [For more on law related to descriptive marks, see here.] Further, since the word was in the public domain, no one could claim an exclusive right over it. Thus, it was inherently incapable of distinguishing the goods within the provisions of Section 9(1) (a) of the Act. It also satisfied S. 9(1) (b) which precluded trademarks designating kind / quality / quantity / intended purpose / values / geographical origin from being registered. The mark was also generic in nature. Therefore, it was removed from the Register under Section 57(4) of Trademarks Act, 1999. There was no Order on costs.
The instant Order should be appraised in the background of Delhi High Court’s refusal to grant injunctions on substantially descriptive marks in Marico Ltd v. Agro tech foods Ltd & Stokely v. Heinz covered here. The Court, in Marico, heavily criticised the tendency in claiming monopoly over descriptive words – “It is high time that those persons who are first of the blocks in using a trade mark which is … purely descriptive [of the] product ought to be discouraged from appropriating [such] a descriptive expression … for claiming the same to be an exclusive trademark and which descriptive word mark bears an indication to the products kind, quality, use or characteristic etc.” In this milieu, the instant case being an egregious attempt to monopolise a commonly used word, there should have been an Order as to the costs. This is within the purview of powers granted by Section 127 (b) of the Act viz., in all proceedings under the Act before the Registrar, he can make orders as to costs which he considers as reasonable. This will have deterred misuse of Trademarks Act which adversely affects small entrepreneurs who may want to use commonly – used words as part of their marks. Though silent on costs, the Order referred to the observations of Farewell L.J in Joseph Crosfield & Sons Ltd’s Appn ((1909) 26 RPC 837) which are quite relevant in the instant context – “The purity of the Register of Trade Marks is of much importance to trade in general quite apart from the merits or demerits of particular litigants, and it is the duty of the Tribunal to see that no word not ‘adapted to distinguish’ shall be put on the Register in the interest of other traders, wholesale and retail, and of the public. If this were not so, the large and wealthy firms with whom the smaller folk are unwilling to litigate, could be a system of log rolling…divide amongst themselves all the ordinary words of description and laudation in the English language”.
The Order also addressed an interesting jurisdiction issue. As per S. 125 (1) , where in a suit for infringement of a registered trade mark the validity of the registration of the plaintiff’s trade mark is questioned by the defendant, the issue pertaining to the validity of the registration of the trade mark concerned shall be determined only on an application for the rectification of the register and notwithstanding Ss. 47 or 57, such application shall be made to the Appellate Board and not to the Registrar. The registered proprietor, referring to the above provision and the pending suit between Marico Ltd and Divine Pharmaceuticals, questioned the jurisdiction of Trade Marks registry in his counter statement. The applicant successfully blunted this argument by citing the difference in parties in the pending suit (Marico Ltd and Divine Pharmaceuticals) and the instant rectification application ( Oriental Extractions and Divine Pharmaceuticals). As evident from above, while Marico is not a party to the instant rectification application, Oriental is not a party to the suit. Therefore, the suit and the rectification application should be perceived differently
H/T: On behalf of Spicy IP, I would like to thank Mr. Praveen Raj for drawing our attention to this Order.