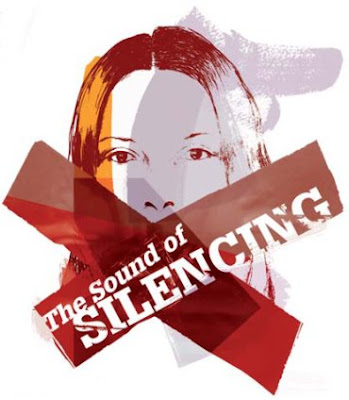 If there is one thing that we cherish on this blog, it is the ability to speak our hearts and minds freely, within the reasonable bounds of propriety and the law. Naturally, we are wont to take umbrage at any attempt to silence us, particularly by those that have a vested interest in the outcome of a case.
Given that a prime objective of this blog is to foster transparency in IP institutions, we often have to hunt for and unearth information that is otherwise opaque….. information that no other IP stakeholder will publish or disseminate, for fear of consequences.

Prashant’s posts on IPRS were some of the finest in legal investigative journalism that I have seen. Night after night, as he burnt the midnight oil, a burning to which I was privy, I couldn’t help but wonder at the sheer passion and dedication that went into the task …a task involving meticulously painful reviews of a complex array of information (that he procured through craftily worded RTI’s) to construct a brilliant expose…highlighting the underbelly of collecting societies and their sham deals and transactions aimed at screwing artists (pardon my French). What is most surprising about this entire ordeal is the fact that these premeditated efforts went unseen and unchecked for so long…shining India indeed!

Given the high stakes involved in IP matters, it’s not surprising that we’re frequently at the receiving end of dark forces that harbour a rabid distaste for sunlight, which as the legend goes, is one of the best known disinfectants.

Attempts to silence us have taken various forms in the past. Some have tried to speak to our feeders (those that feed us with information), warning them of dire consequences. Some have threatened defamation law suits. Some have even gone to the extent of threatening our families.

The latest silencing avatar seeks to do so rather speciously through his own conjured up version of the law of sub-judice.

Satish Murti, who appears to be a Cochin based lawyer wrote to us in the wake of the Manjal controversy, alleging that we violated cardinal principles of sub-judice by commenting on the order passed by the Deputy Registrar, wherein the said Registrar had revoked the “Manjal” mark. He noted in an email to Mathews George, the author of the post, as below:

“As counsels appearing for a party who is deeply aggrieved by the grant of registration of “Manjal” before various courts we would still never venture to report on matters that are pending consideration before courts of law. We know for sure the need to honour and safeguard the majesty of court proceedings. This is normally achieved by refraining onself from reporting any further on this matter until the litigation comes to an end…”

Prashant Reddy replied to Murti as below:

If you have any specific comments on the content of the post or the facts of the case, you are more than free to make a comment on our blog – we welcome it. However please do not try to lecture us on the merits of writing about a case which is pending appeal. There is no law and no judgment barring anybody from speaking on the merits of a case which is under appeal. In fact you may have heard of the fundamental right to free speech enshrined in Article 19 of the Constitution and we merely choose to exercise the same.

The majesty of the Court is in no way reduced just because we reported on a case that was lost by your clients. Besides we need independent confirmation that you indeed represent who you claim to represent because the order records that nobody appeared for the trademark proprietor.

We hope you can engage with us in a constructive debate on the blog because we will definitely sharpen our focus on this case after your attempt to silence us.”

Murti in turn replied to Prashant in an obviously upset tone, clarifying that he was not counsel for Marico, but was counsel for one of the parties that was actually challenging the validity of the Manjal mark.

I then later replied to Murti as well, as below:

“By your logic, no case can be written about till it is finally disposed off by the Supremes, for that is when a litigation comes to a final end (barring cases of review). And 95% of most legal writings on cases in this country (the writings in newspapers and magazines, blogs, law journals etc) will all fall foul of this heightened legal standard that you have conjured up and wish to impose on us.

I hope your advise to clients re: trademark law is more sound than your advise to us on the principles of sub-judice and what can and cannot be commented upon in media.

Please note that we will take a strong stand against any attempt to unduly silence us.”

Hurt and shaken by what he labelled as very “rude” responses from Prashant and me, Murti proceeded to complain to Prof MP Singh, the Vice Chancellor of WB NUJS, the University where I work. Prof Singh very politely told him that the blog is independent of NUJS and that keeping in line with principles of academic freedom, he cannot and will not interfere in the work that I do. Hardly surprising, given that Prof Singh is one of the staunchest defenders of academic freedom that I know.

In fact, prior to my joining NUJS, when I queried him on the limits of academic freedom and my apprehensions that the government may try and silence me (since my Chair was instituted and paid for by the government), his one line response was: “if they ever try that, we will ask them to take back their chair.” Indeed, academic freedom continues to be one of the strongest reasons that I remain at NUJS.

Mr Murti did not leave it at that, but proceeded to lecture Prof Singh on why he still thought the University should take a strong stand against those that dared to comment on matters before courts. And continued to rant on sub-judice (or at least his delusional version of this doctrine) and the majesty of our courts that he was so keen on shielding. A true officer of the court, one might say!

What strikes me as rather odd is that our first post on Manjal (highlighting its revocation) was hardly adverse to Murti’s client. Why then is Murti upset? Is there something more than meets the eye? Does he not want us to examine the case at a deeper level and report? In one of his posts, Prashant highlighted the fact that the Registrar may not even have had jurisdiction to revoke the Manjal trademark. A comment to this post interestingly states:

Have you seen the order passed by Mrs. Kasturi in a related rectification filed for removal of mark Manjal by Mathew & Sons. I am an insider to Trade Marks Registry and hence not in a position to provide u with the same. In that order Mrs. Kasturi not only overlooked the position of law but also failed to change the name of parties to the dispute. It is believed firmly believed even by higher authorities at Trade Marks Registry that Mrs. Kasturi has malafidely passed this judgement without giving any reason and in violation of natural justice.”

In the meantime, Mr Murti, may we please urge you to help restore the majesty of the courts and the legal profession by defending the fundamental right to free speech, even if it should jar in your ears or those of our esteemed judges? And may we beseech you to substitute your heartfelt sub-judicious view with a more evolved super-judicious one…one that will help promote a more vibrant, courageous, open and “sound” discussion around IP cases?