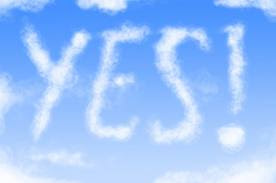 In an interesting development, the Financial Express has reported that several Indian pharmaceutical companies have demanded a data exclusivity law in order to protect their invesments in global clinical trials. The report identifies the pharmaceutical companies as Glenmark, Dr. Reddy’s, Glenmark, Lupin, Bharat Biotech and ‘many others’. The report however does not mention the source for this comment. (Image from here)
If this report is true, it is significant for three reasons:
(i) It represents a major fissure amongst the members of the Indian Pharmaceutical Alliance (IPA), whose spokesperson Mr. D.G. Shah has been one of the most vocal critics of data exclusivity. The IPA surprisingly does not have a website but I’m reasonable sure that alteast Dr. Reddy’s, one of the biggest players in the generic pharmaceutical market, is a member of the IPA.
(ii) Recently in the backdrop of the Indo-E.U. FTA, there have been several protests by patient groups against the E.U.’s demand for data exclusivity. In the good old days patient’s group were more or less aligned with the domestic pharmaceutical industry, with both groups jointly fighting the MNC. However it now seems that pharma majors like Lupin, Glenmark and Dr. Reddy’s have chosen to break ranks with the patient groups. This could have a significant impact on the government’s negotiation strategy with the E.U.
(iii) The Pesticide Mangement Bill, 2008, which proposes a data exclusivity clause for agro-chemicals, is scheduled to be debated and passed in the current budget session of Parliament. It was placed on the Rajya Sabha’s ‘List of Business’ twice last week by Agricultural Minister Sharad Pawar but could not be taken up due to the debates on the 2G scam. As we had reported earlier last year the Parliamentary Standing Committee had advised Parliament to increase the proposed data exclusivity period for agro-chemicals from 3 years to 5 years. There was no reasoning given for this proposed increase. The BJP is reportedly against this amendment, despite the fact that Standing Committee’s report was unanimous without any dissent from the BJP members.
In any case we should hopefully witness a Parliamentary debate on this very contentious topic, very soon.