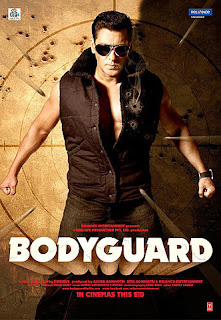 I’m pleased to bring to you yet another guest post from our guest blogger – Tania Sarcar a recent graduate from NUJS, Kolkata.
Reliance Entertainment gets yet another ‘John Doe’ order from the Delhi High Court

Reliance Entertainment has recently announced that the Delhi High Court has granted it a ‘John Doe Order’ to prevent the illegal broadcast or streaming of its upcoming film, ‘Bodyguard‘, which stars Salman Khan and Kareena Kapoor as the lead pair.
This order restrains websites, cable operators and Internet Service Providers (ISPs) and others from infringing or violating Reliance’s copyright by illegally showing the movie. The order is supposed to be a measure to prevent piracy of ‘Bodyguard’ and is expected to bring down piracy levels for the film by 60 per cent according to Reliance Entertainment Vice-President Music and Anti-Piracy, Sanjay Tandon.

This ‘John Doe’ Order gives protection to the intellectual property owner, Reliance Entertainment, from copyright violation by prospective anonymous offenders. It thus enables an IP owner to serve the notice and take action at the same time against anyone who is found to indulge into infringing the copyright of the movie. A ‘John Doe’ order does not specify any one defendant in particular. It is meant for everyone who would infringe the copyrights of a product. The name ‘John Doe’ is used as a placeholder in a legal action or case for any person whose true identity is unknown- in this instance, a potential pirate interested in illegally downloading or sharing prints of the film for which the order has been obtained.

Earlier, the company had procured a similar court order for its last film, ‘Singham’, starring Ajay Devgan. This had allegedly brought down piracy of the film by 30%. For Singham, the Delhi High Court order did not ask for the file-sharing websites to be shut down; it only asked for the ISPs to ensure that the film in question was not illegally distributed. The trouble is that ISPs with the technology they use cannot ensure that they can monitor users to share other files which blocking only Singham. As a result there cannot ensure adherence to the order. Therefore, the ISP played safe and blocked all popular file-sharing sites. Websites such as Megaupload, RapidShare, MediaFire, DepositFiles, and others served up a static page saying that the “site has been blocked as per instructions from the Department of Telecom”. This ban was reported by subscribers of major ISPs, including Reliance, MTNL, and Airtel.”

If this is set as a precedent, one might as well say goodbye to file-sharing sites forever.