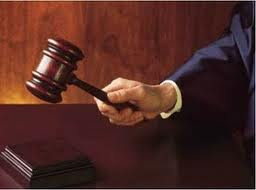 In this post, I will be covering the recent decision of the Delhi High Court in the case of PHI Learning Private Limited vs. Dr. (Mrs.) P. Meenakshi on the issue of permanent injunction for restraining the author from assigning the copyright to any other person.

FACT
PHI Learning Private Limited (earlier known as Prentice Hall of India)engaged in the business of printing and publishing of books, entered into an agreement with Dr. (Mrs.) P. Meenakshi author of the book, “Elements of Environmental Science and Engineering” on 01.12.2004.
As far as the agreement is concern:

(a) PHI Learning Private Limited (publisher) has exclusive rights to publish, re-print and sell the book, “Elements of Environmental Science and Engineering” during the full term of the copyright.

(b) Dr. (Mrs.) P. Meenakshi (the author) was required to get 15% of the net receipts in India on all the copies sold by publisher, as royalty.

On 11.05.2009 the author informed to the publisher that, they had been making multiple printing without paying royalty, so she wants to give the publication rights to a third party.

The publisher is of the opinion that regularly it has been paying royalty and nothing is due.

ARGUMENTS MADE BY THE PLAINTIFF

On the basis of the agreement dated 01.12.2004, the plaintiff has exclusive rights to print, publish and sell the work of the defendant, “Elements of Environmental Science and Engineering” during full term of the copyright.

The plaintiff has been paying royalty to the defendant in July every year, along with the annual report of the sale and nothing is due up to 31.03.2009. Even after filing of this suit, the defendant continue to receive royalty from the plaintiff.

There is no breach of agreement from plaintiff’s side and it spent a lot of money and used considerable manpower for promoting the aforesaid book, amongst various institutions in India. Permanent injunction to restrain the author from entering any agreement, assignment or licence with third party will be economically and morally justified.

ARGUMENTS MADE BY THE DEFENDENT

None argued for the defendant

DECISION OF THE COURT

As far as the agreement, is concern, the copyrights in the book “Elements of Environmental Science and Engineering” including the right to publish, distribute and sell the aforesaid book, has been assigned to the plaintiff. So the defendant has no right to assign these rights to another person, provided she is paid whole of the royalty.

No material has been brought before the Court to show that the plaintiff had misused its faith, and given false details of annual report to the defendant.

A decree for permanent injunction is passed with cost restraining the defendant from assigning the copyright of the aforesaid book to any person during subsistence of the agreement dated 1.12.2004, provided the plaintiff continues to pay royalty to the defendant.