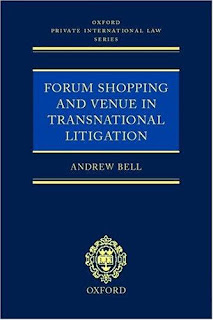 We have recently received information about an interesting patent infringement case filed by Astellas Pharma Europe B.V. (‘Astellas’) a company incorporated in the Netherlands, before the Delhi High Court (C.S. (O.S.) No. 1166 of 2011) against Micro-Labs Ltd., a Bangalore based Indian pharmaceutical company. Despite the distinctly European name of the Plaintiff, it is in reality a subsidiary of a Japanese company, which in itself is the child of a merger between two Japanese companies. For some reason, probably one of convenience, it is this Dutch corporation which holds most of the world-wide patents of the Japanese group companies.
This is an interesting case because the thrust of this patent infringement action is aimed at cutting the supply lines of Mylan’s French subsidiary (Mylan SAS) and it is not really aimed at stopping any marketing activities of the impugned product within India. It must be remembered that until now the patent litigation in India has always been aimed at stopping the marketing activities of generics within India itself. Indian courts are therefore slowing turning into a playground for global litigation. The history of the litigation between the parties, the details of the patent and the lawsuit are explained in greater detail below:
A. History of the Litigation
The litigation before the Delhi High Court can be traced to a commercial agreement between ‘Astellas’ and Mylan SAS for the supply of amoxicillin fast disintegrating tablets along with the sale of the requisite registration data in order for Mylan to be granted, regulatory approval for marketing the drug in France. This commercial arrangement which continued for at least a decade gradually lapsed and Mylan eventually entered into a commercial agreement with Micro-Labs for the supply of the same tablets which were previously being sourced from Astellas. Once Astellas learnt that they had been dumped by Mylan for Micro-Labs, they sued Mylan for patent infringement in France on the grounds that the tablets in question were covered by the claims of a European Patent bearing number 0910344. Mylan counter-sued by initiating legal proceedings for the revocation of the European Patent on grounds of invalidity etc. After several legal threats to Micro-Labs, Astellas filed the present patent infringement suit against Micro-Labs in May of 2011 for violation of the corresponding Indian patent granted by the Chennai Patent Office. However this suit before the Delhi High Court had been pre-empted by both Mylan and Micro-Labs filing separate revocation petitions against Astella’s Indian Patent before the IPAB on the ground of obviousness etc.

B. Indian Patent No: 234753
Astellas has filed the present infringement suit against Micro-Labs on the grounds that its Indian patent number 234753 was infringed. Claim no. 1 of the patent reads as follows:

1. A granulate for the preparation of fast-disintegrating and fast-dissolving compositions, containing an active ingredient, having a solubility in water of 1:>10, in admixture with a water dispersible cellulose, which is a microcrystalline cellulose and sodium carboxymethyl cellulose, characterized in that the water dispersible cellulose is present in an amount of < 15 wt%, the percentage based on the weight of the active ingredient. The remaining 9 claims are dependant claims.

The patent specification explains in the following manner, the problem sought to be solved by the present invention lay in providing a “composition or manufacturing method, which would be generally applicable to all kinds of active ingredients having a solubility in water of less than 10%, in order to obtain fast-disintegrating and fast dissolving compositions, containing a high amount of the active ingredient, while using conventional production equipment”.

The patent specification also explains that the prior art in the field has always contained a lower percentage of active ingredient than the claimed invention which has managed to maintain a higher percentage of active ingredient with the same rate of dissolution thereby not only increasing the bioavailability of the drug but also vastly improving the efficiency of the entire manufacturing process.

C. The defence put up by Micro-Labs in the Delhi law-suit
Since Micro-Labs had already received legal notices from Astellas regarding the alleged infringement, they had filed caveats in all relevant courts and were present in the Delhi High Court on the day Astellas suit came up for the first hearing. Micro-Labs has claimed the following defences in the infringement suit:

Conclusion: Most of the above allegations and counter-allegations by both parties can be decided only at the stage of trial. The only issue which can be decided without leading any evidence is the jurisdiction question. If Micro-Labs does file an application under Order 7 Rule 11 of the CPC it is possible that the Delhi High Court will reject the entire plaint for want of jurisdiction. The reason for this being that Astellas has claimed jurisdiction by virtue of Section 20 of the CPC stating that Micro-Labs is residing and carrying out business within the jurisdiction of the Delhi High Court. It must however be noted that Micro-Labs has only a branch office in Delhi, while its registered office is in Bangalore. The ‘explanation’ to Section 20 of the CPC allows for corporations to be sued only at the location of their registered office and not at the location of their branch offices unless the cause of action arises in the location of the branch office. In the present case, Micro-Labs only has a branch office in Delhi, with the registered office located in Bangalore. It is not even the contention of the Plaintiff that Micro-Labs is marketing the impugned product in Delhi and hence there is simply no cause of action in Delhi. If there is no cause of action in Delhi, the suit will necessarily have to be dismissed even before the trial begins.