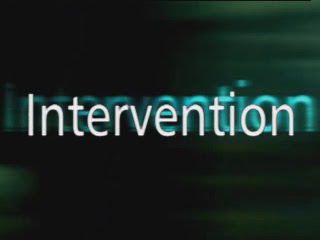 With the recent recusal in the Novartis patent dispute, one is not sure as to when a new bench is likely to be constituted. Will it take a month? Several months? A year? Will there be more recusals along the way, given that the threshold for recusals has sunk really low?
Meanwhile, for those interested, here is a link to a draft of the intervention submission I intend to file before the Supreme Court. It still needs cleaning up, but the key issues and arguments have been discussed in some detail. At some stage, I intend converting this to an academic piece as well for publication: so all comments and suggestions welcome.

The intervention begins by focussing on the key issues raised by the dispute:

The key submissions on the above issues are highlighted below:

(1) greater effectiveness; (2) greater safety; or, (3) demonstration that the drug makes a major contribution to patient care in “unusual cases.”

The ODA angle is one that I’ve been thinking through a while now and we had raised this on the blog earlier. So am particularly interested in comments on this aspect.

The key reason for arguing that section 3(d) admits of only “therapeutic” properties and not any “property” is that:

“The Explanation to section 3(d) clearly states that all pharmaceutical derivatives would be considered the same “substance”, unless “they differ significantly in properties with regard to efficacy.”

The above clause refers to only those “properties” that have some bearing on “efficacy” and not all properties. If “all properties” were to qualify, it would effectively render the term “efficacy” redundant. Principles of statutory interpretation followed by Indian courts suggest that one cannot interpret a statute in a manner as to render a term in the statute redundant. Had Parliament intended any property to qualify, the Explanation would simply have stated “unless they differ significantly in properties”. And the main section would have stated “the mere discovery of a new form of a known substance which does not result in the enhancement of the known “properties” of that substance.”

Therefore, not all advantageous properties (such as improved processability or flow characteristics, storage potential etc) of a new form ought to qualify under section 3(d), but only those properties that have some bearing on efficacy.

Although this precise line of argument pointing to the phrase “properties with regard to efficacy” does not appear to have been explicitly articulated by either the Madras High Court or the IPAB, it is one that compellingly supports a restrictive interpretation of the term “efficacy”. This interpretation in favour of a stricter efficacy reading is further buttressed by the objectives of the Act, which suggest that section 3(d) was introduced to prevent ever-greening.”

The intervention submits that the evidentiary requirements for efficacy ought not be as onerous as that required for by drug regulatory regimes. It argues:

“Therefore, in many cases, it is unlikely that at the patenting (drug discovery) stage, the applicant would possess any clinical trial data at all. It would therefore be irrational and unethical even to insist on clinical trial evidence only for the purpose of satisfying patentability requirements under section 3(d).”

3. Does Bioavailability Amount to Increased Efficacy?

The intervention argues that bio-availability by itself cannot amount to enhanced efficacy. Rather, this has to be independently established. Bioavailability means “the rate and extent to which the active drug ingredient or therapeutic moiety is absorbed from a drug product and becomes available at the site of drug action”

In some cases, a new form with increased bio-availability might confer significant benefits in terms of reduced toxicity. Assume that the earlier known substance had to be administered at 10gm to be therapeutically effective, but that this 10 gm was significantly toxic to the patient. If the new form now enables 5 gm to deliver the same therapeutic impact with greatly reduced or no toxicity at all, this is a significant clinical advantage in so far as the patient is concerned.

In the specific facts of the case under dispute before this Hon’ble Court, the Petitioner sought to establish that when compared with the Imatinib free base, the beta crystalline form demonstrates a 30% increase in bio-availability. However, this by itself does not demonstrate any therapeutic advantage in relation to the patient.

Such advantage has to be independently established. The intervenor refers the Hon’ble Court to a drug regulatory norms which state that “it is not the intent of a bio-availability study to demonstrate effectiveness, but to determine the rate and extent of absorption. If a drug product is not bio-available, it cannot be regarded as effective. However a determination that a drug product is bio-available is not in itself a determination of effectiveness.”

4. What is the known substance for the purpose of section 3(d)?

One of the key issues under section 3(d) is: what is the “known substance” against which the enhanced “efficacy” comparison ought to be made?

This would in turn turn upon the question below:

Could a person skilled in the art have produced imatinib mesylate from the teaching of the 1993 patent and other prior art existing up to 18 July, 1997 (the priority date of the patent application covering the beta crystalline form) without undue experimentation? And if yes, in what form would such imatinib mesylate be obtained?

Assume that the skilled person would get to Imatinib Mesyalte in Form X by following the teachings of the prior art. If so, then Imatinib Meslate in Form X is the known substance against which to compare under section 3(d).

The IPAB fails to see the distinction between the alleged disclosure of a substance and an enabling disclosure. It must be borne in mind that the imatinib mesylate salt, mentioned in the 1993 patent and the 1996 Cancer Research’ Article was known only to Ciba Corporation and its scientists (the predecessor of Novartis). Therefore, the mere fact that imatinib mesylate finds mention in this article written by insiders cannot be taken to mean that it is indeed now known to the public. Even assuming the skilled person could have arrived at imatinib mesylate from the teachings of the prior art, the decision of the IPAB does not indicate as to what form such imatinib mesylate would be obtained in.

The intervenor therefore requests the court to appoint an independent scientific expert under section 115 of the patents act to aid it in making this determination.

B. Novelty and Inventive Step:

Since the IPAB ruling on this count does not appear well reasoned and is not based on expert evidence testifying to the appropriate capabilities of a skilled person in the art at that given point in time, the intervention asks that the court appoint an independent scientific expert under section 115 to help determine this issue.

C. Can Patents Be Denied on Grounds of Excessive Pricing?

The intervention submits that this is a ludicrous legal proposition. Under current Indian patent law, the excessive price of a drug cannot be a ground for denying a patent to an invention underlying the said drug. The key issue at the time of granting a patent is whether the invention represents a good enough technical/scientific advance to merit a twenty year monopoly. Any potential abuse of a patent after its grant is redressable through ex post measures such as compulsory licenses and price controls.

Such an additional patentability criterion based on price will most likely fall foul of TRIPS.