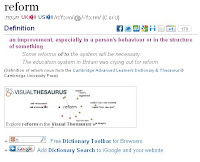 Our patent office recently issued a circular relating to examination of patent applications and consideration of examiner’s report by the Controllers.  This circular provides an insight into the current process of examination of a patent application and also provides concrete steps to reduce the delay (at the patent office) in examination.  In my opinion, this is a very welcome step and long overdue.  PS:  We had, in one of our previous post provided suggestions for improving the working of the patent office and we are happy to note that the circular incorporates a few of those suggestions including the one for providing a detailed order with reasons for rejections/acceptance.

The circular provides an instance of undue delay:  “..[O]fficers acting as Controllers are unduly spending considerable time in reinvestigating the report of the Examiner and at times over-rule the opinion of the Examiner without recording sufficient reasons for such over-ruling in the file.”
A summary of standing instructions issued for examination in the circular is provided below:
i.  Classification of patent applications according to subject matter group at the time of receipt of application.
ii.  Determination of priority date on a claim basis (rather than entire application).
iii. Responsibilities of Examiner:
iv.  Responsibilities of the Controller: