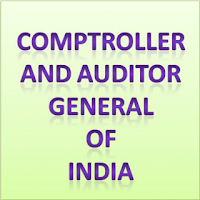 Earlier this year, we had blogged about the shocking disappearance of around 44,000 missing files from the 5 offices of the trademark registry. The 44,000 missing files had come to light after Justice Murlidhar of the Delhi High Court, hearing a petition by Haldiram Pvt. Ltd., ordered the DIPP to investigate the same. A few months after that internal investigation supervised by Ms. Chandni Raina, Director of the DIPP, the Controller General’s office issued a public notice, informing the general public that the number of physical files missing had been reduced to 8183 after further stock-taking. Image from here.
Needless to say, the initial figure of 44,000 files left several of us shocked out of our wits. I had filed a RTI application a couple of months ago with the DIPP for a copy of the investigation report + a copy of the affidavit filed by the DIPP before the Delhi High Court in the case of the missing files. I’ve received a copy of both documents (3 pages missing though) which are now available for download over here.
Interestingly, the DIPP in response to one of my queries has also informed me that the Government has not initiated any administrative or criminal proceedings against a single official, in the case of the thousands of missing files at the TM Registry. This reply can be accessed over here. Readers may remember that the Controller General himself had requested for a CBI probe against the staff at the trademark registry for alleged corruption. Why is it then that the DIPP is not lifting a finger against anybody in the trademark office? Regardless of whether it is corruption or inefficiency, somebody has to be held accountable for 44,000 missing files. Why is there a complete lack of political will to enforce the law? Is the DIPP waiting for somebody to petition the courts seeking a CBI probe into the matter? So far, the DIPP has only filed 2 criminal complaints (FIR) with respect to the missing Haldiram files. What about the remaining 8000 files? Why have they not filed any FIRs with respect to the remaining 8000 files? Missing or destroyed government files are serious business – punishable under the law.
The bigger issue however, in my opinion, is the actual magnitude of missing files? The reason for my doubt is the fact that the DIPP’s inquiry has been an ‘in-house’ audit with the DIPP depending on the staff at the Trade Marks Registry. This is like asking Ramalinga Raju to conduct an audit of Satyam’s accounts. There is a clear ‘conflict of interest’. How can the people accused to being responsible for the missing files, conduct an audit to trace these missing files? I don’t blame the DIPP for using the TM staff to audit the files because they had to submit a report immediately to the Delhi High Court but now that it does not have any deadline to meet, it should request an audit by the Comptroller & Auditor General (CAG) into the missing files at both the Trade Marks Registry and the Patent Office. The CAG is the only constitutional body with the expertise and resources to carry out a large-scale audit.
Let’s keep in mind that the Intellectual Property Office (IPO) is the largest revenue earning department for the Government of India. In 2009-2010 the IPO earned revenue of Rs. 215.25 crores for the Government. Obviously missing files are going to affect the GoI’s revenue and that in itself is a ground for CAG to audit the IPO. However apart from the question of missing revenue, we must remember that the trademark and patent rights are unique rights, in the sense that they are the only state created/sanctioned monopolies which seriously restrict the fundamental rights of other citizens. Any fraud or inefficiency at the IPO will result in a large scale violation of fundamental rights.