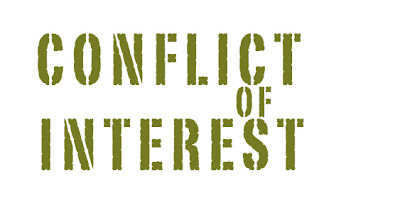 T’was only some months ago that a big ticket IP litigation involving Novartis’ anti-cancer drug was derailed owing to the recusal by a Supreme Court judge (Justice Bhandari), following allegations of bias.

I then pondered on the norms for recusal, asking where we ought to peg our standards? Too strict a standard of recusal, and judges are let off too loosely (and we end up with genuine miscarriages of justice). Too liberal a standard (where anything and everything qualifies as an apprehension of bias), and we end up forcing our judges into a reclusive cocoon (ala Simon and Garfunkels’ “I am a rock. I am an island”).

An important issue I raised then was whether or not it ought to matter as to who paid for the judges’ hospitality for attending the impugned conference. Well it turns out that judges cannot accept any foreign hospitality, since the government of India anyway pays for this. This comes not from me, but from Justice Ruma Pal (a distinguished (former) Supreme Court judge) in a very hard hitting speech that she made about a month or so ago. In her Tarkunde memorial speech, she criticises a government of India rule that judges ought to take permission to attend foreign conferences and that this has to be necessarily paid for by the Government of India (the Executive). In her words:

“At present no judge, whether of the Supreme Court or the High Courts can accept any invitation from any foreign person or organization or indeed even visit a foreign country out ofhis/her personal funds, unless an application is made to the State and Central Governments with the approval ofthe Chief Justice two months ahead of the date of departure and the application is vetted by different Ministries and ultimately allowed or disallowed by an executive order which may or may not be received before the date fixed for leaving!”

In the meantime, a similar conflict issue has arisen in the copyright context, albeit involving the copyright amendment bill and India’s HRD Minister, Mr Kapil Sibal. Given the sheer proliferation of conflict issues within the IP space, one might quip that Indian IP today is more about conflict than co-operation.

“The Rajya Sabha’s discussion on the Copyright (Amendment) Bill, 2010 was interrupted as soon as it began. Instead, the brief discussion pivoted around the possible “conflict of interest” of the concerned Minister of Human Resource Development, Mr Kapil Sibal (pictured here). This question was raised because Mr Sibal’s son – Amit Sibal – represents the music company T-Series (Super Cassettes Industries Limited), which is a major stakeholder in the copyright industry in India.”

The question is: how serious is this apprehension of bias? But first: are the Parliamentary conflict rules also geared towards addressing apprehensions of bias in policy making? To begin with, our Parliamentary rules appear less potent than rules informing judicial recusal. An apprehension of bias leveled against a judge invariably means that the judge cannot adjudicate upon that case. However, a declaration of “interest” within our Parliamentary framework is simply nothing more than a mere “declaration”. It does not prevent the person concerned from participating in the concerned Parliamentary debate (provided he/she makes such declaration before participating). Here again, I extract from Sumathi’s post:

“Mr Reddy objected to Mr Sibal’s tabling of the Bill on grounds of Rule 294(1) – relating to a “Declaration of Interest” – of the Parliament’s Ethics Committee Report, which states that any member has to declare his interests in a matter being considered:

“whenever a Member has a personal or specific pecuniary interest, direct or indirect, in a matter being considered by the Council or a Committee thereof, he shall declare the nature of such interest notwithstanding any registration of his interests in the Register, and shall not participate in any debate taking place in the Council or its Committees before making such a declaration.”

The first issue is: does the fact that Amit Sibal (Minister Sibal’s son) represent T series pose a personal or a pecuniary interest, direct or indirect? What if Amit Sibal had only acted once T series? What if Mr Sibal had himself acted for T series during his career (and I recall he did for a Supreme court case involving an interpretation of section 52 (1) (j) dealing with version recordings. Given that Mr Sibal was and continues to remain an illustrious lawyer, its possible that he acted at one point or other for a whole range of clients with some “interest” in the present copyright bill. Does this mean that he has to declare an “interest” in all such cases? And given that his son is a rising star in the litigation firmament, does he have to declare an interest in all cases where he son acts for some client with a copyright interest (given the pervasive nature of copyright today, is there any corporate entity that does not have a “stake” in copyright law today?)

The second issue is: even assuming that there is an indirect interest here, does this pose a serious apprehension of bias? The question may not be relevant to the issue of whether or not this is an “indirect” interest, but I deal with this nevertheless to study the nexus between “interest” and apprehensions of bias.

If one were to simply examine the text of the copyright amendment bill, one finds that not all provisions favour T series. In fact, some provisions are heavily loaded against it. The Bollywood mandatory royalty provisions are a glaring example of this, where T series cannot enjoy all music revenues by itself (even assuming it has contractually taken over all rights of underlying music composers and lyricists), but must necessarily share all its revenues with them, each time the work is exploited outside of the regular cinematographic medium.

On the other hand, the amendment to section 52 (1) (j) (dealing with version recordings) clearly favours T series. As I mentioned in an earlier post:

“It bears noting that we already have such a scheme for straightforward copies, which go by the name of “version recordings” or “cover versions”. A scheme that made T series what it is today.

Section 52(1) (j) provides that anyone is free to reproduce their own version of a copyrighted song after two years of the song being on the market, provided royalties (currently, it is 5% of sales) are paid to the owner of copyright in the song (music and lyrics). The most recent copyright amendment bill (whose fate is expected to be decided this winter in Parliament) contains an amendment to this provision. Surprisingly, this amendment has received very little attention thus far. In fact, it is not even clear as to how the proposed amendment came about and at whose behest and one may need to file an RTI application to locate its genesis. But we’ll leave that enquiry for a later date (thanks to Nikhil Krishnamurthy for pointing me to this problematic secret history).”

While section 52 (1) (j) provides that a cover version can be made anytime after the expiry of two years after the first recording is made (by a music major such as T series), the amendment seeks to extend this moratorium to 5 years: in other words, sound recording companies such as T series benefit immensely, since there are no cover versions for the first 5 years after their commercial release.

Given this mixed bag, where one set of amendments favours T series and the other goes against them, can one argue that there is still a genuine apprehension of bias? Or ought we to desist from asking this question and simply follow the “declartion” rule to its letter?

And lastly, what happens now? Assuming the rules are interpreted rather liberally (with “indirect” interest being read widely), does this mean that the bill can only be discussed in the absence of Mr Sibal, the prime mover of the Bill? Or does he only have to stay away from discussions involving provisions that impact T series (one might argue that almost all amended provisions will impact T series one way or the other).

Whatever the outcome, one can be sure that these thorny conflict issues will continue to accost us with increasing rapidity in the years to come. The time is therefore ripe for for an intense discussion and debate around these norms, the standards that they must be pegged at, their overall purpose and how best to enforce them. In the meantime, for those interested, the PRS website has some excellent resources/discussion on conflict of interest rules and the Indian Parliament (thanks to Sumathi for pointing me to this).