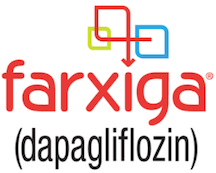 Last month, the Delhi HC refused to interfere with two orders by Shakdher J. and Gupta J. denying injunctions to AstraZeneca against 9 generic drugmakers manufacturing its anti-diabetic drug Dapagliflozin. While the issues and arguments are largely the same as the earlier order I discussed in November, the court has made some interesting observations about the nature of a patentee’s exclusive right.

An important point the court made was to reprimand the appellants for bringing two different sets of suits for the same facts, seeking the same relief, in an interval of just 16 days, when they could have saved precious judicial time by having the suits clubbed together, like they did for the appeal. It also opined that the appellants could not take advantage of the difference in reasoning by the two orders when the outcome had been the same.

To quickly recap the arguments, AstraZeneca claims that sale of Dapagliflozin violates not one but two of its patents: the genus IN 205147 (IN 147) which expired in October 2020, and the species IN 235625 (IN 625) set to expire in 2023. They argue that the drug is protected by both, though it was only specifically disclosed in the latter.

Quite like the order by Shakdher J., the case turned almost exclusively on AstraZeneca’s contentious argument that the single invention of Dapagliflozin was protected by two patents. At the outset, the court discarded this notion as a logical fallacy. It discussed several of the provisions of the Patent Act: Section 10(5), which explicitly states that a single invention can only have one patent; and Section 48, laying out the nature of the exclusive right to prevent exploitation by others. It thus opined that allowing multiple patents to subsist on a single invention would defeat the legislative intent to limit the term of exclusivity.

‘22. Rights of a patentee, unlike that of the proprietor of a trade mark, are not natural or common law rights, but are a creation of law i.e. are statutory rights. Thus, for a patentee to enjoy protection, the rights have to be within the four corners of the statute i.e. the Patents Act and there are no rights independently thereof or inherent or common law rights of an inventor or patentee.’

In the past few years, there have been several cases where the courts have been confronted with the question of whether a patent can cover, or protect more than what it discloses (see here, here, here, and here). Barring a few exceptions (that I know of), in nearly all cases, courts have upheld the rule against coverage disclosure dichotomy arising from Section 10(5), which limits claims to the extent of disclosure as per complete specification. Supreme Court in Novartis v. Union of India had ruled that ‘the coverage in a patent might go much beyond the disclosure thus seems to negate the fundamental rule underlying the grant of patents’.

Without specifically referring to Novartis, this court adopted a logical approach to arrive at the same conclusion. Section 7, 9, and 10(5) require the filing of complete specification, so as to disclose to the world the best possible method of manufacturing the invention – even if the exclusive right prohibits the monetization of this invention. Section 25 permits opposition to a patent grant on grounds that the complete specification does not sufficiently and clearly describe the invention. Moreover, Section 84 on compulsory licensing, which empowers the Controller of patents to allow a generic manufacturer to work the patent, operates on the presumption that the complete specification made available by the patentee is self-sufficient and does not require even the patentee’s assistance to work it. It follows that Dapagliflozin could not have been protected by IN 147, without it’s working being disclosed by the patent’s complete specification.

An important point to note is that there is no per se rule against genus and species patents. It is possible for the generic disclosure of a Markush structure to not specifically disclose a species invention. In Natco’s post-grant opposition to Novartis’s Ceritinib patent last year (see here and here), the IPAB had found that while Ceritinib was encompassed in the Markush structure of the genus patent, there was nothing in its disclosure to indicate how to arrive at the specific combination necessary to create Ceritinib. Thus, the species could not be invalidated.

The court found this to not be the case with Dapagliflozin. The court scrutinized an extract from the complete specification of IN 147 and IN 625 and found them to be nearly identical (see paras 25-29). Noting that both were developed by the same inventor, it opined that the question to be inquired into is whether the inventor describing the first invention, knew of the second one. Thus, if the common inventor, who was in the best position to know the technical advancement between IN 147 to IN 625, has not described them differently, AstraZeneca’s arguments cannot be accepted at a prima facie stage.

The court also posed an interesting query, asking what the situation would have been had some other party disclosed Dapagliflozin, even if based on its knowledge of IN 147? The appellants’ response to this did not impress the court: ‘if ‘A’ has a patent for a basic invention and ‘B’ later obtains a patent for an improvement to this invention, then ‘B’ is not free to use his invention without permission of ‘A’ and ‘A’ cannot use the improved version without permission of ‘B’.’

It held that a single invention could not enjoy protection by two patents’, both having separate terms. Alluding to the fundamental duty to develop the scientific temper and a spirit of inquiry, it concluded that it is inconducive to research to allow an inventor to ‘walk only part of a mile and allow others from completing the mile.’

Presumption of Validity, Concealment of Information and Public Interest

In both of the previous suits, the appellants had tried to plead their case by raising the long life of their patent and its protection in numerous other jurisdictions. This had been rejected by citing Section 13(4) which refutes any presumption of validity in favour of a granted patent. [On a related note, the USTR’s Special 301 Report this year had raised concerns regarding the lack of presumption of patent validity in India – presumably due to Indian judiciary’s strong stance on Section 13(4)].

The defendants had argued that AstraZeneca’s concealment of the obviousness-type double patenting objection raised by USPTO for the patent’s US equivalent and the subsequent terminal disclaimer (I have discussed this here) violates Section 8’s disclosure requirements. Public interest in low-priced generic drugs during the pandemic was also raised. In this order, the court did not delve into any of these issues, despite recounting them all from previous decisions. It may be that the court found the issue of overlapping subject matters in IN 147 and IN 625 to be conclusive enough to not interfere with the previous order.

Considering the recent trends in coverage-disclosure disputes, this order is not surprising. However, two things can be said:

Firstly, the interim proceedings in the dispute so far seem to be fixated on the legal question of whether coverage and disclosure can diverge. This can largely be attributed to the Appellant’s insisting that not one but two patents are infringed, which is not possible in a single invention. The real question of fact here is which of the two patents actually disclose Dapagliflozin? If, like Novartis’s Ceritinib, it is found at the trial stage that Dapagliflozin is indeed not disclosed by the expired IN 147 but by its species IN 625, then a case of infringement would be made out.

Secondly, while the court refused to allow the appellants the advantage of the difference in reasoning by both courts, it is necessary to note that the reasoning differs significantly on points of law. Gupta J.’s judgment acknowledges the possibility of divergence between coverage and disclosure based on a different reading of Novartis and holds that a final determination has to be based on facts of the specific case (see para 9.3 of the judgment). It went on to hold that Dapagliflozin could not be said to be disclosed in IN 147. It also didn’t refute the presumption of IN 625’s validity and is comparatively softer in holding AstraZeneca guilty of Section 8 non-disclosure. The decision eventually turned on the last issue, creating holes in AstraZeneca’s prima facie case. Thus, it was imperative that the appeals court engage with these observations too, instead of just relying on the outcome.