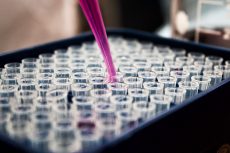 The IPAB has recently stayed the revocation of Novartis’ patent over the anti-cancer drug Ceritinib. An examination of the revocation order reveals an unfortunate oversight in examining issues relating to genus-and-species patents, as well as several procedural lapses. IPAB’s stay order brings to light important doctrinal questions that the revocation left unanswered. This post attempts to deconstruct the maze of confusing orders surrounding the Ceritinib patent revocation.

Ceritinib is a prescription drug used for treatment of non-small lung cancer, developed and patented by Novartis (IN 276026, US 8377921). Novartis obtained an Indian patent in 2016, claiming priority from the year 2007. It has been selling the drug under the brand name of ‘Spexib’ in India, and ‘Zykadia’ in international markets. In 2017, Natco filed a post-grant opposition against the patent under Section 25 of the Patents Act, 1970, on grounds of obviousness and lack of inventive step.

In March 2019, Natco started producing generic Ceritinib capsules branded as ‘Noxalk’. Novartis sued Natco for infringement in the Delhi High Court. The court held that the rights of a patentee continued to subsist even during a post-grant opposition and restrained Natco from manufacturing any more of the product. On 16th August 2019, the Controller of Patents passed an order revoking Novartis’ patent. Consequently, in the same month, the Delhi High court lifted its injunction against Natco, allowing it to manufacture generic versions of Ceritinib. Novartis then appealed to the IPAB, which has stayed the revocation order.

IPAB has stayed the revocation of the patent as the Controller’s order was based on additional evidence filed by Natco (on 4th April) after the fixing of the hearing. This is in clear violation of Rule 60 of the Patent Rules 2003 which prohibits any party from filing further evidence, once the hearing has been fixed. While Rule 62(4) permits parties to rely on publications not cited before by giving a five-day-notice, Natco’s additional evidence has been filed under Rule 138, through which the Controller exercises discretionary power to extend time periods prescribed under the Rules.  Novartis claims that it was not provided any notice regarding the additional evidence. The Controller disputes this, stating that while no written notice was provided due to lack of a prescribed procedure for giving a notice under Rule 138, they informed Novartis orally (see para 25 of IPAB order). Since Rule 138 indeed provides no specific manner of giving notice, if the Controller did inform Novartis orally, no rules were flouted per se (more on this later).

After the hearing held on 9th and 10th April, Novartis filed affidavits replying to the additional evidence, but the same was not acknowledged.  It then approached the Delhi High Court which ordered the Controller to take into consideration all documents submitted till 11th July. This included the rebuttal evidence filed by Novartis on 9th July. The Controller’s revocation order reveals that it took into account Natco’s additional evidence, terming it a very important and relevant document. The Controller then suggests that a copy of the evidence was sent to Novartis (see para 6) and additional time allotted, but it failed to submit any ‘reasonable and convincing argument’.

This is where it gets cryptic. The Controller’s statements give the impression that Novartis’ rebuttal was considered, but was not found convincing. And yet, the entire order makes no reference whatsoever to the rebuttal evidence, whereas it has devoted a lot of space to discussing Natco’s evidence. The IPAB order indicates that the rebuttal evidence was not considered at all by the Controller. Natco admits the same (para 30). Did the Controller then actually mean to say that there was no reasonable excuse for the delay in filing on Novartis’ part? Even if that is the case, the High Court order directed it to consider the evidence anyway.

Either way, IPAB is convinced that the revocation has not been decided properly. This case resembles that of the Pharmacyclics v. Laurus Labs (Ibrutinib patent opposition) which was stayed by IPAB as the Controller had similarly bypassed a court order directing it to submit the additional evidence filed by parties to the Opposition Board (discussed on the blog here). This High Court order provides clues as to why IPAB may have stayed the revocation, despite there being lack of clarity on Rule 138. In Para 34, the court observes that Rule 138 has to be used ‘sparingly’ and in a manner that is ‘not detrimental to any party.’ It goes on to say that, ‘This power, however, would not result in extending the period specified in Rule 62(4).., where publications can be cited five days prior to the hearing. If the one month period is read into this provision, the entire purpose of the scheme would be set at nought and thus while under Rule 60 further evidence can be filed, once the notice of hearing is issued, no extension can be granted.’ Thus, even if an oral notice was given, the exercise of this Rule against Novartis’s interests is impermissible.

Why the Evidence Matters

Natco has opposed the patent, arguing that the compound structure of Ceritinib is a part of the Markush structure of two previous patents held by Novartis (IN 240560, US 7893074 and IN 232653, US 7964592). Those familiar with Patent law would know that Markush formulae represent chemical structures which contain a group of several related chemical compounds, often running into millions. According to Natco, Novartis already owns patents over the whole genera of chemical compounds. The additional evidence submitted on 4th April consists of excerpts from US FDA’s Orange Book: Approved Drug Products with Therapeutic Equivalence Evaluations wherein the US versions of these genus patents have been listed. Natco argues that the listing of these patents amounts to disclosure and thus constitutes prior art. Consequently, Novartis cannot hold a second ‘species’ patent over a specific compound within the genus patents.

Novartis’ rebuttal evidence compares Ceritinib’s structure to that of the genus patents. It suggests that while those patents disclose one or more broad genera of compounds that may encompass Ceritinib, only the application of a very specific combination of substituents from a wide list of possibilities would result in Ceritinib. None of these genus patents identify Ceritinib’s specific compound structure or its advantages. Novartis also argues that publication in the Orange book does not amount to disclosure, claiming that it is possible to disclose a genus of compounds without disclosing a specific sub-genus or species.

Clearly, both of these sets of evidentiary documents are crucial to the case.

While India’s Patents Act does not specifically address the conflict between genus and species patents, the issue has arisen before. In Novartis v. Union of India (Novartis), the Supreme Court looked into whether the species of imatinib mesylate and its betacrystalline form could have been covered by their genus, the Zimmerman patent while not being disclosed by it. The court refused, observing that the Zimmerman patent had disclosed the process of preparation of Imatinib Mesylate and decribed its pharmacological properties (see para 157). However, it refrained from ruling that a genus patent compulsorily precludes species patents. As regards the betacrystalline form, the court accepted its novelty but concluded that it provided no therapeutic efficacy beyond that of Imatinib Mesylate, and therefore failed the requirements of Section 3(d).

Applying this principle, if Novartis’ argument that Ceritinib was not disclosed and its advantageous properties were not identified by its genus patents is accepted, the case could turn in its favour. However, it would still have to withstand Section 3(d)’s test of therapeutic efficacy. So far, Novartis has not provided any in vivo efficacy data in comparison to compounds disclosed in the other two patents (para 5 of revocation order).

IPAB’s stay order must be contextualized in the background of Delhi High Court’s recent decisions in two cases based on genus-and-species patents. These cases concerned AstraZeneca’s Ticagrelor patent and had nearly identical factual scenarios but resulted in conflicting decisions. AstraZeneca claimed that Ticagrelor was not disclosed in its genus patent that consisted of a Markush structure covering 150 quintillion compounds. In the first case AstraZeneca v. P Kumar & Ors., decided in August 2019, Jayant Nath J. perused AstraZeneca’s statements in Form 27 and previous US litigations, wherein it had acknowledged that dealing in Ticagrelor is in breach of the US equivalent of the genus patent. The court then relied on Novartis to reject AstraZeneca’s argument that although the genus patent has worked through Ticagrelor, Ticagrelor is not disclosed in it.

The second decision for AstraZeneca v. Emcure and AstraZeneca v. MSN Labs, was delivered in January 2020, with Mukta Gupta J. arriving at the exact opposite conclusion. Relying on the fact that Novartis did not categorically reject species patents once disclosed by the genus patent, the court ruled that Ticagrelor was produced and marketed under the species patent despite being covered under the genus patent. A previous post on this blog has properly dissected this decision, criticizing the court’s interpretation of Novartis. As the post explains, the focus should not be on the coverage-disclosure dichotomy, but on whether the genus patent enables the species. In fact, SC had rejected Imatinib Mesylate because the Zimmerman patent enabled it by identifying its process and advantages.

The Ceritinib case depends strongly on what the IPAB makes of the assertion that the previous patents neither disclose Ceritinib nor identify its qualities. The revocation order is a short document that does not consider Novartis’ evidence. It compares the structures of Ceritinib with the genus patents and dismisses the former for lacking in novelty and inventive step. The IPAB has rightly stayed the revocation, as greater scrutiny into the scope of the previous patents is required in order to determine whether they did enable the working of Ceritinib.

As of now, the stay order may have the impact of breathing new life into the interim injunction that barred Natco from manufacturing generic versions of Ceritinib. Originally, the court had only restrained future manufacturing and allowed Natco to sell the stock of drugs it had already manufactured, taking into consideration the interest of cancer patients. After almost a year, generic Ceritinib drugs might go out of market again and the price of the tablets may go up.

The Ceritinib patent involves a complex set of issues that require greater deliberation and debate. Readers who have more light to shed on this matter are welcome to share their insights in comments!