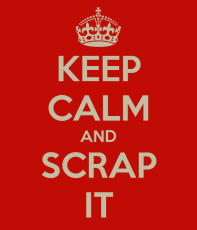 A few months ago, in May, I had sent a petition to the Ministry of Commerce, along with Rahul Bajaj, asking it to consider shutting down the Intellectual Property Appellate Board (IPAB). We had argued that not only was the IPAB non-functional for a long time but it was also poorly designed, especially with regard to the post of the ‘technical member’. Rather than continuing with this broken model, we recommended that the existing functions of the IPAB be shifted back to the High Courts and commercial courts. The Ministry of Commerce sent our petition to the Controller General of Patents, Designs and Trademarks, asking for his comments on the petition.

To my pleasant surprise the Controller General’s office has agreed with most of the contentions in our petition. While the entire set of its comments is not yet accessible, we did manage to access those comments which were reproduced in a file-noting of the Ministry of Commerce which we accessed through the RTI Act. That file noting can be accessed here. It is rare to see Indian bureaucrats speak in such categorically clear terms, in favour of reform and I can only hope the Ministry of Commerce shares this same vision.

A few of the key comments from the Controller General’s comments are reproduced below:

On the limited expertise of technical members for patent matter:

Comments of the Controller General: “It is true that subject matters of patents relate to different fields of technologies or sometimes relate to interdisciplinary subject fields and thus, inclusion of single/few technical member/s for appellate/revocation jurisdiction in IPAB cannot be considered to satisfy requirement of technical expertise in IPAB bench to deal with all such subject fields in IP litigation”

On the ability of High Courts to deal with scientific issues in patent litigation:

Comments of the Controller General: As per provisions of the Patents Acts, party/parties to various proceedings file/s evidence, reply evidence, rejoinder, etc. by way of affidavits from technical experts. Quasi-judicial authority (Patent Controllers) and judicial authorities (Appellate Board/High Court) mainly rely upon such technical evidences as questions of fact and decide issues related to inventive step or obviousness as question of law. Thus, need of technical expertise in IP litigation is not a problem for the High Courts. Moreover, for an independent assistance/inquiry as provided in the Patents Act, scientific advisors can be appointed by the High Court in any matter to report upon the question of fact and not involving the questions of interpretation of law.”

On the futility of splitting jurisdiction between the IPAB and the High Courts:

Comments of the Controller General: “It is a fact that although appeal jurisdiction is with IPAB, many times, parties approach High Courts using writ jurisdiction in the name of interpretation of statute instead of preferring for appeals in IPAB. Similarly, after grant of patents, mostly post-grant opponents also file revocation petition in IPAB, but matters ultimately reach to the High Courts due to infringement suits and counter claims of revocations by defendants, which results in very few matters end up in IPAB. Thus ultimately most of patent matters are litigated in the High Courts only and some cases even land up in the Supreme Court as SLPs. Thus, for avoiding overlapping litigations, shifting appellate functions back to the High Courts appear justified”.

On shifting the functions of the IPAB to commercial courts:

Comments of the Controller General: “In present scenario, where most of IP litigations ultimately land up in the High Courts due to no technical member/chairman/functional bench of IPAB, it would be always be better from judicial angle to shift all appellate functions back to the High Courts, which functions from across the country as against IPAB’s mostly works from Chennai and Delhi only. Therefore, recommendation that the IPAB be shut down and its functions be transferred to the Commercial bench in the High Courts seems a good idea”.

On shifting of the non-appellate functions of the IPAB to Commercial Courts:

Comments of the Controller General: “Since the Commercial Courts in the High Courts function from across the country, recommendation for transferring of IPAB’s functions to the Commercial Courts in the High Courts prima facie appears meaningful being non-functional IPAB with limited appellate jurisdictions. (sic) As mentioned above, the High Courts rely upon the technical evidences as questions of fact and decide IP litigations including technical points like inventive step or obviousness as question of fact and law. Even if required, the High Courts call upon independent assistance/inquiry from Scientific Advisors appointed to report the question of fact. Therefore, petitioner’s recommendation can be prima facie considered for initiation of discussion with stakeholders at least.”

It remains to be seen whether the Ministry of Commerce actually initiates discussions with stakeholders on this issue, as recommended by the Controller General. I presume a few nudges from the IP bar may get the ball rolling on stakeholder discussions but whether that first nudge will be provided is doubtful.

Some of the other interesting takeaways from the same file noting are as follows: