In the previous post I had covered a specific element of the issues touched upon by the similarities in the interface of JioMeet and Zoom, that of possibility of a non-literal copying. While Zoom’s Graphical User Interface (‘GUI’) is not a registered design, the incident also rekindles the debate on the Indian position on GUI protection under its design laws. In this post, I seek to analyse the Designs Act, 2000, to argue that GUIs should be protected under the Act and the Designs Office should reconsider its interpretation of the same.

Can GUIs be Registered as a ‘Design’?

As per Section 2(d) of the Act a ‘design’ is defined as follows:

“‘design’ means only the features of shape, configuration, pattern, ornament or composition of lines or colours applied to any article whether in two dimensional or three dimensional or in both forms, by any industrial process or means, whether manual, mechanical or chemical, separate or combined, which in the finished article appeal to and are judged solely by the eye …” (emphasis supplied)

The definition requires that the concerned design is ‘applied to any article’, by ‘any industrial process or means’, and appeals to the eye/ is aesthetically appealing. The term ‘article’ is further defined under Section 2(a) of the Act as:

“‘article’ means any article of manufacture and any substance, artificial, or partly artificial and partly natural and includes any part of an article capable of being made and sold separately.”

Section 5(3) read with Section 6 of the Act states that the design may be registered ‘in respect of any or all articles’ of a single ‘class’. This classification of articles for the purposes of registration has been provided in Rule 10 of the Design Rules, 2001. It provides that the classification has to be in accordance with Third Schedule of the Rules. The classifications under the Third Schedule are modelled on the Locarno Agreement, and Class 14 deals with ‘Recording, communication or information retrieval equipment’. More specifically, Class 14-04 concerns ‘Screen Displays and Icons’. The GUI of a software would clearly fall within the ambit of this specification. Hence, if a GUI satisfies other requirements such as originality and no prior publication, it can be registered as a design under Class 14-04.

Have GUIs been Registered in the Past?

As noted by Omesh Puri, it appears that some design registrations were earlier granted for GUIs but those were under Class 14-99 that deals with ‘Miscellaneous’ items. But the recent trend has been against granting such registrations by the Designs Office. The primary example in this regard is when Amazon sought to register a design for “graphical user interface for providing supplemental information of a digital work to a display screen” in 2014, vide application number 240305. Interestingly, this application was filed under Class 14-02 that deals with ‘Data Processing Equipment’ and peripheral devices, as against 14-04. While I could not trace the application, as explained in this post by Essenese Obhan and Sneha Agarwal, it was refused by the Controller holding that it did not satisfy the conditions under Sections 2(a) and 2(d). For Section 2(d), it held that since the GUI disappears once the computer screen is turned off the requirement of a consistent visual appeal was not satisfied. Moreover, it considered screen displays to lack ‘features of shape, configuration’ and other parameters, and they could not be considered a ‘finished’ article ‘judged solely by the eye’. Similarly, the controller held that since a GUI is not an ‘article of manufacture’ and is not physically accessible, it cannot be called an ‘article’ under Section 2(a).

However, there have been cases where design protection has been given to a GUI even after the above 2014 decision in Amazon’s application. Akshay Ajaykumar has pointed to some of these in his Linkedin post here. These include registration for a ‘Monitor with GUI’ registered under Class 14-02, a ‘Mobile Phone’ registered under Classes 14-03 and 14-04, and a ‘Display Screen with Graphical User Interface’ under Class 14-04. Due to these uncertainties, in a 2018 report by the International Chamber of Commerce on ‘Design Protection for Graphical User Interfaces’ (‘ICC Report’) it has been noted that in India “design protection may conceivably be granted under the Designs Act but clear guidelines are awaited”.

A Need to Rethink the Decision in the Amazon Order?

The Amazon order still appears to be a deterrent in terms of registration of GUIs. This deterrence, however, is not warranted on two primary counts. First of all, from Obhan and Agarwal’s post it appears that the controller assessed whether the GUI itself satisfied the definition of an ‘article’. This approach was misconceived since as per Section 2(d) a design has to be ‘applied to’ an article and need not satisfy the conditions of an ‘article’ in itself. In the alternate, if the error in the Amazon application was of improper claim construction, this can be solved by clearly demarcating the ‘article’ to which the GUIs are applied. This can be seen from the approved registrations mentioned above that clearly specify ‘Monitor’, ‘Mobile Phone’, or ‘Screen Display’ as the ‘article’.

Second, the primary objections raised against GUIs on ground of consistent visual appeal and functionality of the GUI in the Amazon order were untenable. Dealing first with the functionality aspect, GUIs do not consist merely of functional features but also several design features which can be considered ornamental or of particular patterns which may fall within the ambit of Section 2(d). Hence, a blanket omission of GUIs from within the coverage of a ‘design’ is incorrect. As far as the objection on visual appeal is concerned, it relies on an assumption that to claim protection as a design any work has to be visible consistently. This, however, falls foul of the reasoning given in Ferrero and CspA’s application (1978 RPC 473, HL), a UK decision categorised as important even in the ‘Manual of Design Practices & Procedure’ of the Office of the Controller. The manual correctly explains the ratio of Ferrero as

“Design features which are internal but visible only during use, may be subject matter of registration.” (emphasis supplied)

Accordingly, despite the GUI’s visibility limited only to the duration when the device is in ‘use’, it is still eligible for protection. This very rationale, citing Ferrero, was also deployed in the UK in a design application for registering user interfaces and displayed computer icons. Moreover, this interpretation is also in line with the purpose of the Act explained by the Supreme Court in Bharat Glass Tube Limited v. Gopal Glass Works Ltd as to “protect the original person who has designed a new one by virtue of his own efforts by researching for a long time”. The court also quoted Law of Copyright and Industrial Designs by P. Narayanan for the point that “[t]he object of design registration” is to protect the interests of “the originator of a profitable design”. This warrants that so long as the prohibitions and the safeguards specified in the Act are not triggered, the provisions of the Act should be interpreted to favour the efforts of a proprietor who has originated a ‘profitable design’. Accordingly, a more favourable approach should be taken towards protection of GUIs.

Finally, the order rightly points out that ‘only’ class number cannot be the basis for registration, and other conditions such as those in Sections 2(a) and 2(d) need to be satisfied. This, however, cannot imply a blanket denial of registration of GUIs as designs. Such an interpretation will render Class 14-04 of the Third Schedule redundant since these arguments can be made to deny registration for all forms of ‘Screen Displays and Icons’. This is not tenable even based on rules of statutory interpretation. This factor becomes particularly important since India has recently formally acceded to the Locarno Agreement and the Ministry of Commerce and Industry has released draft rules to align the Designs Act with the Agreement. The draft proposes deletion of the Third Schedule and Rule 10 directly refers to the Locarno classification. These attempts would be futile if an excessively restrictive interpretation is provided to the explicit recognition of registrability of designs in screen displays under Class 14-04 and of graphic symbols and logos under Class 32 of the Agreement. As a comparative, per the ICC Report, more than 14,000 GUIs were registered in 2017 alone in 11 key jurisdictions under Locarno Class 14-04. Hence, as India moves towards greater international harmonisation of laws, the need to reform its stance towards GUI protection becomes even more pertinent. 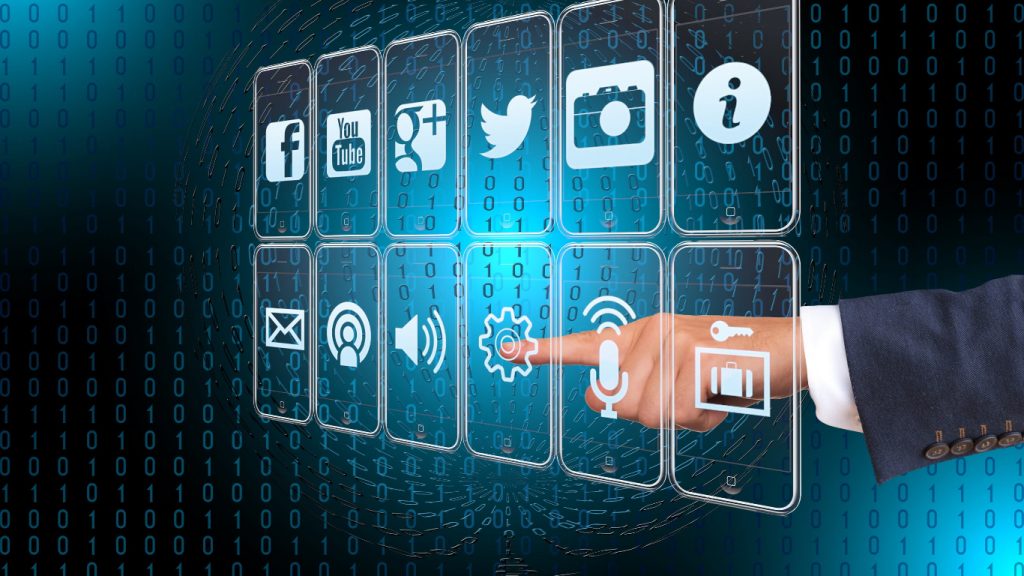 The importance of this reformed application of design laws stems from the advantage they have over other forms of intellectual property protection for GUIs. As Rachel Stigler highlights, this includes greater leeway to elements that might have functional features attached to them and the specificity of protected elements. While this protection incentivises large scale innovation, it might impact creativity and innovation in light of potential infringements through smaller improvements, thereby reducing competition. However, under the existing Indian intellectual property laws, with similar infringement thresholds under different legislations, the above advantages coupled with lesser protection period of 14 years provides a better balance of interests.

In the long run, however, Stigler’s proposal for a sui generis regime for GUI protection might be an interesting idea to look at. Stigler suggests, inter alia, to have quick registration process for GUIs based on design laws standards such as originality and the functionality exception, and a protection for only three years which can be renewed if the design is still in commerce and has not become scène à faire. This will address not just the above drawbacks but also factors such as standardisation and the duration of protection that needs to be lower in the GUI world. While Stigler’s proposal still envisages the work to be a “design for an article of manufacture”, I believe we need to move a step further. With the proliferation of technologies such as holographic imaging, virtual reality, and augmented reality, the strict confines of design law requiring application to an ‘article’ become incompatible. This is because for applications running on these technologies, they are applying their interface to the world at large, with the everyday surroundings being their spheres of influence. It, thus, becomes impossible to define a single ‘article’ as necessary for design registration. With the murky protection available to existing interfaces, these developments would be at a greater risk of infringement under the existing Indian legislative framework. This limited elimination of the product specificity for GUIs would tackle the under-protection of innovative technologies, promotion of which is the goal of design laws in the first place.