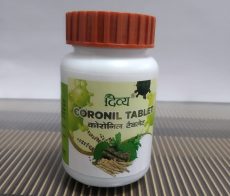 In this post, Arun examines the Madras High Court’s recent order injuncting Patanjali from using the trademark ‘Coronil’ and appreciates its lucid interpretation of Section 29(4) of the Trade Marks Act. The plaintiff argued that defendant’s use of the mark would dilute its reputation due to the perceived inefficacy of the product and the accompanying negative press. The Court held that the defendant’s mark caused confusion to the public, played on the prevailing panic and fear among people to make money and used the word ‘Coronil’ without any due cause. Arun argues that the Court’s interpretation of Section 29(4) allows for marks of significant repute in the domestic market to seek injunction across classes without being subject to the onerous requirements of being declared a well-known mark under Section 2(zg). They are required to be known only amongst the relevant class of consumers as opposed to the general public. He observes that this brings local players on par with international brands by enhancing the strength of the former’s trademark protection. 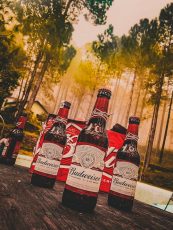 In this post, Nikhil discusses an ex parte proceeding wherein the Delhi High Court issued a finding of prima facie trademark infringement in favour of the plaintiff, ‘Budweiser’ and also held that its products had been commercially disparaged. A website called Foolish Humor put up a satirical post concerning the plaintiff’s beer. The website’s description conspicuously noted that it “does not correspond to reality.” However, despite this certain media channels mistook it to be credible news and released a report based on this story. Later, when this fake news relying on Foolish Humour’s satirical post went viral, the defendants (another satirical website called the fauxy) came up with a parodic video regarding Budweiser. The defendant’s website also has a disclaimer at the bottom noting the fictional nature of its content.

Nikhil argues that based on the Court’s reliance on an incorrect factual matrix, all outcomes of the original article by Foolish Humour were attributed to the defendants. He concludes that orders such as these hinder the right to free speech and expression and demonstrate the court’s lack of engagement with substantive law while granting interim reliefs. 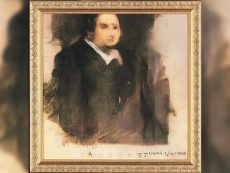 In this post, Hatim and Bhavik examine authorship in AI-related works under Indian Copyright law, focusing on the judgment of the Chinese court in Shenzen in the case of Shenzhen Tencent v. Shanghai Yinxun. This judgment held that AI created work would be a literary work eligible for copyright protection. The case is crucial since it highlights international disparities on the issue wherein some countries accord copyright protection to computer generated works while others require human involvement as a prerequisite for protection. The Indian Copyright Act grants authorship of a computer-generated work to a person who ‘causes it to be created’, Indian courts have also required human involvement in the creation of copyrighted works in the past. In fact, the Copyright Office considers only natural or juristic persons to be authors and requires decisive human involvement for the grant of protection to works. They conclude that the policy questions thrown up by authorship of works created by different kinds of AIs with varying human involvement, make it imperative for the Copyright Office to initiate discourse to clarify this dilemma.

Announcing the Winners of the 1st Shamnad Basheer Essay Competition on IP Law! 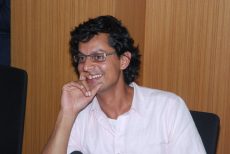 We started the week by announcing the results of the first edition of the Shamnad Basheer Essay Competition on Intellectual Property Law. We shortlisted the top 6 essays for our panel of esteemed judges, consisting of Justice Prabha Sridevan, Ms. Jayashree Watal and Professor Siva Thambisetty. Since the students were free to choose any topic, we received a whopping 89 submissions on a wide range of topics. Lokesh Vyas, a fifth year law student at the Institute of Law, Nirma University, Ahmedabad bagged the first position for his essay on ‘Director’s authorship under Indian Copyright Law: An (Un) Indian Approach?’ The second prize was won by Varsha Jhavar, a fourth year law student at the Hidayatullah National Law University, Raipur for her essay on ‘Stand-up Comedy: Negative Space or Traditional IP Worthy.’ The third prize went to Purvi Nema, a fourth year law student at the National University of Study and Research in Law, Ranchi for her essay on ‘Can Copyright Law Combat Deepfakes?’ We wish all the winners our hearty congratulations!

In this post, Nikhil examines the Delhi High Court’s grant of interim relief to Disney vide an order restraining ‘rogue’ websites that were illegally making its copyrighted content available on their platforms. He examines the ‘john doe’ nature of the dynamic injunction passed in favour of Disney, and the blocking of entire websites instead of specific URLs for copyright violation. He argues that resort to these extreme remedies should be taken only in limited scenarios with the exercise of strict scrutiny otherwise it would hinder the right to free speech and expression. He concludes that the order suffers from lack of clarity and hopes that it is not intended to grant inordinately extensive and blanket powers to the Joint-Registrar on issues that merit strict judicial scrutiny.

In this post, I write about the rising property rhetoric in trademark law which expands the scope of trademark monopolies. I discuss the negative consequences that trademark maximalism has upon competitors, consumers and society. I illustrate this by analysing the recent decision of the Federal Supreme Court of Germany (BGH), which granted exclusive trademark rights to well-known German chocolate brand, Ritter Sport (‘Ritter’) for the square packaging for its chocolates. I argue that the association of an attractive selling feature (for instance the square shape of chocolates here) with a company doesn’t discount the attractiveness of the selling feature itself. I compare the Indian and German statutes in this regard to opine that the rationale for granting protection to Ritter’s square packaging under both the statutes could not be justified as the square packaging and company legend surrounding it, clearly demonstrated the function and technical result achieved due to the shape.

In this post, Rajiv wrote about the recent patent law suits filed by InterDigital against Xiaomi at the Delhi High Court (DHC) for infringement of its standard essential patents (SEPs). He argues that there is a growing trend among patent owners to approach the DHC as the go to forum to litigate their SEPs given Ericsson’s success in the Micromax, Lava, Intex, iBall, Gionee matters and because of the poor reception of patent claims in China. He observes that SEP litigation necessarily entails the determination of public rights. This is because it is detrimental to public interest when one has to pay extortionary costs to a SEP owner. Competition issues are often misjudged in these markets based on the number of businesses operating in the same market. However, he pertinently notes that there would be no competition if a market is already locked in into a particular standard, regardless of the number of players operating in the market. He concludes by discussing the implications of recent SEP decisions in other jurisdictions and the divergence of opinions by different courts on this issue. 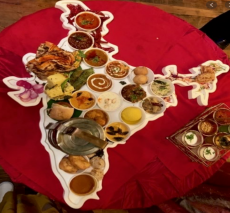 In this post, Aatmik examines how Indian copyright law can protect presentations of gastronomic creations. He contextualises this by noting that the visual appearance of food has assumed greater currency in today’s consumer centric market. He goes on to demonstrate the issues with proving the originality of food plating, its falling within the statutory ambit of ‘work’ and its fixation into a tangible form. With regard to fixation, he notes that we don’t have a statutory requirement for fixation in India for artistic works, but a requirement that has developed out of practice. He argues that the importation of the US statutory definition to inform our understanding of fixation in copyright law as something that is sufficiently permanent or stable, to be perceived for more than a transitory duration, will not consider food plating to be copyrightable. Thus, he argues for doing away with a strict fixation requirement in light of copyright first principles of promoting creativity and innovation. He concludes that a revised interpretation of fixation that protects the expression of an idea by virtue of being sufficiently perceivable should be considered in India. 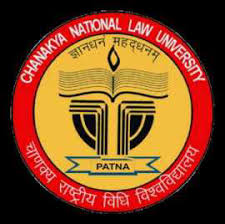 Recently, we informed our readers about CNLU’s Centre for Innovation Research and Facilitation (CIRF) in Intellectual Property for Humanity and Development (IPHD) inviting papers for publication in Volume 1 Issue 1 of its e-journal Journal of Academic Innovation & Research in Intellectual Property Assets (JAIRIPA). The deadline for submission is October 25, 2020. Further information on the submission guidelines is mentioned in the post. 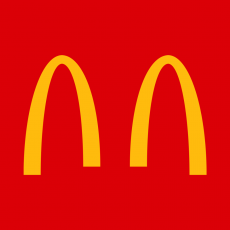 In this post, Devangani discusses the emergence of fluid trademarks amidst the Covid-19 pandemic. She discusses many examples of companies like McDonalds, Starbucks, Nike etc. that have redesigned their logos and advertisements to promote social distancing norms and stay relevant during the ongoing pandemic. These dynamic marks are an anomaly to the perpetual and continuous nature of trademarks. She argues that section 15 of the Indian Trade Marks Act does not respond to the dynamic nature of these marks. She notes that though Indian courts have not witnessed a trademark infringement case yet, it would be interesting to see how trademark law and principles are interpreted in the context of fluid trademarks. She observes that while fluid trademarks grant substantial freedom and scope for creativity, their claim to monopolise certain non-distinctive features of the mark may be difficult to establish under law. Thus, she concludes that only well-established brands can capitalise upon fluid marks to make a statement with their trademarks without running the risk of infringement.