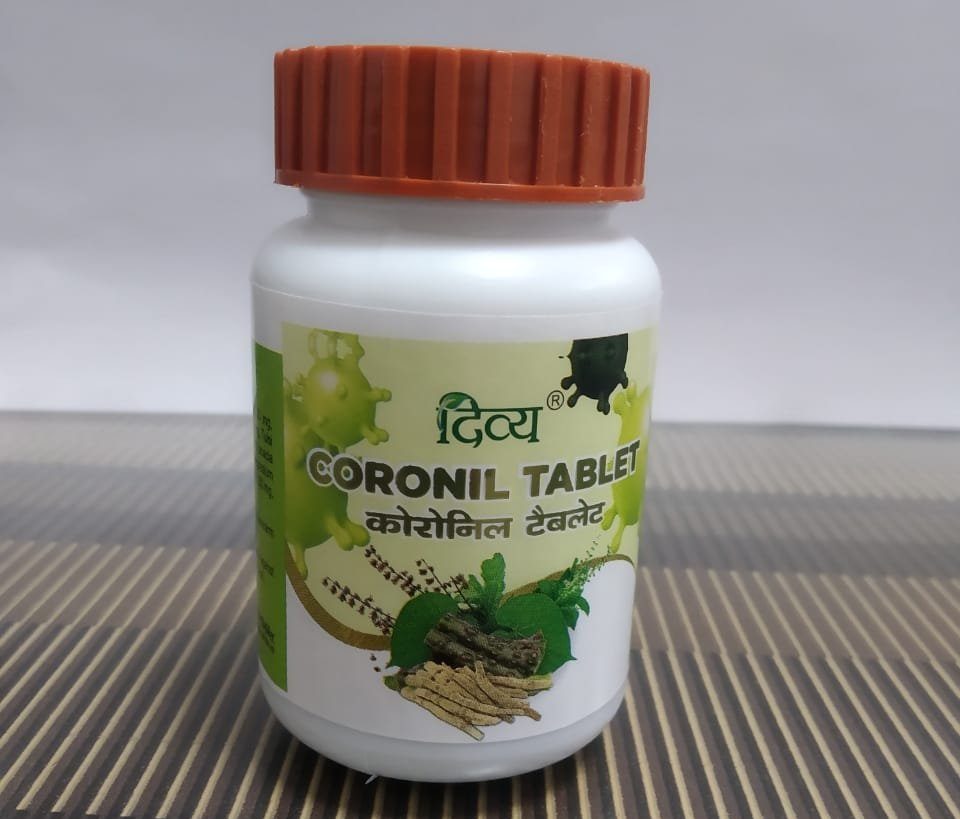 The Hon’ble Madras High Court has passed a detailed order on merits injuncting Patanjali from using the trademark ‘Coronil’. The order I daresay is one of the most elaborate and lucid orders in recent times from the High Court touching on the interpretation of the Trade Marks Act, especially Section 29(4). The breadth of resources relied upon, several of which appear to be the Judge’s own efforts definitely makes this judgment worthy of a patient read.  This remarkable judgment is also vindication of that elaborate hearings and orders can happen on video conferencing during these turbulent times. A game changer on many levels! Kudos to the counsels and the judge for making this happen.

The plaintiff is the registered proprietor of the marks “CORONIL-92 B” and “CORONIL-213 SPL” under Class 1 for industrial chemicals. The defendant launched the much vaunted CORONIL for curing coronavirus, but in the face of a battery of complaints including from the AYUSH Ministry, restated the same to be an immunity booster against coronavirus. The plaintiff sued relying on Section 29(4), stating that it had reputation in India and abroad. It also took an interesting argument that the use of the mark by the defendant would dilute the plaintiff’s reputation due to the perceived inefficacy of the product and the accompanying negative press. The defense was predictably on the grounds of the products being wholly different and there being no possibility of confusion. The Court has given numerous findings, which are quite frankly best read as extracts:

1. Findings on honesty of defendant’s adoption

123. When this is the factual position and it had been made clear that the Coronil Tablet projected by the defendants is not a cure for Coronavirus. I am not able to find any link between the proposed tablet and the Coronavirus infection as such. Consequently, use of the very name ‘Coronil’ by the defendants is without any due cause and as a matter of fact, it is taking unfair advantage of the term ‘Coronil’ which is a registered trademark of the plaintiff. Taking such unfair advantage is specifically prohibited under Section 29(4)(c) of the Trade Marks Act, 1999.

Usage of the word ‘Coronil’ and usage of the common pictorial image of Coronavirus are to put it very mildly, misleading and cannot be permitted and is therefore prohibited.” (emphasis added)

106. It is thus seen that to maintain the sanctity of judicial discipline, the Court cannot by any stretch of imagination impute words not in the provision or in the statute. To reiterate the words are “reputation in India”, nothing more, nothing less.

We do not have a million of such heavy industries. If those few industries situated across the length and breadth of the country have come to know about the product of the plaintiff, then a reasonable conclusion can be drawn that the plaintiff has established a reputation in India among the industrial fraternity in which they operate and supply their chemical agent. It is also stated in the plaint, that the trademark of the plaintiff is known throughout the globe in the field of chemical cleaning. Therefore, I would hold that the plaintiff has made out a prima facie case of their mark ‘Coronil’ being a reputed mark in India in the particular field, where it is used.

Comment : This standard for Section 29(4) is a revelation, as it allows for marks of significant repute in the domestic market to seek injunction across classes without subjecting themselves to the onerous requirements of being declared a well-known mark under Section 2(zg). This given with the increasing emphasis of territoriality of trademark law as reflected in the Prius order of the Supreme Court (covered on the blog here), renders Section 2(zg) more or less obsolete. This requirement is a dynamic requirement requiring proof of reputation when staking a claim allowing a court to apply its mind, rather than pointing to a register to claim such repute under Section 2(zg). This certainly would signal a wave of infringement claims across classes. The standard of repute also explicitly does not require one to be known amongst the entire public but only amongst the relevant class of consumers, thereby bringing local players on par with international brands such as Whirlpool, Coca-Cola and Sony for the purpose of trademark jurisprudence. This is a rather perceivable enhancement of the strength of numerous trademarks in India.

“128. Profiteering by tapping on panic is not a new phenomenon. Very early in law course, every student is introduced to Louisa. Carlill Vs. Carbolic Smoke Ball Co. (1893) 1 QB 256. Of course it is on interpretation of a contract, binding unilateral offer and its acceptance. But, Lord Lindley, had also succicently put the vagaries in an advertisement for treatment of a epidemic flu in the following words:…

130. In the instant case, it is debatable whether the defendants can be said to be indulging in honest practise in projecting their tablets as a cure for Coronavirus.

140. The defendants have invited this litigation on themselves. A simple check with the Trade Marks Registry would have revealed that ‘Coronil’ is a registered trademark. If they had, and had still, with audacity used the name ‘Coronil’, then they deserve no consideration at all. They cannot assume they can bulldoze their way and infringe a registered trademark. They must realise there is no equity in trade and commerce. If they had not done a check with the Registry, then they are at fault. They cannot plead ignorance and innocence and seek indulgence from this Court. Either way, indulgence is refused.

Insofar as costs are concerned, the defendants have repeatedly projected that they are 10,000 Crores company. However, they are still chasing further profits by exploiting the fear and panic among the general public by projecting a cure for the Coronavirus, when actually their ‘Coronil Tablet’ is not a cure but rather an immunity booster for cough, cold and fever. The defendants must realize that there are organisations which are helping the people in this critical period without seeking recognition and it would only be appropriate that they are made to pay costs to them.

The above portion is obviously quite damning on the defendant, with repercussions that will inevitably reverberate beyond trademark law. This does however, impose a duty of care on defendants to query on registrations prior to launch. This judgment also reiterates the healthy trend of our courts that “big fish cannot eat small fish”. The defendant rather repeatedly pointed out that “plaintiff’s mark is known only to a very small number in the industrial fraternity and that the plaintiff also has a very small market” and highlighted their relative might of being a 10,000 crore company. This has been unequivocally rejected and the reputation of the plaintiff has been identified and protected, even against a much larger player. The level playing field that this creates certainly brings a refreshing tinge of equity into trademark law.

Please click here to view our previous posts related to IP and Covid-19.