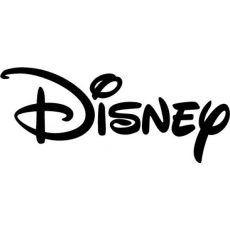 Recently, in a suit filed by Disney for protection of its copyrighted content, the Delhi High Court granted the interim relief in its favour. As aptly described in the order, Disney is ‘in the business of creation, production and distribution of motion pictures/cinematograph films.’ It filed the impugned suit against certain ‘rogue’ websites that were illegally making its copyrighted content available on their platforms. Through the injunction, the court has restrained the ‘rogue’ websites arrayed as defendants in the suit, and their mirror/redirect/alphanumeric websites (‘mirror websites’), from hosting Disney’s copyrighted content. It has also directed the ISPs to block 118 websites of the defendants, as specified in para 7.3 of the order, and their mirror websites. Moreover, the court has granted the liberty to Disney “to array other rogue websites if the same are discovered after the issuance of the instant interim order”. As Medianama aptly terms it, this is a form of ‘dynamic John Doe blocking’ order. In this piece, I analyse two elements of the interim order, concerning the ‘john doe’ nature of the dynamic injunction, and the blocking of entire websites instead of specific URLs for copyright violation.

An Unclear Approach to Dynamic Injunctions

The remedy of dynamic injunctions was first devised by the Delhi High Court in UTV v. 1337x.to (‘UTV’) in order to tackle online piracy. It has been discussed in detail by Divij here. As the court in UTV explained, this remedy is to address the menace of ‘hydra headed’ websites that create multiple mirror or alternate links to access their content after they are blocked. In UTV and another batch of dynamic injunctions issued by the Delhi high court discussed here, the procedure prescribed was that the plaintiff had to file an Order I Rule 10 application to implead such mirror website along with an affidavit with evidence showing that it is merely a mirror of the injuncted website. Upon verifying that it is indeed merely a mirror to the injuncted website, the Joint Registrar could direct the ISPs to block these websites.

In the instant order, the court creates an unclear paradigm of dynamic injunctions. This lack of clarity stems primarily from the following directions of the court:

“This injunction shall also operate in respect of the mirror/redirect/alphanumeric websites, which are put in play by defendant nos. 1 to 37 to grant access to the websites referred to in paragraph 7.3 hereinabove.”

“The plaintiffs are given liberty to file an application under Order I Rule 10 of the CPC to array other rogue websites if the same are discovered after the issuance of the instant interim order. The purpose being that the Court, in these cases, needs to dynamically monitor such egregious illegality and, if necessary, pass interim orders to restrain similar rogue websites from illegally streaming the creative content in which the plaintiffs have a copyright.”

The set of directions similar to the first direction reproduced above seems to suggest that the order with respect to blocking of mirror websites only extends to such mirror links as already exist till the time the order was delivered. On a prima facie reading it does not seem to include mirror links that are generated subsequent to the order. This facet seems to be addressed using the second direction reproduced above. However, this element is considerably different from the earlier dynamic injunctions issued by the court. It does not explicitly prescribe the procedure that is supposed to be followed and merely grants a liberty to file an impleadment application. The court rather hints at examining each and every subsequent claim afresh by stating that it will pass interim orders “if necessary”. In such a scenario, the utility of dynamic injunctions falls apart as it will require a fresh determination, and would allow the injuncted websites to operate using newly created mirrors. It rather adds to the burden of the court and goes against the apprehensions of the court in UTV where it considered it to be desirable “that the Court is freed from constantly monitoring and adjudicating the issue of mirror/redirect/alphanumeric websites”.

On the other hand, if the direction is to be interpreted to follow the procedure prescribed in previous orders, granting the Joint Registrar the power to examine plaintiff’s application, it creates further problems. This is because as against previous dynamic injunctions where the power delegated to the Joint Registrar is confined merely to examining whether the new websites are mirror links of the injuncted website, the instant order goes a step further. It grants a blanket liberty to “array other rogue websites if the same are discovered after the issuance of the instant interim order”. This does not confine itself merely to mirror links of the injuncted websites. This makes the responsibility delegated to the Joint Registrar to be more than a mere administrative analysis to establish identity with injuncted websites. They are now required to assess injunction of fresh websites that ideally requires judicial application of mind. Moreover, these new websites are only sought to be restrained from “from illegally streaming the creative content in which the plaintiffs have a copyright” as against blocking them, creating a mismatch between two similarly placed websites.

The problematic approach of Indian courts towards website blocking has been dealt with in several pieces on this blog. The specific challenge of blocking entire websites as against specific infringing URLs and how it curtails access to online content has, inter alia, been discussed here, here, and here. These questions were extensively addressed by the court in UTV which noted that a website blocking order can be passed by a court “only if it is satisfied that the same is ‘necessary’ and ‘proportionate’.” Furthermore, citing the decision in Myspace Inc. v. Super Cassettes Industries Ltd., it noted that the “proportionality principle requires that a ‘fair balance’ be struck between competing fundamental rights, i.e., between the right to intellectual property on the one hand, and the right to trade and freedom of expression on the other.” The court found this balance to lie in favour of website blocking in the specific context of what it termed as ‘rogue’ websites indulging in online piracy.

The instant order also refers the injuncted websites to fall within the meaning of a ‘rogue’ website. Notably, the UTV court had prescribed an indicative list of ten factors that should be considered to determine whether a website falls within the meaning of a ‘rogue’ website. These included, inter alia, primary purpose of the website, flagrancy of the infringement, traceability of the Registrant of the website, silence or inaction after receiving take down notices, and whether the website has been disabled in other jurisdictions. In the instant case, the court does not conduct any such analysis and works on the presumption that the defendant websites are indeed ‘rogue’ websites based on the plaintiff’s word. Furthermore, the order does not indicate whether any take down notice was indeed sent to the injuncted websites prior to approaching the courts. As Medianama points out, some of the injuncted websites have a DMCA takedown page for rights holders, and in case this has not been resorted to the claim to qualify these websites as ‘rogue’ diminishes. Moreover, if the dynamic injunction direction is interpreted in the manner suggested above giving extended authority to the Joint-Registrar, the Joint-Registrar is also tasked with this added responsibility of determining whether a website is ‘rogue’ or not which requires a complex analysis.

The above scenario becomes particularly problematic as the court has not even conducted a prima facie check on the exact content of Disney that is infringed by these websites. There does not appear any discussion of evidence showing that these allegedly rogue websites are indeed carrying Disney’s content and the extent of it. Without this assessment, it appears confusing as to how the court concluded that ‘irreparable damage’ would be caused to Disney if an interim relief is not granted. Despite the absence of such analysis, the court applies an extreme measure of blocking the entirety of these websites as against the specific URLs. Given the extreme nature of the remedy, it should be adopted with strict scrutiny in limited scenarios, as otherwise it hampers freedom of expression in the long run.

The above analysis shows that the instant order raises more questions than solutions. The lack of clarity has led to an interpretive dilemma as to how the court intends to implement its order. It would be ideal if the court clarifies its intended meaning in an amended order. It can only be hoped that its intention is not to grant unreasonably extensive and blanket authority to the Joint-Registrar on issues that require strict judicial scrutiny.