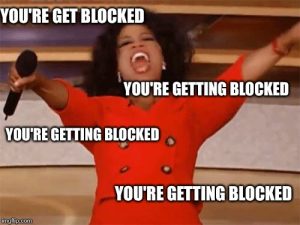 The Delhi High Court, over the course of a dozen interim orders between July 27 and August 12, 2019, has issued website blocking injunctions for ISPs to block dozens of websites and their mirror/redirect versions, including popular pirate websites Tamilrockers and eztv. The orders are available here.

The ex-parte orders, passed in suits instituted by Warner Bros. Entertainment Inc., compel nine ISPs to block the entire website URL’s for specific websites, and further grant the plaintiff’s ‘dynamic injunctions’, which allows them to refer any additional ‘mirror/redirect/alphanumeric’ to the Joint Registrar of the Delhi High Court, who can expand the scope of the judicial order to include such websites. Readers would recall that this form of injunction was first granted in India in the case of UTV Software Communication Ltd. vs. 1337X.TO and Ors., which we covered here.

As per the orders, the suits were resorted to after ‘legal notices’ had already been sent to the defendant websites, asking them to take down the infringing content. In the absence of any response from the defendant websites, the Plaintiff approached the court, praying for permanent injunction, rendition of accounts and damages.

These orders also present a further novelty in terms of online injunction jurisprudence in India. In each of the orders, the Department of Telecom and the Ministry of IT has also been directed to ‘suspend the domain name registration’ of the impugned website. It is unclear under what law this direction has been issued and what authority these government agencies have to ‘suspend’ the domain name registrations of these websites, several of which are domain names which are not even registered with registrars within India. More concerning is the shift towards implicating various online intermediaries into policing online content for copyright infringement in a manner which defies legal or economic logic without providing greater justification for the same.

India’s website blocking jurisprudence is plagued with issues which we have consistently covered at this blog. As we have documented before, there are multiple legal avenues in India under which injunctions appear to be granted to online intermediaries for matters of copyright. The manner putatively intended by parliament is the notice and takedown regime under the Copyright Act (S.52) read with the Copyright Rules (R. 75). Yet, for various reasons, this has been circumvented in its entirety by various High Courts across the country, which have instead issued blocking injunctions to intermediaries under their inherent powers under Section 151 of the Civil Procedure Code (a catch-all section empowering the Court for the ‘ends of justice’).

With the increase in website blocking orders (being granted for the asking), we seem to be moving away from the balanced standard which had for some time been endorsed by the Bombay High Court which restricted blocking orders to specific URLs demonstrated to be infringing. In fact, the Bombay High Court had endorsed a suggestion by Prof. Basheer, made on this blog, to institute a ‘IP Ombudsman’ to act as a neutral party to verify and deal with the mass of blocking injunctions, while applying an impartial judicial mind. Lawmakers and courts would do well to develop similar mechanisms for ensuring the legitimacy and proportionality of blocking injunctions in their efforts to curtail copyright infringement.