What’s in a Stream? The Confounding Case of IPRS’s Live-Streaming Tariffs

Divij wrote about the confusion created by Indian Performing Rights Society’s newly released tariff scheme for live streaming of online events and live/disc-jockey performances. He first discusses the problems with the scope of the notice which defines ‘live performance’ as music by performers in person, and disc jockeys as playing of a sound recording. He then explains the lack of clarity as to whether digital streaming of musical works is to be considered a ‘performance’ and ‘communication to public’of the underlying works under Section 14(a)(iii) of the Copyright Act, or if it consists of a reproduction of underlying works, which would require a distinct set of permissions. He then raises concerns regarding transparency and accountability.The initial announcement which applied the tariffs from July 1, failed to fulfill the requirements of Section 33A of the Copyright Act and Section 56 of the Copyright Rules which when read together, direct copyright societies to provide at least a two-month notice before issuing any new tariffs. Finally, he notes that the Draft Copyright Rules released in June 2019 mandate consultation with user groups before imposition of any new tariffs by copyright societies, as well as other guidelines which do not appear to have been followed.

Should India Invoke Section 157A in the Context of Covid-19? 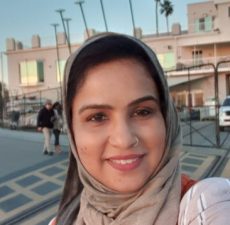 In a guest post, Shirin Syed discussed the use of Article 73(b) of the TRIPS Agreement to suspend the enforcement of any intellectual property right that can potentially obstruct the procurement or local manufacturing of the products and devices necessary to protect their populations, in the Indian context. She explains how expert opinion favours pandemics being included in the scope of ‘emergencies in international relations’ under Article 73(b). Discussing the Russia-Ukraine case example where the WTO panel interpreted a narrow dictionary meaning of ‘emergency’ suggesting situations involving armed conflict, she emphasizes on the need to read the TRIPS Agreement in the light of Doha Declaration, in order to include public health emergencies within its ambit. Shirin points out that the security exception in Article 73(b) exception is incorporated in Section 157A of India’s Patents Act and defines security of India to include war as well as ‘other emergency in international relations’. According to her, while this section may not have envisioned a pandemic, the notion of security has expanded over a period of time and arguably includes issues which pose threat to life and properties of people, such as public health emergencies. 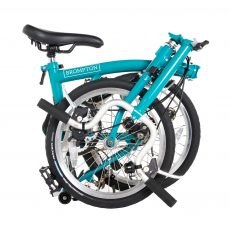 Mathews discussed the judgment of the Court of Justice of the European Union (CJEU) in the Brompton Bicycle case, which deals with functionality in copyright. The issue before the Court was whether a ‘work’ (here, a foldable bicycle), whose shape is necessary to achieve a technical result, can be excluded from copyright protection under Articles 2 to 5 of the Directive 2001/29/EC. After considering several factors, CJEU concluded that copyright can subsist on a work whose shape is, at least in part, necessary to obtain a technical result, so long as the work is an original expression of the author’s creative choices which reflect his personality. Mathews points out that this reasoning aligns with the author’s rights system wherein the author-work relationship is given prime importance. Further, CJEU has cautioned that copyright cannot be extended when shape is dictated solely by its technical functions. Comparing this to Section 52(1)(w) of India’s Copyright Act, he opines that even in India, copyright protection can be denied only when the shape is purely functional, as copyright essentially seeks originality, not the complete absence of functional component.

What Kind of Trademark is ‘Make in India’? A Brief Academic Inquiry

In another guest post, Dr. Sunanda Bharti analysed the nature of the ‘Make in India’ trademark, which is registered as a device trademark but appears to function in the manner of a certification mark. She explains how the Make in India initiative was launched in 2014 to fuel the growth of the manufacturing in the country by targeting 25 Indian sectors. She points out how the ‘Make in India’ logo featuring a lion silhouette, despite being a device mark registered under multiple classes, does not have goods or services provided in its name (as is required of certification marks under Section 70 of the Trade Marks Act). Instead, it is available upon approval to be placed on goods manufactured or services generated under those 25 Indian sectors, as an assurance that the product/service has contributed to the growth of Indian economy. Dr. Bharti then compares its functioning to that of the ISO certification mark registered by Bureau of Indian Standards. In conclusion, she observes that the latter is sui generis in its nature, which operates very much like a certification mark but not entirely.

Tattoos: The Tussle between Copyright and Publicity Rights 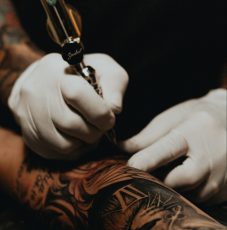 I wrote about the complications arising from the conflict between a tattoo artist’s copyright over her tattoos and the tattoo bearer’s publicity rights. When the tattoo bearer is a celebrity, the tattoo becomes so closely associated with her image that it turns into indicia of her personality, entering the publicity right realm. Indian courts have recognized right to publicity to be similar to a common law right as well as a corollary to the right of privacy, and the Supreme Court has upheld it as a fundamental right in the Puttaswamy case. This creates conflicts between the tattoo bearer’s publicity right and the tattoo artist’s economic rights of reproduction, communication to public, issuance of copies, as well as her moral right to integrity. Applying the principles of Raj Rewal v. UoI, I argue that presently, the fundamental right status of the former will defeat any rights available to the tattoo artist under the Copyright Act. I then discuss solutions such as implied license doctrine and work-for-hire treatment, underscoring their limitations. In conclusion, I call for legislative clarity on the demarcation between all of these overlapping rights. 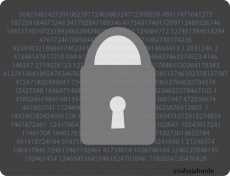 In another of our guest posts, Sahaja Burde argues that Section 91 of the Personal Data Protection Bill 2019 which seeks to provide the government access to anonymised personal data and non-personal data held by companies is at odds with trade secret protection. She illustrates the importance of trade secret protection by citing the example of the Coca-Cola company’s exit from the Indian market in 1977 upon being asked to share its formulae. She then explains that trade secrets in India are either protected through the common law action of breach of confidence, or in case of structured data sets, as ‘databases’ under Copyright Act. Sahaja notes the case of Eastern Book Company (EBC) v. DB Modak, where the court held that modicum of creativity is necessary for copyright protection. Relying on it, she argues that the process of anonymization of raw data achieved by way of technological inputs and technical skills, fulfills the requirement of ‘creativity’ as per the EBC standard. She concludes that Section 91 infringes the protection extended to these trade secrets under the Copyright Act.

Bombay HC grants interim injunction to Zee Entertainment against the unauthorized broadcast of its movies ‘Kartavya’ and ‘Jung’ [July 16, 2020] 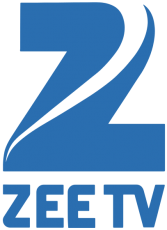 In Zee Entertainment Enterprises Ltd. v. Teleone Consumers Product & Ors., a single judge bench of the Bombay High Court passed a temporary injunction restraining Teleone Consumer Products Pvt. Ltd. and Creative Channel Advertising and Marketing Pvt. Ltd. from broadcasting the movies ‘Kartavya’ and ‘Jung’, the rights to which are owned by Zee. Zee had moved the High Court as these movies had been broadcasted by the defendants’ channels ‘Maha TV’ and ‘Manoranjan TV’ multiple times. The Court noted that Zee had unequivocal, exclusive and absolute rights to broadcast these movies on TV, and the defendants had broadcasted these movies without obtaining a license from Zee. Accepting Zee’s arguments, the Court declared this a prima facie infringement of Zee’s copyright and granted the injunction sought by it.

In Aktiebolaget Volvo v. Sparsh Industries, the proprietor owning the ‘VOLVO’ trademark had submitted before the Delhi High court that the defendant Sparsh Industries was using a ‘SPVOLVOIL’ trademark for its own trade in lubricants, which, if not identical, is deceptively similar to its mark. Sparsh Industries argued that it’s SPVOLVOIL trademark which contains the word ‘VOLVO’ is in fact one word and not two separate words, ‘Volvo’ and ‘Oil’, and is therefore not infringing. The Court rejected Sparsh Industries’ arguments and observed that a prima facie case is made out against it, and that continued use of the impugned trademark by the defendant would not only cause irreparable damage to the plaintiff but would impact public interest as well. 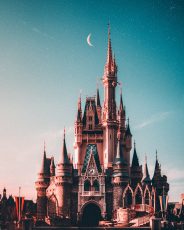 In Disney Enterprises v. Kimcartoon & Ors., the Delhi High Court issued an interim John Doe order directing internet service providers to block a total of 118 rogue websites including KissCartoon, KissAnime, and GoGoAnime which have been broadcasting cartoon programmes copyrighted by Disney. Although the Department of Telecommunications and the Ministry of Electronics & Information Technology had not been impleaded in the case, the Court termed it a procedural error and ordered the Department and the Ministry to ensure that these websites are blocked from streaming Disney’s content illegally in order to prevent irreparable damage being caused to Disney’s commercial and statutory interest. 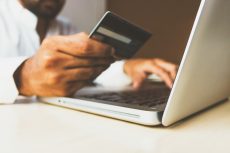 Government E Marketplace v. Unilex Consultants & Ors. concerns the use of the URL ‘gem.registration.html’ by the defendant. The defendant in its website indicates that they are offering registration on the Government E Marketplace, that is, the GeM portal against receipt of fee. However, once the fee is collected, no further steps are taken for obtaining registration on the plaintiff’s GeM portal. The Delhi High Court directed the Defendant to not use the said extension URL or any other deceptively similar extension URL as a part of its domain name and to not project to the public at large that it is, in any way, associated or connected with the Government E Marketplace. 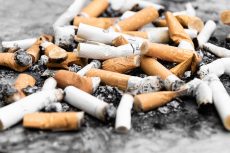 The Bombay High Court granted ITC Ltd. an interim injunction against rival cigarette manufacturer Godfrey Philips restraining the latter from infringing ITC’s trademark in its ‘FLAKE REFINED TASE’ packs as well as from using imitations of the artworks appearing on the its tobacco products’ packs which were copyrighted. ITC had pleaded that Godrey Philips had copied the gold and red colour scheme and patterns appearing for its own SELECT pack. Justice Colabawalla accepted ITC’s arguments, noting that ITC’s products had enjoyed considerable reputation in the markets of West Bengal and North-East India since 1994. The Court termed this a prima facie case of infringement and issued a pro-tem order against Godfrey Philips.

The Delhi High Court awarded an ad-interim injunction to the proprietor of Budweiser who had approached the Court, accusing the defendants of ta rnishing its reputation by making social media posts that circulated fake stories of Anhueser’s employees urinating in the Budweiser beer sold to its customers. Anhueser successfully established before the court that the reputation associated with Budweiser beer has been the driving force behind its success across the world and the defendants’ defamatory statements have done significant harm to the same. Accepting these arguments, the court held the defendants guilty of commercial disparagement and restrained them from reproducing, broadcasting, communicating to the public, screening, publishing and distributing the impugned video on various social media.