Recently, Reliance Jio launched its video-conferencing application called ‘JioMeet’. The launch, however, has been muddled with controversy as the graphical user interface (‘GUI’) of the application is considerably similar to its competitor ‘Zoom’. In a recent statement, Zoom has mentioned that it is discussing with its legal team and is contemplating a possible suit for such copying of its interface. If the dispute does end up reaching the courts, it would be India’s first major litigation addressing the issue of non-literal copying of computer software and would clarify India’s legal stand on the same. Non-literal copying implies copying of elements other than the literal source code or object code of a computer programme. In this piece, I analyse the primary considerations that the courts would need to address and the possible outcomes that they might reach. 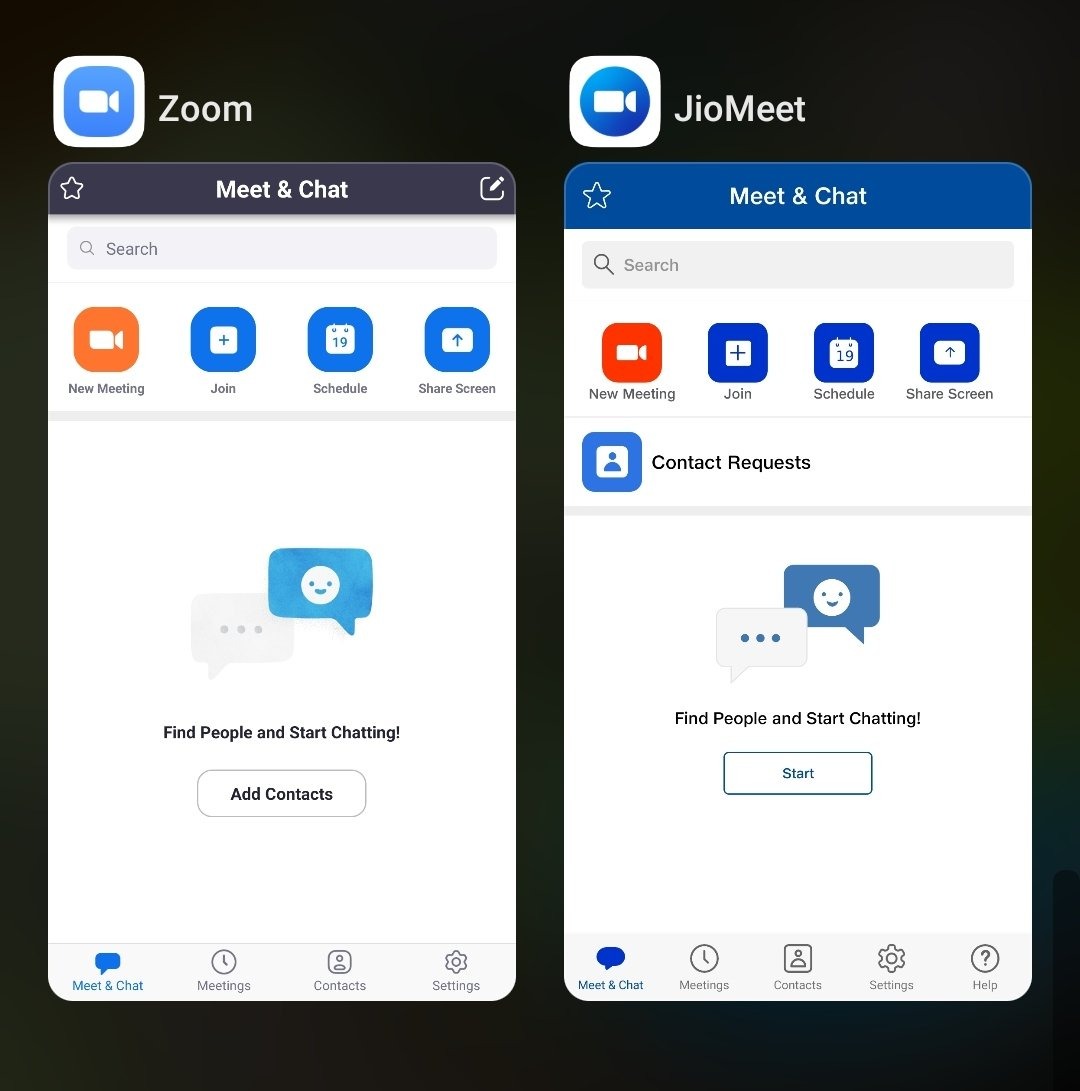 Is the Zoom GUI Copyrightable?

As per Section 2(o) of the Indian Copyright Act, computer programmes are protected as literary works. Computer programmes have further been defined to mean “a set of instructions expressed in words, codes, schemes or in any other form” as per Section 2(ffc). Under this definition, computer software or an operating system would thus be protected by the copyright law. The question that then remains is whether the GUI including the structure of the programme and its design would be protected.

The Bombay High Court in the case of Maraekat Infotech Ltd. v. Naylesh V. Kothari had noted as follows:

“The Courts have, no doubt, in the matter of infringement of copyright in software considered not merely literal similarity, but also similarity in programme structure and design features.”

It further emphasised that copyright in computer programmes also extended to their ‘structure, sequence and organisation’. This interpretation seems to indicate that the GUI of a programme would also be protected. A similar interpretation seems to stem from the website of the Ministry of Electronics & Information Technology which notes the following in relation to computer programmes:

“Copyright protects form of expression and can be used to protect source code and the object code of a computer programme. Furthermore, computer programme is protected as a literary work by the Indian Copyright Act and hence, the look and feel of Graphical User Interface (GUI) can be protected under the Copyrights.” (emphasis supplied)

Which Elements of the Zoom GUI are Copyrightable?

Despite the above position permitting protection to the GUI of a computer programme, it would still have to qualify to be an ‘expression’ since the copyright law in India does not protect mere ‘ideas’. This position has been addressed in detail by the Supreme Court in the case of R.G. Anand v. Delux Films (‘R.G. Anand’) in context of non-literal copying of plays. In this case, the court noted that copyright protection extended only to the “form, manner and arrangement and expression of the idea”. Accordingly, in the context of a software its functionality in itself will not be protected as that is merely the idea behind the software. The GUI of a software would thus have to be tested in this context.

Applying this logic to the instant case, the mere presence of icons in the GUI signifying elements such as ‘New Meeting’ or ‘Join’ would not in themselves be protected as they merely indicate the function of a video-conferencing application. However, what would indeed be protected is the ‘manner and arrangement’ of these icons and the way different elements of the application structurally relate to each other. Moreover, the design of the icons is a unique expression as encoded in the programme and is thus protected under the copyright law. This process of separating different elements of the programme and culling out the protectable elements has been considered by Prof. Yogesh Pai to be similar to the first two limbs of the Abstraction-Filtration-Comparison test developed by the US courts in the case of Computer Associates International v. Altai (as summarised here previously).

After determining the protectable elements of the Zoom application to be the specific design and arrangement of the various icons and their interaction with each other, the question then is whether JioMeet infringes these protectable elements. In this context, the court in R.G. Anand specified as follows:

“One of the surest and the safest test to determine whether or not there has been a violation of copyright is to seeing the reader, spectator or the viewer after having read or seen both the works is clearly of the opinion and gets an unmistakable impression that the subsequent work appears to be a copy of the original.” (emphasis supplied)

Furthermore, the court added that where the subsequent work is ‘literal imitation’ of the earlier work with minor variations it would amount to an infringement. At the same time the court specified that the copy must be ‘substantial and material’ and the differences between the two works should also be looked at while arriving at a decision on infringement. Hence, as per this proposition, it is required that the protectable expression of the Zoom app is compared with that of JioMeet to determine the similarities between the two. A detailed graphical comparison of different elements of the interfaces of both applications is available here. A perusal of these comparative images clearly indicates that the interface of JioMeet is a literal imitation of that of Zoom with minor variations. Apart from a minor difference in the colour contrast, the text used to signify different elements of the interface as well as the arrangement of different features is almost identical. From the reactions of different users of the two applications, it is clear that there appears to be an ‘unmistakable impression’ that the interface of JioMeet is a copy of that of Zoom.

The above analysis indicates that if Zoom does take the matter of infringement to court, it has a strong claim. Thus, while JioMeet rides on the bandwagon of ‘made in India’ as a selling point, it isn’t particularly Aatmanirbhar in its endeavours. The court would, however, need to avoid a reference to the decision of the UK High Court in Navitaire v. Easyjet Airline where the court had denied the claim on non-literal copying holding the UI to be merely an idea as against an expression and confined it to a limited protection in so far as individual elements of the UI amounted to artistic works. This is because, as examined above, such an interpretation is not tenable as per the Indian law. Interestingly, JioMeet has recently updated its GUI to make it look different from that of Zoom. It, however, still looks considerably similar to Zoom’s interface, especially the extended menus. In any case, this would not absolve it of its liability for the earlier infringement, though it might lead to reduced penalties. To part, it must be noted that while Zoom’s GUI isn’t registered under design law, this dispute also reignites the debate surrounding the rather restrictive stance adopted by the Indian Design Office in registering GUIs despite having ‘screen displays or icons’ as a separate class of registration.