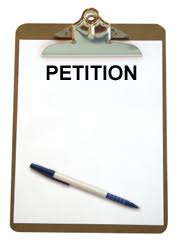 A few weeks ago we had an interesting series of posts on SpicyIP, debating the role of the Intellectual Property Appellate Board (IPAB) and whether it should continue to exist. Along with our former blogger Rahul Bajaj, who is currently a Rhodes Scholar at Oxford, I have drafted the petition below requesting the government to consider a proposal to scrap the IPAB and transfer its functions back to commercial courts and High Courts. We intend to send it to the Ministry of Commerce on Monday. If any of our readers have comments on the petition or would like to add their name to it please feel free to email me at preddy85[at]gmail.com:

Sub: A petition to shut-down the Intellectual Property Appellate Board (IPAB) and transfer its functions to Commercial Courts & High Court

[1] “PM Narendra Modi critical of Tribunals, asks if they are a barrier for justice”, Economic Times , April 5, 2015 available at https://economictimes.indiatimes.com/news/politics-and-nation/pm-narendra-modi-critical-of-tribunals-asks-if-they-are-barrier-for-justice/articleshow/46813862.cms

[15] Order XVA of the Code of Civil Procedure as amended by the Commercial Courts Act, 2015.