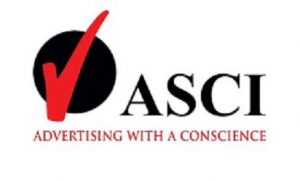 A single-judge bench of the Delhi High Court recently passed an order granting an interim injunction in the case of Reckitt Benckiser (India) Private Limited v. Hindustan Unilever Limited. The case concerned an allegation of disparagement caused to the Plaintiff’s product Dettol antiseptic liquid by the Defendant’s Lifebuoy soap commercial. After the Plaintiff proved a prima facie case of disparagement, the Court granted an interim injunction restraining the Defendant from airing the advertisement until the final decision in the suit. This case is the latest battle in the war of disparagement suits between the parties and provides a note to discuss the applicable standards of disparagement in comparative advertising.

For disparagement claims in comparative advertising, a 3-step test is used to determine if the claim can succeed. First, there must be a misleading or false claim regarding a product; second, the claim must lead to the deception of the consumer; and third, it is likely to affect consumer behavior. Further, the balance of convenience should be found in favor of the claimant for granting relief.

In this particular case, it was found that prima facie, the Defendant’s advertisement did make a false claim, it was deceptive to the consumer and had the potential to affect consumer behavior. Further, given that the advertisement had not been aired since December 2018, the balance of convenience tilted in favor of the Plaintiff. Taking all these factors into consideration, the Judge granted an interim injunction in favor of the Plaintiff in this case as the advertisement was found to violate Section 30 of the Trade Marks Act, 1999 because it was ‘detrimental to the distinctive character’ of Dettol’s trademark.

While this is a fairly straightforward case of disparagement, an interesting observation that comes from the Court is the fact that the parties are “using their financial prowess (and) are playing the game of litigation”. The Judge made this observation after noting that the matter had come up in April 2018 and by the time the arguments progressed in July 2019, the advertisement itself was not being aired and was last aired in December 2018. During the arguments stage when there was a suggestion to pursue an amicable settlement, the parties could not agree on the terms for the same and it fell through. Despite it having been more than a year and a half since the advertisement was aired and despite the Defendant not having an intention to air the same in the near future, the Defendant claimed that they should be at liberty to air it at any time and continued with the litigation.

The parties have a history of disparagement claims against each other (see cases here, here and here). The most recent case being about RB putting out a denigrating advertisement about Lifebuoy soap during the COVID-19 pandemic. In the present case too the Judge made an observation regarding the similarity of this matter and earlier cases that had come up. So, this brings us to seriously consider the Judge’s comments on the litigation game being played. Any reasonable audience of RB and HUL’s advertisements that involve a comparison of each other’s products would easily recognize that their claim is based on not just proving the effectiveness of their product but to show the competing product as being completely ineffective, thus making a disparaging claim. While comparative advertising is fair game, the only fetter on it is that it should not unfairly denigrate, attack or discredit other competing products. The series of cases brought to court by these two parties show that these advertisements do not really seem to take the fetter seriously. While HUL did claim that it had the Article 19(1)(a) right to commercial free speech, it has been held in cases of disparagement that this right has to be balanced with the constitutional right of the competitor under Article 21 to the reputation of their goods and the test of proportionality will be applied accordingly; and the scales often seem to tilt towards the plaintiffs in these cases.

The Advertising Standards Council of India (ASCI) uses a Code that promotes self-regulation of advertising content. This Code also provides guidelines on comparative advertising. The guidelines say that comparison should be based on facts and should not mislead customers through the distortion of competing products. Apart from this, the Code also says that competing products must not be attacked or denigrated.  Precedents in the cases of Dabur India Ltd. v. Colortek Meghalaya Pvt Ltd, Colgate Palmolive Company v. Hindustan Unilever Ltd, Havells India Ltd v. Khaitan have repeatedly held that advertisements while comparing should not disparage other products or promote a false claim. The standards set by the courts and the ASCI are understood in a flexible manner in order to allow for companies to promote their products in creative manners they deem fit. However, this very flexibility often leads to the decimation of the line between promoting one’s own product and denigrating a competing product, that is, the line between puffery and disparagement often turns out to be non-existent for advertisers. Perhaps it is time to consider stricter guidelines or look beyond self-regulation with respect to comparative advertising in order to prevent repeated and similar claims of disparagement from advertisements that aim to denigrate competing products.

While it has been observed by courts in cases of comparative advertising that the relief for disparagement has to be restricted to gross cases and that the impact of the advertisements on the consumer must be studied to arrive at a conclusion, the repeated instances of these claims being brought to court on similar grounds of disparagement and also being granted interim injunctions in more cases than not, may be indicative of the fact that these advertisements are perhaps designed to portray a competing product in bad light until they are asked by courts to not do so.