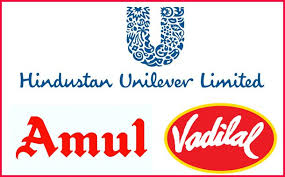 Earlier this year, Amul found itself strapped in legal trouble when Hindustan Unilever Limited (HUL) sued them for disparagement. At the root of the dispute, were two advertisements comparing Amul’s “icecreams” to other “frozen desserts” – claiming that the former uses “real milk” while the latter does not. We had covered this over here, when the issue first hit headlines.

Last month, a single judge bench of the Bombay High Court passed a comprehensive judgment on the matter (Suit (L) No. 204 of 2017) The order confirmed that the advertisements had caused generic disparagement of goods in the product category, ‘frozen desserts’ and in extension had caused disparagement of HUL’s products of the same category (popularly known as Kwality Wall’s).  J. Kathawalla restrained Amul from airing the impugned advertisements and also from otherwise disparaging or denigrating HUL’s products or business.

The trouble began when Amul aired an advertisement (TVC1) that compared Amul’s “icecream” with other “frozen desserts.” The storyline of TVC1 follows a young girl (Shriya) demonstrating courage in the dentists’ office, which qualifies her for ice cream as a reward. This then leads to a visual showing two cups – one labelled ‘Amul’ and the other labelled ‘Frozen Desserts – is made of edible vegetable oil’. While the former cup has milk flowing into it, the latter has a thick, semi-solid liquid flowing in. With this visual in place, the voice-over then clarifies that Amul “icecream” is made out of “real milk” as opposed to “frozen desserts” which are made out of vanaspati (the semi-solid substance). It also instructs that children like Shriya should be given pure, “real milk” made “icecreams” instead of “frozen desserts” made out of “vanaspati/vanaspati tel.” (emphasis supplied)

It then asks consumers to check the packaging for the word “icecream” before making a purchase. The disclaimer in the TVC1 is entirely illegible and notes the following:   “FSSAI – the apex body of food safety and regulatory norms in India defines Ice-cream as milk based product that has not less than 10% milk fat and Frozen Dessert as Vegetable Oil based product that has not less than 10% Vegetable oils. It also prohibits any misguiding practices of presenting frozen desserts as ice-creams. Vanaspati mentioned in the voice over refers to Vegetable Oil.”

The second advertisement (TVC2) is the same as TVC1 except that in this, the voice-over and disclaimer both substitute the words ‘vanaspati tel’ for ‘vanaspati’.

The Court, as mentioned earlier, confirmed disparagement in this case. It held that “the content, intent, manner and storyline of the impugned TVCs seen as a whole, convey a false, untruthful, malicious and negative message” thereby disparaging “the entire category of products known as Frozen Desserts of which the Plaintiff is a market leader” and “also disparaging the products manufactured and sold by the Plaintiff and adversely affecting the business of the Plaintiff.”

The judgment comes up to a whopping 87 pages, with facts that admittedly require more clarification. Although the averments are centered on some basic issues, they are scattered along the length of the order. Due to this, I have attempted an analysis by drawing only on the key considerations, over the course of two posts. Each of these key issues include the relevant contentions, the corresponding opinion of the court, and my own views.

At the very outset, the court clarified that in view of the claims in the present suit, the law of generic disparagement had to first be studied. It traced the same through a host of cases over the past decade or so – Reckitt & Colman v. M.P. Ramachandran [1] (1999), Dabur India v. Colgate Palmolive (2004), Annamaliyar Agencies v. VVS & Sons [2] (2008), Godrej Consumers v. Initiative Media Advertising (2012).

Through a perusal of these cases, the court confirmed what is assuredly a well-settled principle of law – that while puffery of one’s goods through advertisement is permissible, this puffery should never extend to slander of a rival’s goods. Such slander of a rival’s goods is not restricted to cases where such rival’s products are expressly identified or pin pointed in the advertisement. An insinuation/slanderous projection made against a class of rival goods would equally affect a single manufacturer whose goods form part of the same class. And as such, it would not be a valid defence that there was no actionable claim, just because the said manufacturer was not expressly mentioned in the advertisement committing defamation of the entire class of products. Further, to determine disparagement, the crucial factors to be examined were: (1) intent of the commercial (2) manner of the commercial (3) story line of the commercial, and (4) the message sought to be conveyed by the commercial.

The above determination thus justifies the entitlement of HUL to sue for generic disparagement and slander of products sold under the category of “frozen desserts.” The next issue in this case, would then be – has there been disparagement of ‘frozen desserts’ through the impugned TVCs? This leads us to the root of the controversy: that the TVCs claimed that Amul’s products were “icecreams” since they contained real milk as opposed to “frozen desserts” that contain only “vanaspati/vanaspati tel.”

Before going into the contentions raised in this regard, it is essential to understand the difference between the two products and how “vanaspati/vanaspati tel” figures into this equation.

The court, after a perusal of the FSS regulations, made the following relevant observations: (a) The parent group “dairy based desserts” includes two sub-groups, “icecreams” and “frozen desserts”; (b) Under Indian law, “icecreams” = milk/milk solids + fat (milk fat); (c) Under Indian law, “frozen desserts” = milk/milk solids + vegetable fat. Essentially, the difference between the two is the “fat” added to the milk/milk solids. In case of ice creams, the milk fat must be over 10% with other ingredients remaining the same, whereas frozen desserts must have a total fat (that could be either vegetable or milk fat) content of over 10%.

At this point, it is important to reproduce the exact wording of the FSS Regulations. Section 2.1.7 sub sections (1) and (3) note –

“Ice Cream means the product obtained by freezing a pasteurized mix prepared from milk and /or other products derived from milk..”

“Frozen Dessert means the product obtained by freezing a pasteurised mix prepared with milk fat and / or edible vegetable oils..”

This, to me, is slightly confusing – as I’m not sure whether the court’s reading is in conjunction with this definition. Further, this might lend some clarity to the statements made by Amul. However, having said this, the Regulations definitely rule out one important thing: that frozen desserts contain no milk at all or that they contain only vegetable oil.

The court then perused the Regulations to note that the difference between edible vegetable oil and vanaspati is that the latter is produced when vegetable oil undergoes a process of hydrogenation. Hydrogenation is a process of producing a fat with semi-solid consistency. As per the nutrition profiles of vanaspati as against edible vegetable oil, the former contains higher trans-fat and saturated fats and is admittedly harmful for health (as per annexures to the plaint and also verified here, here and here.)

Another interesting point brought up by Amul was that in the Hindi translations of the FSS Regulations, “vegetable oil” is called “vanaspati tel.” Further, the oxford dictionary meaning of “vegetable oil” is also “vanaspati tel.” As mentioned earlier, the facts only mention that HUL have proved the lack of use of vanaspati. Apart from a cursory reference to the plaint in paragraph 41, there is no clarity of whether they or the other respondents use vegetable oil and/or milk solids in their “frozen desserts.”

The court struck down this argument on the grounds that the TVCs on the whole were indicative of Amul’s agenda to misuse public perception of vansapati and denigrate and disparage “frozen desserts.”  It was the overall “intent, manner, and effect” of the TVCs and not merely the use of the words “vanaspati/vanaspati tel” – which was in issue. The court observed that if Amul were so keen on using the Hindi words, the entire advertisement should have been in Hindi. The court also opined that consumers cannot be expected to sit with dictionaries while watching advertisements.

Assuming but not admitting, that Amul had used the terms “vanaspati tel” in the second TVC in consonance with the Hindi FSS Regulations and the Oxford Dictionary, the effect of the advertisement would still be to influence the consumers against “frozen desserts” through the depiction that they contain only vegetable oil/vanaspati tel and are thus “impure” or inferior to “icecreams.” This justifies the court’s holding to the extent that even if Amul had intended to use the words “vanaspati/vanaspati tel” to mean vegetable oil, which might not be factually incorrect, the entire effect, intent, and manner of the TVCs would still have disparaged “frozen desserts.”

This disparagement through the “intent, manner, effect” of the TVCs, will be analysed in light of the claim under comparative advertising, in Part II of the post.