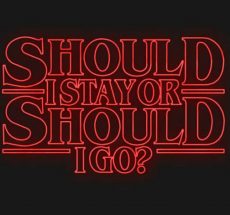 [This post was co-authored with Praharsh Gour. Praharsh is a graduate from Hidayatullah National Law University, Raipur and has previously worked with an IP firm, practicing in New Delhi. He is presently an LL.M candidate at the Faculty of Legal Studies, South Asian University, New Delhi]

A recent IPAB order has resulted in a revoked patent over an anti-cancer drug Ibrutinib, being granted a curious new lease of life for the duration of on-going litigation before itself. This post will attempt to look more into this temporary revival and the surrounding circumstances. Prior to that, a quick look at the drug at the centre of this:

The drug, Ibrutinib is sold under the brand name “Imbruvica”, and as per its website, is used to treat adults with Mantle cell lymphoma (MCL), Chronic lymphocytic leukemia (CLL)/Small lymphocytic lymphoma (SLL), Waldenström’s macroglobulinemia (WM), Marginal zone lymphoma (MZL), and Chronic graft versus host disease (cGVHD). Leukaemia, as many readers would know, is one of the more common kinds of cancer in the country.

Meanwhile in the US, Natco has filed for an Abbreviated New Drug Application (ANDA) containing paragraph IV certification before the US FDA, in January 2019 for the generic version of the Ibrutinib tablets. With respect to this, Natco has also stated, “We further believe that our ANDA may be eligible for 180 days of marketing exclusivity at the time of potential launch of the product under certain circumstances”.  Given that under the US’ Hatch-Waxman Act, 180 days of marketing exclusivity are granted to the first generic company to successfully challenge (or bypass) an existing patent, this indicates Natco may very well be gearing up to challenge the validity of Ibrutinib in the US as well.

On 18/12/2019, Pharmacyclics (Petitioner) sued Natco and Laurus Labs (Respondents) before the Delhi High Court for allegedly infringing its patent Ibrutinib. The Respondents contended that Laurus Labs’ post-grant opposition proceedings (under Section 25 (2) of the Patents Act) were pending before the Controller. On 04/03/2020, the Controller passed an order (PDF) revoking the patent for Ibrutinib (Patent number 262968) on grounds of lack of inventive steps. (As the petitioners later point out, the Controller seems to have bypassed certain formalities – more on this later). Based on this order, the Respondents sought dismissal of the DHC plaint. The Petitioner said they would file an appeal before the IPAB “within the next two weeks”, and on that basis, asked for adjournment. The High Court passed a conditional order stating that the suit shall be dismissed with liberty to be revived or reinstituted if the IPAB doesn’t pass an interim stay order by the next date of hearing.

The IPAB, which was taking up only urgent matters due to the outbreak of Covid-19, resumed its functioning, via video conferencing from 26/05/2020, and took this matter up on 12/06/2020. There, the IPAB passed the interim stay order against the Controller’s revocation of the patent, on apprehension of “irreparable damage to the Petitioner”, and set the final date of appeal on 09/07/2020. This also prevented the Petitioner’s suit from being dismissed at the Delhi High Court.

Was the stay justified?

Does the IPAB have the power to stay the opposition decisions by the Controller, and to do so as an interim measure?

Before looking into that, it is worth noting that the ‘interim’ measure the bench deemed appropriate to pass, does not consider the Controller’s revocation to be prima facie evidence of invalidity of the patent. Rather, the IPAB states that the appellants have made a strong prima facie case in its favour by arguing that (i) the DHC case would be dismissed, (ii) that the Controller did not submit additional evidence filed by the parties to the opposition board, as instructed by the DHC in the order dated 20/11/2019, and (iii) that the controller decided on obviousness without application of mind. While it is good to see the IPAB holding strong on procedural requirements, there was unfortunately no substantiation as to how this last point was reached.

The Trade Marks Act, 1999 expressly recognizes that the Board is vested with the powers similar to that of a civil court under Section 92 (2) and subjects the powers to grant interim orders to limitations under Section 95. The Board, in M/s. Shreedhar Milk Foods Pvt. Ltd v. Vikas Tyagi and Ors. [2013] IPAB 106 has expressly recognized that it has such powers to grant interim orders to avoid instances of injustice. More specifically, it concluded that this power to pass interim orders must be taken up after considering the following factors- prima facie case, balance of convenience, irreparable hardship and irretrievable injury and most importantly must be used to avoid injustice. Interestingly, the pleadings taken up by those in favour of such a power were the fear of ‘illegal’ registration of a patent, protecting public interest, removing unworthy patents  and fear of deceiving the innocent consumer (paras 14, 16).

The IPAB also exercised such a stay power in the Sunitinib case (discussed here) but did not discuss these powers there. For the purposes of this post, we’ll continue with the assumption that the IPAB does hold these powers, and perhaps those with more insight can let us know in the comments if this assumption is faulty.

What is pertinent to note here is that this power of the tribunal is to be exercised with due caution and to serve the ends of justice. In the Shreedhar Milk Products case, the Board was very cautious of this, noting that these powers of the Board are to be exercised diligently. In para 45, it held that it cannot simply interfere with the decision of the subordinate authority only because it has a different point of view on the same set of facts. It further stated that unless the original authority’s view is arbitrary or perverse, it shall be hesitant to interfere, much less to grant interim orders. The Supreme Court in Super Cassettes v. Music Broadcast Pvt. Ltd. opined that interim relief which essentially grants the final relief, should be granted in rare and exceptional cases. It further stated that incidental powers like passing the interim orders can at best be used to preserve the status quo, but must not alter the same.

In the current case, this does not seem to have been followed. The status quo (i.e., the revoked patent) was altered by the stay, and there does not seem to have been any discussion on why this is a rare and exceptional case. Moreover – given that the date of final hearing is only 1 month away – wouldn’t a security deposit have sufficed? Especially considering that this is not merely a matter of products on/off shelves, but also of cancer patients receiving medicines at 1/10th the cost of the alternative option.

Does this mean that generics can approach the IPAB for a stay order after the Controller has upheld a patent’s validity in opposition proceedings?

Going by the present order, this should also give generic manufacturers an ability to approach the IPAB for interim stays, in the counterfactual scenario as well. The Board in the present case decided in favour of granting a stay essentially only on the basis of the Applicant’s allegations against the Controller’s order, since no representation was made on its behalf on the day of the hearing. Thereby, the Board has set up a very low threshold for any aggrieved party to ask for a stay order. The IPAB has not discussed why it believes the Controller hasn’t applied his mind and has also inadvertently acknowledged that the Controller’s decision in a post grant opposition does not necessarily serve as prima facie evidence of a patent’s status. This opens the doors for generic companies to approach the IPAB for an interim stay on similar grounds, on a controller’s upholding of a patent. This could in fact be seen to be in line with the IPAB’s Shreedhar Milk Products case, which emphasised these interim stay powers as necessary to avoid instances of injustice, in the context of ‘preventing wrong patents from being registered’, etc.

Edit: On 17/06/2020, in response to a writ petition filed against the interim order on the basis of it being ‘virtually a non-speaking order’, among other contentions, the Delhi High Court passed an order stating that Laurus Labs could, if it so desires, move an appropriate application before the IPAB for a vacation of the interim order. It also stated that if Laurus Labs does this, the IPAB is requested to deal with it as expeditiously as possible. And directed that the patentee should not seek an adjournment on the next date of hearing (09/07/2020) before the IPAB.

[Hat-tip to Sandeep Rathod for pointing us to this development.]