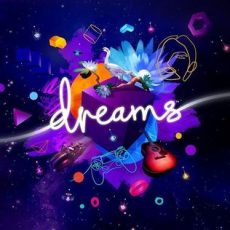 We’re pleased to bring to you a guest post by Sankalp Jain on copyright issues related to video games and user generated content. Sankalp is a third year student at NALSAR University of Law, Hyderabad.

In the post, he discusses the copyright framework of the video game ‘Dreams’, a collaborative platform for creating and sharing different kinds of user-generated content (UGC), and argues that current Indian copyright law is inadequate to respond to diverse UGC which take the form of fan-creations.

As the Internet moved from Web 1.0 to Web 2.0, we entered an age of ‘platforms’ and user-generated content (‘UGC’) – which has grown far richer than ever imagined. One form of creative expression that has boomed over the years is video-games which are now a multi-billion dollar industry. In general, copyright ownership of a video-game vests in either the game-developers or publishers. As per this comparative analysis (see page 11), some jurisdictions classify video-games as computer software while others break it into its individual components of literary, audio-visual, artistic, etc., works. As argued here, the Indian position is that video-games consist of independently copyrightable components and should not be viewed as single works of authorship. Broadly, these components are: the game engine, underlying software, and the focus of this post – the artistic works (called ‘assets’ in game development parlance). Assets include the plot, textures, 3D and 2D models, sounds, etc. In most games, these assets are owned or licensed to the developers/publishers. Sometimes, users can also create assets (UGC) – popular forms are machinima: gameplay used to create animated content, and mods: custom modifications in game mechanics and design. But what if I told you that there are games which create games and rely exclusively on UGC?

Game Creation Systems (‘GCS’) are “authorial tools” – consumer-level game engines which allow the user to create and modify game mechanics, appearance, and add or create soundtracks. GCS can also function as online platforms where users interact, rate, play, and create games collaboratively. The more powerful GCS become, the more forms of media (UGC) can be incorporated into the games. In this post, I take a groundbreaking GCS, the Play-station 4 game Dreams, as an example and argue that Indian copyright law is ill-suited to a progressive UGC creation regime.

Dreams is an accessible platform for collaboration and the creation of a pool of assets which can be freely shared among user-creators. Original artwork and music can be created, existing works can be reimagined, and users can create interactive works. As per S.4 of the End-User License Agreement [EULA], the copyright ownership of UGC is with the user-creator/s and is licensed to the publisher – Sony Interactive Entertainment. The EULA also provides for a blanket-license, subject to individual user’s in-game share and privacy settings, allowing other user-creators to use the UGC to create derivative works. This wide grant of rights aims to preempt infringement claims among user-creators for works created in Dreams. Thus, the EULA weaves a broad web of rights among different entities within the Dreams ecosystem.

To create a work in Dreams (called “DreamShaping”) the user-creator can either start from scratch or build-on (called “Remix”) someone else’s work. They can create their own assets or choose from assets created by other user-creators or the game-developers. Once a game, visual art, or music has been created, it can be published on the platform (called “Dreamiverse”). As individual components, the visual assets are computer-generated 2D/3D artistic works, in which copyright subsists as per Section 13 of the Indian Copyright Act, 1957 (‘Act’) read with Sections 2(c) and 2(d)(ⅵ). Similarly, copyright in the audio assets subsists as per Sections 13(a) and 13(c) read with Sections 2(d)(ⅵ), 2(p) and 2(xx) of the Act. Games, short films, and visual-novels would be classified as either ‘cinematograph’ or ‘artistic works’ under Section 13 of the Act, however, neither category truly captures the nature of these works. Finally, the user-creator who publishes the work to the Dreamiverse would be its owner under Section 17 of the Act and is credited in the game as such.

As one might expect, things start to get fuzzy as we come to the edges of ‘originality’ and the Dreamiverse. Viewing the game as consisting of individual copyrightable components, questions regarding the ownership of UGC arise e.g., who has the rights to monetise the UGC when it is displayed outside the Dreamiverse on platforms like YouTube or on live-streams? Further, there arises a hodgepodge of competing claims of copyright ownership on the different assets of the UGC in cases of non-authorised third party use.

Apart from original creations, many works on Dreams feature already-owned IP like Super Mario, the Hogwarts castle, an Avatar: The Last Airbender game, emulations of other games like Fall-Out 4, etc. The EULA specifically states, “…you [the user-creator] represent and warrant that your [UGC] does not infringe on the intellectual property or other rights of any third party”. Dreams complies with ‘Notice and Take-Down’ requirements. However, the Technical Director of Dreams curiously stated, “Most of the time I see them as homages – as covers, rather than rip-offs.” Taking this idea forward, can such ‘fan-creations’ exist on the platform?

In India, as this post theorised, fan-fiction can sometimes be classified as a ‘derivative work’ and when unauthorised, could constitute infringement. However, due to the non-commercial nature of fan-fiction and possibility of negative publicity, copyright owners rarely exercise their rights against fans of their work/s. Due to the close nexus in terms of the creators and purposes of its creation, the framework of copyright law and ‘fan-fiction’ can be applied to analyse the legal position of ‘fan-creations’ in Dreams. Since ‘fan-creations’ are unauthorized derivative works, there is a presumption to their creation being acts of infringement unless they are saved by the exceptions in the Indian Copyright Act.

Section 52 of the Act contains a long list of permitted acts (exceptions) along with a broad provision – Section 52 (1)(a) – which prescribes that ‘fair dealing’ with works for the purposes of: (i) private or personal use, including research; (ii) criticism or review, whether of that work or of any other work; (iii) the reporting of current events and current affairs, does not constitute copyright infringement. Therefore, for a fan-creation to not amount to infringement it must fall under any of the provisions of Section 52. While ‘Fair use’ provisions in U.S. Copyright law are akin to standards (as explained in the latter part of this post), Section 52 follows a more strait-jacketed approach. Only Section 52 (1)(a) would be applicable to fan-creations as the other exceptions do not contemplate such uses. Since the works are published to the Dreamiverse and are based on fictional works, the first and third provisions of Section 52(1)(a) would not apply. Therefore, for fan-creations in Dreams to be exempt they must be for the purposes of ‘criticism or review’. The difficulty in dealing with UGC using such exceptions lies in its myriad forms, many of which do not fall under ‘criticism or review’ and constitute prima facie infringement. Gauging by the sheer volume of UGC generation, it would be futile to police platforms for infringement, rather, building meaningful partnerships with the community should be the way forward.

Rebecca Tushnet argues in this paper on the transformative nature of UGC: that fan-fiction should fall under ‘fair use’ as it transforms the original work, is non-commercial and not an economic substitute for the original work. Anupam Chander and Madhavi Sunder advance a deeper argument here and locate a ‘fair use’ protection for fan-fiction through the lens of the ‘Cultural theory of copyright’.

Indian cases have used elements of the ‘fair use’ analysis while determining ‘fair dealing’. E.g., in The Chancellor Masters and Scholars of the University of Oxford v. Narendra Publishing House, Sikri, J., engaged in a lengthy comparative analysis of ‘fair use’ and ‘fair dealing’. The Delhi High Court upheld transplanting of the ‘transformative use’ doctrine (developed under ‘fair use’) to the ‘Fair dealing’ analysis. However, the fact scenario involved looking at the transformative nature of a work through the lens of ‘criticism or review’, thereby potentially limiting the precedent value of this case.

The ‘fair dealing’ approach in Section 52(1)(a), ironically, limits the understanding of ‘transformative use’ in an ever-expanding digital world. As Chander and Sunder note, reimagining popular characters, situating them in different environments, creating alternate interpretations of works by refashioning their narratives, etc., are all creative outputs that add to the culture shared by the fan-community and the masses at large. However, these outputs do not find a clear protected space in either ‘criticism’ or ‘review’.

Two routes could be taken to respond to UGC like fan-fiction. First, would be to follow the U.K, which expressly extended the ‘fair dealing’ protection to “parody and pastiche” (see page 8) in 2014. Arguments for amending UK-style ‘fair dealing’ provisions to include certain purposes/categories of works (which could take the form of UGC) like pastiche, parody, caricature, etc., have been made in Hong Kong and Australia. However, such provisions provide limited protection and would exclude certain types of fan-creations. The second route would be to follow the Canadian Copyright Act which was amended to include a provision which added ‘Non-commercial UGC’ as an exception in 2012. However, this would prohibit the possibility of commercialising the UGC where such work could be ‘transformative’ (‘Fair use’ in U.S. Copyright law may allow this; See Tushnet’s discussion of Campbell v. Acuff-Rose Music Inc., 1994 at page 663). Therefore, for Indian copyright law to foster the creation of UGC like fan-creations, a clear statutory provision would have to be crafted which takes into account the above factors.

Dreams could be a game-changer and could usher-in the “democratisation of game development”. The platform is geared towards maximising creativity and collaboration. However, as shown above, the edifice of this platform starts developing cracks as we move out of its internal licensing framework. The issues highlighted would have to be resolved as there are plans to give “users full commercial ownership of their creations, and allowing them to publish their games on other platforms” (a beta has been launched to test this).

Thanks to Namratha Murugeshan, Ashwin Murthy and Vishal Rakhecha for their invaluable help in shaping this post!