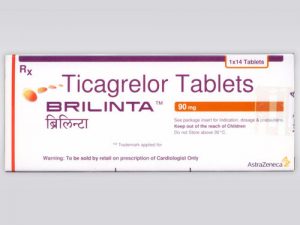 We’re pleased to bring to you a guest post on the recent judgment of the Delhi High Court in Astrazeneca v. Emcure & MSN Labs. The author of this post wishes to remain anonymous.

It is “Covered”, Yes, but is It “Disclosed”? Delhi HC Gives a Huge Shot in the Arm to Pharma Patents in India

In a judgment with far-reaching consequences for enforcement of species patents in India, the Delhi High Court in Astrazeneca v. Emcure and Astrazeneca v. MSN Labs held that even though a product may be covered by a previous genus patent, if the drug is produced and marketed under a species patent, the patentee is entitled to enforce the species patent. The High Court further went on to hold that the Supreme Court in the Novartis decision did not foreclose the possibility of grant of species patents, even if a genus patent has been granted. To be sure, this is a significant decision which will undoubtedly give a huge boost to pharma patents in India. However, in my view, it suffers from some serious fundamental flaws.

The facts are rather straightforward: the cases concern TICAGRELOR, a drug for treating cardiovascular events in ACS patients. According to the Plaintiffs, the drug is covered by four patents, namely:

The Plaintiffs claimed that the genus patent is for a Markush formula which disclosed the possibility of individual permutations and combinations of making 1.5 X 1020 (quintillion) compounds. Thus, merely because the Markush formula covered the drug TICAGRELOR, this did not automatically lead to the conclusion that the said drug is disclosed by the patent. As readers familiar with patent law would know, had the drug TICAGRELOR been disclosed by the genus patent, no subsequent patent could be granted for the said compound since subsequent patents over this compound would be considered anticipated/ lacking novelty.

On the other hand, the Defendants argued that once the Plaintiffs admit that the prior genus patent “covers” TICAGRELOR, their argument that this compound was not disclosed is misconceived in law. For this purpose, they relied on the Supreme Court’s decision in Novartis, wherein the Supreme Court held that the law in this country does not permit a vast gap between a patent’s coverage and its disclosure. The Defendants also relied on two types of statements by the patentee:

The Delhi High Court interpreted the Novartis decision to hold that the Supreme Court had “acknowledged” that scope of the patent should be determined from the intrinsic worth of an invention and not by the artful drafting of the claim. Further the Court held that the Supreme Court had not gone as far as saying that a species patent cannot be granted once a genus patent had been granted.

Thereafter, the Court rendered a factual finding that while TICAGRELOR was covered by the Markush formula in the genus patent, it was produced and marketed under the species patent i.e. IN 209907. Based on these findings, the Court accordingly held that the Plaintiffs had made a prima facie case.

The Court though did not proceed to grant the interim injunction since the patent had already expired by the time the decision was rendered.

While no injunction was granted on the peculiar facts regarding the term of the patent, the legal findings are of great importance and these are analysed below.

With great respect to the Court, I find the Delhi High Court’s analysis to be wanting in several respects. The Supreme Court’s finding on “artful drafting” does not further the Plaintiff’s case at all – if anything, it supports the Defendant’s case. The Supreme Court was of the view that merely because a claim was drafted “artfully” or “cleverly”, the patentee could not claim that its patent did not disclose a product, even though the same is covered by the patent. I fail to see how this is an “acknowledge[ment]” which is relied upon by the learned Judge to support her reasoning.

The fact that the Supreme Court did not categorically hold that no species patent can be granted if a genus patent is granted again is not determinative of the issue. If the Supreme Court had held that, it would probably have been bad law. There is no doubt that there may be specific cases where a patent for a drug may be granted even though a broad Markush structure discloses the drug in a previous patent/ document. This would depend on whether or not the prior patent enables a person skilled in the art to make the drug. This is also the well settled requirement for grant of selection patents i.e. the prior patent must not enable a person skilled in the art to make the product claimed in the selection patent (see IG Farbenindustrie AG’s Patents, Dr. Reddy’s Labs v. Eli Lilly and Co.).

The factual finding is similarly cryptic and is irreconcilable with the law laid down in the Novartis decision. It is also important to point out the factual matrix behind the SC’s findings on this issue in Novartis. One of the reasons why the SC rendered these findings was that Novartis had asserted a prior genus patent (a European patent) against a generic company, alleging that the manufacture of IMATINIB MESYLATE by that company infringed the prior genus patent. The court was thus called upon to decide whether Novartis could then allege that IMATINIB MESYLATE was merely covered by the prior genus patent, but not disclosed by the same. The SC categorically and in no uncertain terms held that this could not be permitted.

In my view, the crucial issue that courts need to focus on is not “coverage versus disclosure”. That is not a helpful analysis. This case, in my opinion, turns (or, rather, ought to have turned) on the Plaintiff’s statements and conduct and the legal effect of those.

The Plaintiff had enforced the genus patent against third parties manufacturing TICAGRELOR. In other words, according to the Plaintiffs, TICAGRELOR also infringed the genus patent. In order to maintain such an action, the patentee necessarily must assert that TICAGRELOR is enabled by the genus patent i.e. a person skilled in the art could have made and used TICAGRELOR based on the disclosure in the genus patent. This is because the genus patent would be invalid if it does not enable TICAGRELOR. [See In Re Moore (the scope of enablement must be commensurate with the scope of protection sought), Plant Genetics v. DeKalb (patent protection is granted in return for an enabling disclosure of an invention, not for vague intimations of general ideas that may or may not be workable)]. The Supreme Court in Novartis, in fact, rejected the holding in In re Hogan, which had suggested that a patentee need not enable all the elements of a genus patent. The Supreme Court instead accepted the holdings in Plant Genetics v. DeKalb (supra) and Chiron Corp. v. Genentech (“[t]hus, the public’s end of the bargain struck by the patent system is a full enabling disclosure of the claimed technology”).

Another way of examining this argument is to consider the doctrine: “what infringes if later, anticipates if earlier”. The United Kingdom Supreme Court has held that “the matter relied upon as prior art must disclose subject matter which, if performed, would necessarily result in an infringement of the patent” (see Synthon BV v. Smithkline Beecham). This is a tacit acknowledgment of the corresponding nature of the tests of infringement and anticipation. Therefore, if the patentee has made a claim for infringement for a particular product based on a patent, how can the patentee thereafter allege that the said patent merely covers the product but does not disclose the same?

The second statement made by the Plaintiffs in their Form 27s with respect to the genus patent are also significant. Form 27 is filed by the Plaintiff under Section 146 of the Patents Act under which the patentee discloses the “extent to which the patented invention has been commercially worked in India”. A patented invention is one in respect of which a patent is in force in India (see Section 2(1)(o) which defines an analogous term “patented article”). The Form 27 claiming that the genus patent has been worked through the manufacture of TICAGRELOR, is, in effect, a statement that TICAGRELOR was protected by the genus patent and a patent “was in force” in India with respect to TICAGRELOR under the genus patent.

The argument that I make is this: if a previous patent protects a compound insofar as a patentee can stop third parties from making the compound under that patent, it should not be open for the patentee to contend that the compound was not disclosed by that patent. If such a course of action is permitted, then patent law would fail to adhere to one of its foundational principles of quid pro quo i.e. the patent gets a monopoly in exchange for the disclosure that they made in patent, so that others can utilize the technology after the expiry of the patent term. This is not to say that follow-on or improvement patents may not be granted. For instance, a crystalline form of compound may be subsequently invented and such an invention may be capable of a separate patent. However, where the question is that of the same compound i.e. the same product being “invented” twice and consequently protected by two different patents, then the subsequent patent must fail.