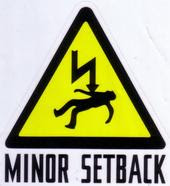 Dr. Reddy’s Laboratories has failed to successfully challenge Eli Lilly’s patent on olanzapine (a blockbuster drug) in the Court of Appeal. Click here for the judgment. Dr. Reddy’s Laboratories appealed from the judgment of Judge Floyd delivered in October 2008 which refused to revoke Eli Lilly’s patent on olanzapine. Olanzapine is an antipsychotic agent used to treat schizophrenia. The patent expires in 2010 but the legal protection will extend to 26 September 2011 owing to a supplementary protection certificate. Supplementary protection certificates are granted in the European Union to make good the long time needed to obtain regulatory approval. Image from here.

This is yet another setback with respect to its generic drug Zyprexa containing olanzapine. Dr. Reddy’s had fought and a lost a similar case in the United States along with other generic pharmaceutical companies Ivax and Teva. Lilly’s patent on olanzapine was upheld by the District Court and subsequently by the Federal Circuit. Dr. Reddy’s also failed to obtain an Abbreviated New Drug Application on the generic. Interestingly as reported here, Zyprexa has been linked to certain side-effects and Lilly has agreed to pay $1.2 billion to settle 28,500 lawsuits.

The Judge begins by noting the prior art with reference to a priority date of 25th April 1990. The first effective antipsychotic agent was chloropromazine. By 1990, other phenothiazine derivatives with the same pharmacological activity profile began to be used as antipsychotic agents. These first generation antipsychotics caused side effects like Parkisnsonism, motor restlessness, dystonia and dyskensia. Clozapine which was relicensed in 1989 did not cause these side effects but caused agranulocytotoxicity (fatal suppression of white blood cells).

The Patent describes the prior art, including a mention of clozapine and British Patent 1,533, 235 (the Provisional specification of which has been relied on by Dr. Reddy’s Labs for attacking the novelty and obviousness of the present patent). The advantages of olanzapine over previous drugs were demonstrated with the help of real evaluations 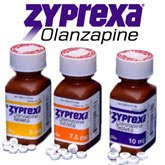 both in animals and in early clinical tests and experimental data. The judge notes that, the instant patent has reported early clinical tests, which is much more information than is normally disclosed in patents for new pharmaceutical compounds. Image from here.

Novelty
Dr. Reddy’s Labs claims that the invention lacks novelty according to Article 54 of the European Patent Convention as it formed “part of the state of the art” having been “made available to the public by means of a written description”. The judge noted that this would amount to claiming that every chemical class disclosure discloses each and every member of the class even of the formula has merely been written down without any suggested utility and rejected the contention. With the help of various illustrations, the judge said that a generalized prior description does not specifically disclose a specific matter falling within it. The contention was rejected on the basis of a priori reasoning and inconsistency with EU Case law.

The court referred to EU Board of Appeal decision in Hoescht Enantiomers T 0296/87 wherein it was held that distinction is to be drawn between the “purely intellectual content of an item of information and the material disclosed in the sense of a specific teaching with regard to technical action.” Technical teaching and an individualized description is required to threaten novelty. The court did not find it necessary to look into what amounts to an “individualized description”, but noted that other factors like the specificity of the purpose were also relevant.

Drawing from Lord Hoffman’s judgment in Synthon’s Patent, [2006] RPC 10 (which notes that to constitute prior art, the subject matter if performed should result in infringement of the patent) the judge noted that performance of the general disclosure does not necessarily infringe the patent of a specific compound.

The judgment summarizes the EPO jurisprudence on obviousness: it is founded on the question, as to whether a patentee made a novel non-obvious technical advance and provided sufficient justification for it to be credible. In this context the judge notes that the identification of olanzapine was not an arbitrary selection. It is rightly noted that a particular compound out of a vast class is not obvious if one does not know how any individualized member of that class might behave. Obviousness over previous publication was also rejected.

The appeal was thus dismissed and the patent on olanzapine was upheld. The judgment most importantly has clarified the present law on determining obviousness with respect to selection patents.