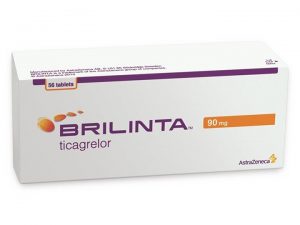 On 8th August, the Single Bench of the Delhi High Court vacated the interim orders granted in favour of AstraZeneca (‘plaintiff’) preventing Micro Labs, Natco Pharma and Dr. Reddy’s Laboratories (‘defendants’) from selling, marketing or dealing with TICAGRELOR (an effective platelet aggregation inhibitor) or any other product violating the plaintiff’s registered patents- IN 907, IN 984 and IN 674. The case relates to two important issues, namely, selection patents and the difference between coverage and disclosure in a patent. The interim applications dealt with in the instant case were IA 3986/2018 in CS (Comm.) 749/2018, IA 4771/2018 in CS (Comm.) 792/2018, IA 9332/2018 filed in CS (Comm.) 1023/2018 filed by the plaintiffs, and IA 5096/2018 in CS (Comm.) 749/2018 filed by the defendants seeking vacation of the interim orders.

TICAGRELOR is a platelet aggregation inhibitor produced by AstraZeneca which is prescribed to patients who have suffered a recent heart attack or unstable angina (chest pain) for reducing the chances of another heart attack or stroke. According to the plaintiff, TICAGRELOR was first approved in the US in 2011 and is being marketed by the plaintiff under the trademark, BRILINTA. In India, the plaintiff received drug regulatory approval in May 2012 and was commercially launched in India in October 2012 as BRILINTA and AXCER.

In 2018, the plaintiff received information from various sources that the defendants were planning to launch generic versions of TICAGRELOR in India and accordingly filed patent infringement suits. In 2018, the Delhi HC passed orders in the plaintiff’s interim applications restraining the defendants from selling, marketing or dealing with TICAGRELOR tablet or any other drug violating the plaintiff’s registered patents- IN 907 (‘species patent’), IN 984 (‘polymorph patent’) and IN 674 (‘formulation patent’). The plaintiff alleged that the defendant’s drug TICAGRELOR fell within the scope of IN 907 (published in 2005) and IN 984. Further, the plaintiff argued that the finished formulation of TICAGRELOR was covered within the scope of IN 674. Micro Labs’ petitions for revocation of IN 907 and IN 984, are pending before the IPAB.

All the defendants in the instant case filed similar arguments. The salient arguments are as follows:

The plaintiff rebutted the defendants’ arguments on the following grounds:

Noting that the defendant’s claims challenged patentability of the plaintiff’s invention, the court stated that the issue of patentability of pharmaceutical inventions is highly technical and a mixed question of fact and law. Therefore, the court would rely on expert evidence to determine this issue (citing Merck v. Glenmark Pharmaceuticals (2015) and Martin F.D’Souza v. Mohd. Ishfaq (2009)). The court then proceeded to examine the claims made by the parties.

The court also referred to a litigation in the US by the plaintiff against Mylan Inc. to enforce US Patent 6251910 (equivalent of IN 229). In this litigation, the plaintiff had stated that dealing in TICAGRELOR was in breach of the US Patent 910.

The court rejected prima facie the plaintiff’s argument that although the genus patent had worked through TICAGRELOR, TICAGRELOR was not disclosed in 229. The court relied on Novartis v. UOI wherein the SC rejected the dichotomy between coverage and disclosure in a patent; the SC in Novartis held that such a dichotomy negated the fundamental rule underlying the grant of patents.

The court found that the plaint did not disclose important information regarding IN 229, especially Form 27 for IN 229 and the US court proceedings instituted against Mylan. Further, it was only in response to the defendant’s arguments that the plaintiff had stated that IN 229 was worked (although not disclosed) through TICAGRELOR.

The court held that this was a case of clear omission of mentioning important facts in the plaint.

The court found that the plaint was completely silent about any enhancement of known therapeutic efficacy for the suit patents. The court then examined the affidavit of Dr. Robert Riley- the court found that while the affidavit stated that the species patent had some advantages over the genus patent, the fact that both IN 907 and IN 229 could be used as platelet inhibitors pointed to a prima facie finding that the suits were not altogether new or unconnected to IN 229.

The court relied on Novartis v. UOI wherein the SC held that only those properties of a drug which directly related to therapeutic efficacy were relevant in a case involving section 3(d).

The court found that the plaintiff’s argument that the suit patents had advantages such as lower does and increased metabolic stability did not prove enhanced therapeutic efficacy of the suit patents over IN 229.

According to the court, the determining factor when deciding whether the court should continue the interim injunction granted in a patent infringement case was whether the defendant had raised a credible challenge to the validity of a patent held by the plaintiff (citing F. Hoffman-LA Roche v. Cipla (2015)).

The court found that in the instant case the defendants had raised a credible challenge to the validity of the patent on various grounds including section 3(d). Accordingly, the court set aside the interim injunctions against the defendants.

Hat tip to Mr. Sandeep Rathod for bringing this important development to our notice!

[Update: An appeal against the Single Bench order has been filed in the Division Bench]