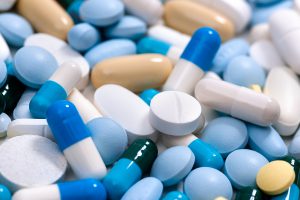 In a very notable recent order, AstraZeneca was denied an interim injunction by the Delhi High Court against Intas Pharmaceuticals and Alkem Laboratories (Defendants) in a case relating to the manufacture of anti-diabetic drug Dapagliflozin, which allegedly infringed AstraZeneca’s patents IN 205147 (IN ‘147) as well as IN 235625 (IN ‘625). The order has revealed what could turn out to be a case of double-patenting that has escaped scrutiny for 17 years! It also explores important questions regarding coverage-disclosure dichotomy and public interest during pandemic.

Interestingly, it appears that another recent order has refused an injunction to IN ‘625 against other generics manufacturers.

The two patents in question were originally registered by Bristol Myers Squibb, which assigned them to AstraZeneca in 2014. IN ‘147 is the genus patent which expired on 02.10.2020, and its species, IN ‘625, expiring in 15.05.23, is a compound which forms a part of the markush structure claimed by the former. Marketed as Farxiga, Dapagliflozin is an SGLT2 inhibitor which has recently been approved for the treatment of hypertensive heart failure.

The defendants argued that since a single compound could not be protected by two different patents, the expiry of IN ‘147, which had disclosed Dapagliflozin, ended the plaintiffs’ monopoly over the drug. The injunction ought not to be granted as the validity of IN ‘625 was questionable. On the other hand, the plaintiffs insisted that while the compound structure of Dapagliflozin was covered within IN ‘147, it was disclosed and marketed only in IN‘625.

Validity of the Patent

The plaintiffs listed several additional factors in favour of IN ‘625’s validity, including its great commercial success – a factor which is not actually a sign of validity, as consumer interest is not influenced by the requirements of patent law. Further, various entities had attempted to infringe it, leading to several injunctions granted by courts. The application had been examined by the Patent Office for 7 years before it was granted and there had been no pre-grant or post-grant opposition against it in the 15+ years of its life cycle. Thus, they argued, there had to be a presumption regarding the patent’s validity owing to its age.

In making its decision, the court adopted the Roche v. Cipla standard and held that a patent was only valid until it was challenged. According to Section 64 of the Patent Act, 1970, a patent could be revoked as a result of a counter-claim against its validity in a suit for infringement. It held that crossing the threshold of examination is not the ultimate test of validity and the age of a patent did not strengthen the firewall around it. Moreover, at this stage, the defendant did not have to prove the patent to be invalid, but only establish a credible challenge showing it to be vulnerable.

A Case of Double Patenting?

The Defendants challenged IN ‘625’s validity on grounds that it was anticipated by IN ‘147. They referred to various instances to substantiate this, one of which deals with the issue of “Obviousness-type double patenting”(ODP) objection. ODP is a judicially created doctrine in the US which prevents the monopolization of inventions that are mere variations of earlier patents and not “patentably distinct.” If both patents are commonly owned, the ODP objections can be overcome by filing what is called a “terminal disclaimer” which disclaims the portion of the 20-year term of the second patent that extends beyond the earlier patent’s term. This ensures that the monopoly is not unjustly extended. (Interestingly, a recent bill introduced in the US Congress aims to work ODP into statute and impose a default burden on pharma patent applicants to prove patentable distinctiveness. Given the controversy surrounding the high threshold of Section 3(d) in India’s Patent Act, one wonders how ODP may fare as a targeted anti-evergreening measure).

The defendants also argued that IN ‘625 is anticipated by what is published or publicly known from IN ‘147. The plaintiff maintained that IN ‘147 cannot be considered prior art as it was published only on 18.03.2005, while the priority date of IN ‘625 is 20.05.2002. The defendants countered that it is nevertheless anticipated by the prior publication of WO2001/27128 (PCT equivalent of IN ‘147) on 19.04.2001. Further, the defendants showed that in a US infringement suit against Zydus Pharmaceuticals, the plaintiffs had prayed that allowing manufacture of Dapagliflozin tablets would infringe certain claims in US Patent 126, which are identical to IN ‘147.

Defendants then argued that in producing Dapagliflozin, IN ‘625 does not identify any unknown technical effect. Rather, it simply restates the utilities of IN ‘147 (see page 29). They submitted that the plaintiff’s evidence in the form of Dr. Washburn’s affidavit asserting enhancements is inadmissible as it was sworn in April 2020, long after the priority date, whereas the validity of the patent is to be assessed on its priority date.

What is Covered? What is Disclosed? 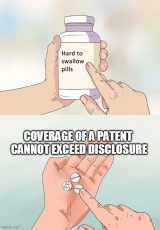 The plaintiffs claimed that a markush claim running into millions of compounds did not disclose every possible compound contained in it, unless specifically identified. It relied on the Supreme Court’s decision in Novartis v. Union of India (Novartis) which had held, “there could be some gap between what is covered as against that which is disclosed,” and its application in the recent AstraZeneca v. Emcure case concerning the Ticagrelor patents which was held to have been covered by a genus patent but disclosed only in the species. The defendants pointed out that Novartis had in fact rejected the coverage-disclosure dichotomy both in principle and as pleaded for imatinib mesylate! They contended that the plaintiff’s suggestion that manufacturing of Dapagliflozin infringed IN ‘147 implies that it was disclosed in IN ‘147 itself, as Section 10(5) holds that a claim shall be fairly based on the matter disclosed in the complete specification. They also relied on Section 64(1)(a) read with Section 13(1)(b) of the Act, insisting that only the coverage of the subject matter by a prior claim is sufficient for revocation as disclosure has not been stated as a requirement.

The court took into account the statements made in US litigations, the terminal disclaimer and the fact that the USPTO had asked the plaintiff to elect between one of the two patents for grant of Patent Term Extension, and sided with the defendants. It compared the complete specifications of the two patents and concluded that there appeared to be no technical advance of the species over the genus (para 30.1, 30.4). Referring to Section 10(4) it held that it would be incongruous for a patentee to sue for infringement of a patent and maintain that it is not disclosed (see para 22.1-22.2). This decision does well to dispel the doubts raised by the inconsistent interpretation of Novartis in Emcure. The flaws with the argument that a patent can monopolize what it does not disclose have been discussed at length before, here, here and here.

The plaintiff pleaded that in Novartis, public interest was taken into consideration as there was a huge price difference between the patented drug which cost INR 1,20,000 while the defendant’s drug cost INR 8,000. In the present case, they pointed out, the price difference was only INR 37 per capsule, and that Dapagliflozin is used to treat diabetes, a non life-threatening disease, thereby arguing that there is no threat to public interest.

The court however, accepted the defendants’ computations that revealed a price difference of more than 250% between the patentee’s medicines and theirs when looked at from a monthly-expenditure-per-patient perspective. Further, during the COVID-19 pandemic, patients already suffering from diabetes are at a greater risk in case they get infected. The court’s interpretation of what is otherwise seen as a lifestyle disease in light of the pandemic is an interesting development. Previously, Indoco Remedies Ltd had raised a similar defence to obtain permission to sell its anticoagulant, but had been denied owing to lack of evidence of shortage in availability or affordability issues (discussed here). While the present case definitely turned on other, stronger factors, the court did not delve deep into the interesting issue of how public interest might have implications on access to medicine in the time of pandemic.

The plaintiffs have been accused of violating the foreign applications-disclosure requirement in Section 8, by failing to disclose the non-final rejection letter issued by USPTO with regard to US 117 (IN ‘625) and the subsequent terminal disclaimer filed. This would have informed the Patent Office of the limitations in the application for IN ‘625. The plaintiff contended that since the patent was ultimately accepted, there was no obligation to disclose the office actions. Unimpressed, the court observed that the particulars had to be furnished regardless of whether they were deemed serious enough by the plaintiff (Para 32.3).

Ultimately, the court held that a credible challenge had been raised against the validity of IN ‘625 and refused the injunction. It accepted the defendant’s arguments that since the plaintiff had licensed the patent to two entities, if the challenge were to fail in the end, the plaintiff’s losses could be computed through those royalty payments. Thus, the defendants were ordered to maintain accounts of their sales.

While it is no doubt too early to decide whether IN ‘625 will stand, the court’s refusal to favour the patent on account of its advanced age is a very reasonable one, considering the Patent Office has been reported to have a very poor record in granting secondary pharmaceutical patents. In a world that has recently and rudely awoken to the gravity of the access to healthcare problem, the court’s invocation of India’s obligations under the TRIPS Agreement and Doha Declaration to balance patent protection with the public’s right to health offers a cautionary note against the ever-greening of pharmaceutical patents.