[This post was co-authored by Varsha Jhavar and myself. Varsha is a 5th year student at Hidayatullah National Law University, Raipur. She recently won the second prize for 1st Shamnad Basheer Essay Competition on IP Law that was conducted by us earlier this year. She has also guest blogged for us earlier here.] 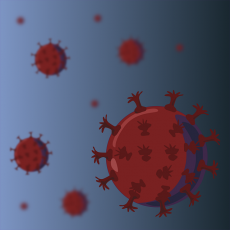 On December 24th, 2019, the Delhi High Court had granted an ad-interim injunction in favour of Bristol Myers Squibb Holdings Ireland (BMS) for the infringement of patent number 247381 associated with the drug ‘Apixaban’ by Indoco Remedies Ltd.’s (Indoco) ‘APIXABID’. Recently, Indoco had approached the Delhi Court on ‘public interest’ grounds, requesting permission for the sale of 58,000 strips of Apixabid, manufactured by them prior to the passing of the 2019 order. Indoco’s public interest defence was based on the prevailing pandemic conditions in the country, and it placed literature before the court for establishing that Apixaban is necessary for Covid-19 treatment. The court refused to lift the injunction and stated that Indoco had not put forth any evidence for demonstrating that there was a shortage of Apixaban or that it was not reasonably affordable. It found that the material placed before it did not show any overwhelming public interest that would justify the relief claimed. The court upheld the single-judge bench’s order, finding that since Indoco had manufactured the impugned strips in anticipation of the injunction order, the relief could not be allowed. This is perhaps the first judicial look at ‘public interest’ in the context of patents and Covid-19, and is worth further examination from that lens.

In the present case, Indoco pleaded ‘public interest’ as a reason for the injunction to be lifted – specifically that Apixaban is used as part of Covid-19 recovery treatment, and claimed that Indoco’s Apixabid was ‘much cheaper’ than BMS’ Eliquis. Indoco pointed to BMS’ increasing sales figures as proof of the drug’s increased requirement during the current pandemic. This was met with BMS responding that a compulsory licence (CL) was the appropriate remedy for a claim of the patented drug being not available to the public at a reasonably affordable price, and not a lifting of the injunction order. Though the court didn’t directly comment on whether they agreed with this or not, they did note that Indoco failed to provide any material showing BMS’ drug was not reasonably affordable, nor that it was unavailable. In the rejoinder, Indoco stated that applying for a compulsory license (CL) under Section 84 would be time consuming and that it was not meant for a pandemic situation.

The order goes on to consider the hypothetical fact scenario of there being a shortage of the patented product, and mentions the following points:

In this case, the lack of evidence or material proving Indoco’s case makes it a clear-cut one, and the Delhi High Court naturally has answered it in the negative. There are other pertinent issues such as the mis-match between the numbers of strips Indoco had mentioned it had manufactured in the December 2019 hearing, versus the current 58,000 number; and though not argued by Indoco, the underlying question of ‘disclosure vs coverage’ of patent in the 2019 order. Additionally, for those interested, this is the same patent over which Natco had their injunction set aside last year. However for this post we will focus on this public interest question in the context of the pandemic.

There seem to be at least 2 implied takeaways from the court’s questions in the hypothetical fact scenario. First that an injunction can be lifted if the order granting it is shown as prima facie unsustainable on merits. And secondly, though ‘reasonable affordability’ and ‘availability’ were expressly mentioned as public interest grounds for which evidence can be shown, there may be other factors which may ‘cumulatively’ show an ‘overwhelming’ public interest, which can bypass the first requirement of showing prima facie unsustainability of merits. And of course that evidence must be shown for these as well.

In fact, this fits well with the paragraphs that follow, as Para 26 discusses lack of evidence to show the ‘reasonable affordability’ claim, and the ‘availability’ claim, and Para 27 touches upon the efficacy of the drug in question vis-a-vis other similar drugs. Of course, the court did not need to, and does not go further into that question as there was no evidence submitted on price and availability. It stands to reason therefore that in addition to price and availability, efficacy vis-a-vis similar drugs may also be looked at as a public interest factor, in determining whether there is an ‘overwhelming’ public interest.

In Bayer v. Union of India, the IPAB emphasised the importance of ‘public interest’ while upholding the grant of India’s only compulsory license(CL) under Section 84 of the Patents Act, 1970. In this case, Natco proved all the three conditions under Section 84(1) – first, reasonable requirements of the public are not satisfied; second, the invention is not available at a reasonably affordable price and third, the patent is not being worked in India. In Bayer v. Union of India, the Bombay High Court stated that it is a matter of public interest that the Cancer medicine, ‘Nexavar’, ‘is made available to the society in adequate numbers and at a reasonable price.’

In Novartis v. Cipla (Novartis), the Delhi High Court discussed at length the applicability of public interest doctrine in patent infringement cases. The court relied on Roche v. Cipla (Roche) and distinguishing between the cases stated that – in Roche, the patent in question was under cloud and the defendants had raised a credible defence, and in Novartis, the patent was valid and no credible defence was raised. In Novartis, the court ruled that Cipla was guilty of infringement of Novartis’ patents and had raised public interest grounds in order to avoid the injunction. It was held that merely providing articles and publications that demonstrate the requirement of a drug is not adequate, the defendant needs to establish that there is a shortage of the products in question.

Justice Prabha Sridevan’s recent article “Is the right to exclusivity a Hamlet question?” published in South Centre speaks directly to the issue at hand and is a wonderful read on her thoughts on how courts should be looking at this ‘hamlet’ question. She ends her piece with these lines:

“The relationship between the private rights and the public health rights should be spatially expanded in tune with the Constitutional aspirations rather than narrowly viewed as a private grasp of the patent owning few. The Court shall explore the various models of rewarding or compensating the inventor, but the Court shall and is bound to defer to the always superior claim of the right to health over right to exclusivity. Today Hamlet’s question must be answered in favour of life.”

Public Interest in the Pandemic Situation 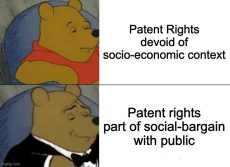 Many nations including Canada, Germany, Israel and Chile have enacted laws or employed resolutions for the purpose of compulsory licensing of COVID-related medicines. India should utilise TRIPS flexibilities in order to overcome the potential affordability and access barriers for COVID-related medicines and vaccines. If the many public health safeguards made possible by the Indian legislators are not used in a global pandemic situation, then when will they be used?

There are a number of provisions in the Patents Act, 1970 that could be useful in solving the access and affordability problem, most notably as quickly touched upon in Prashant’s post here, are Section 92(1), 100 and 102. Section 92 provides that ‘in circumstances of national emergency or in circumstances of extreme urgency or in case of public non-commercial use’, the Central Government can declare a CL with respect to any patent, as soon as it is sealed. Section 92(3) allows the grant of CL without following the procedure under Section 87, in situations including ‘public health crises’ and ‘epidemics’. Additionally, Section 92 does away with the 3 year requirement provided under Section 84. Section 66 allows for revocation of  a patent by the Central Government if it finds that the patent is ‘prejudicial to the public’. Though Section 66 requires that the patentee be heard before revoking the patent, whereas under Section 92(3) the Controller is not required to hear the patentee before issuing CLs.

This is of course assuming that a generic company is willing to manufacture the drug. However, let us also recognise that our legislators have ensured we are not at the mercy of business choices of domestic firms either. If generics don’t step up to the role of applying for CLs or otherwise manufacturing the drugs, the government also has the option of exercising Section 47(4) of the Patents Act – which stipulates that as a condition of the grant of the patent – the government can, without any pre-conditions or procedural requirements – import any medicine or drug for the purpose of distribution (i.e., not sale) through its own hospitals/dispensaries or any hospital/dispensary notified to do so on its behalf. So, in the situation where there is a dire need of wide spread medicines or drugs, this is an available option.

The present pandemic is the priority, but with epidemics expected to become more common, it is essential to think about the future implications of the measures taken today. It should be ensured that whatever measures are adopted, they are not undertaken in such a manner that disregards future complications.

Unlike many other countries in the global South, India has production capabilities in order to successfully manufacture the quantum of vaccines required for overcoming the pandemic in India. Unfortunately though, India hasn’t started entering into any advance purchasing agreements, at least as of Sept 18, 2020, when this was acknowledged in the Lok Sabha. There are already signs that there will need to be significant private spending when the Covid vaccine does come out eventually. Dealing with ‘drug nationalism’ and corporate profits also forms a part of the struggle against COVID-19 and to prevent the prolonging of the crisis in India – domestic manufacturing as well as active government action and forethought will become vital.