A few days ago, the US Department of Health and Human Services (HHS) announced that their President has struck an ‘amazing deal’ with Gilead, that ensured nearly all of Gilead’s projected production of Remdesivir for the next three months are secured by the US. “Nearly all” in this case, refers to 100% of Gilead’s projected production of Remdesivir for July, and 90% of the projected production for August and September. This is after US has already kept about 60% (940,000) of the initial 1.5 million donation doses that Gilead pledged globally. Remdesivir, as readers would know, is one of the much talked about treatment-options for Covid-19. This perceived/potential future shortage has of course given cause for much distress (and annoyance) from all across the world. This post will try to go through some implications of this “America-first” action by US.

What it does not mean?

The first thing that should be clarified is Remdesivir hasn’t shown to have much therapeutic value in the first place! Not through clinical trials at least, with a recent publicly funded study indicating that it reduces recovery time from 15 days, to 11 days, but no significant reduction in mortality rate, as per this BMJ op-ed.  President Trump, in his apparent eagerness to stockpile a treatment, has once again not verified whether it is actually an effective treatment or not. He had earlier announced Hydroxycholoroquine as a treatment in a speech – which the FDA later said does not seem to show benefits. What’s ironic is that after he had decided that HCQ was a treatment, he also went ahead and threatened retaliatory action against India if it doesn’t release stock of the (unproven) drug, since India is a large manufacturer of it. Not to be left behind, India had its own (mostly unrelated) HCQ scandal, as covered in depth by Priyanka Pulla here.

Why are governments bringing nationalism into science and public health? America is doing its own dance on stockpiles, while in India we have the Indian Council of Medical Research asking that the clinical trials for a vaccine for Covid 19 be fast-tracked so that a launch for the vaccine can be done ‘latest by August 15th’ (‘incidentally’, India’s independence day) – a move that scientists say is ‘absurd and risky’. This also reminds one of the Patanjali – coronil controversy – but that’s a whole different story!

Anyway, coming back to Remdesivir – why is it so talked about, if it hasn’t yet been proven through clinical trials? In this article, Yannis Natsis points out that these types of headlines do serve the purpose of driving up the price that governments are willing to pay for very marginal improvements. The earlier mentioned BMJ article takes us through some interesting notes about funding and possible bias, and concludes that “commercial influence once again seems to be driving overly positive perceptions of a still unproved drug.”  Do give it a read. Nonetheless, Remdesivir is still going through clinical trials including the WHO Solidarity Trials, so it still very well might end up actually proving to be a useful treatment. And yes, there doesn’t seem to be a problem with using patients from other countries for these trials which may prove they are useful.

The patent and pricing questions

As per the HHS Press Release, the Wholesale Acquisition Price that they are purchasing at from Gilead amounts to approximately $3200 per treatment course (6.25 vials). In contrast, according to this StatNews article, experts estimate the manufacturing and distribution costs for a treatment course to be less than 10$, and the Institute for Clinical and Economic Review has estimated a ‘fair price’ of Remdesivir to be about $310, given the modest therapeutic benefits. It also links to a study titled “The U.S. Government’s Apparent Co-Ownership of Patents Protecting Remdesivir”, where the authors argue the governmental co-ownership of key patents could’ve allowed them to take control of manufacturing and distribution. ‘Knowledge Ecology International’ also brought to light contracts which “shed considerable light on the extent to which the federal government has limited or eliminated altogether its rights in intellectual [property] and data arising from the COVID-19 research and development that it is funding.”

What happens now in India? 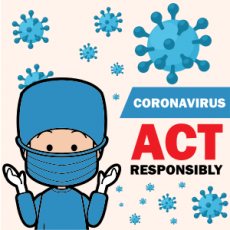 Yesterday’s Economic Times confirmed that Gilead’s stock for their July launch of Remdesivir in India, was purchased by US – thus delaying their India launch. However, there does not seem to be cause for concern currently.

Last month, Gilead had issued non-exclusive licences to 9 generic companies in India, Pakistan and Egypt, to manufacture and distribute Remdesivir to 127 countries. Under this license, they are to receive technology transfer, as well as the freedom to set their own prices on the generic version. And they will be royalty free till the WHO declares the end of the Public Health Emergency, or till another product is approved to treat/prevent Covid-19.

Cipla and Hetero Drugs, who had first received only importing and marketing approval from the DCGI, subsequently also received manufacturing and marketing authorization under ‘Restricted Emergency Use’. As per this TOI report, Cipla and Hetero offer their versions at about INR 7000 and INR 4000 respectively; while as per this article, Hetero’s version is priced at INR 5,400 per vial. As per the BMJ article above, it takes 6.25 vials on average for a treatment course, taking the average treatment course costs to between INR 25,000 – 43,750, aside from other related hospital costs.

Various sources such as ANI, PTI‘s twitter handle and PharmaBiz report that according to “official sources”/”senior government official”, Mylan and Jubilant Life Sciences have also received similar approval from the DCGI. Hopefully this will actually be reflected on the DCGI website soon too.

What about the rest of the world?

With 9 generic companies licensed to manufacture and distribute the drug to 127 countries around the world, without even having to pay royalty to Gilead, one could be forgiven for thinking a substantial impact may be made in the attempts to address the global pandemic. Unfortunately, in terms of countries with Covid-19 cases, only 7 of the 30 worst affected countries are included in these Gilead-generic company licenses. These 7 are India, Pakistan, South Africa, Bangladesh, Egypt, Belarus, and Indonesia. US has Gilead of course, but not generic versions. And of course – these are only the ‘official’ numbers from these countries. Given that this sounds like a recipe for NOT really stopping the virus, it sounds like there will be plenty of profit to go around for a while. After all, if the disease keeps spreading, treatments will continue to be needed.

All of this, of course, is only about remdesivir – a drug that shows very moderate therapeutic benefits so far. What happens if/when a full treatment, or even vaccine, is developed? If it is developed in US – we already have an example of what path they may seek to follow. What about if it is developed in another country? Some observers are already warning about a global ‘hunger games’-esque future, with poor countries at the mercy of richer countries. It almost makes one nostalgic of the “Nexavar is only for western patients” times, when prohibitive pricing (and perhaps some variety of discrimination) was the only concern – and not defensive stockpiling, trade-wars and global buyouts!

Of course, as Mintze and t’Hoen point out, generic companies could start launching ‘at risk’ in these other countries, or apply for compulsory licences. And generics that have the gumption to ‘risk’ annoying Big Pharma may be well placed to do this. After all, if a country is being severely affected by the pandemic, and there is a globally announced shortage of the patented medicine declared – what better time is there to trigger a compulsory licence? It’s also a great time for countries to re-look at the access concerns that patent-linkage (linking regulatory approval with patent status) can cause, while also re-looking at the access benefits that local working requirements can bring. While ‘charity’ or ‘goodwill’ such as through Open-Covid pledges, patent pools, etc can play a large role in helping access concerns – it is high time that stronger legally enforceable public-interest centric policy levers are focused on, to change ‘access’ from a reactive-concern to a pro-active reality. After all, if US can find a way to take such strong ‘national interest’ measures, surely other countries can respond by taking their own ‘public interest’ measures!