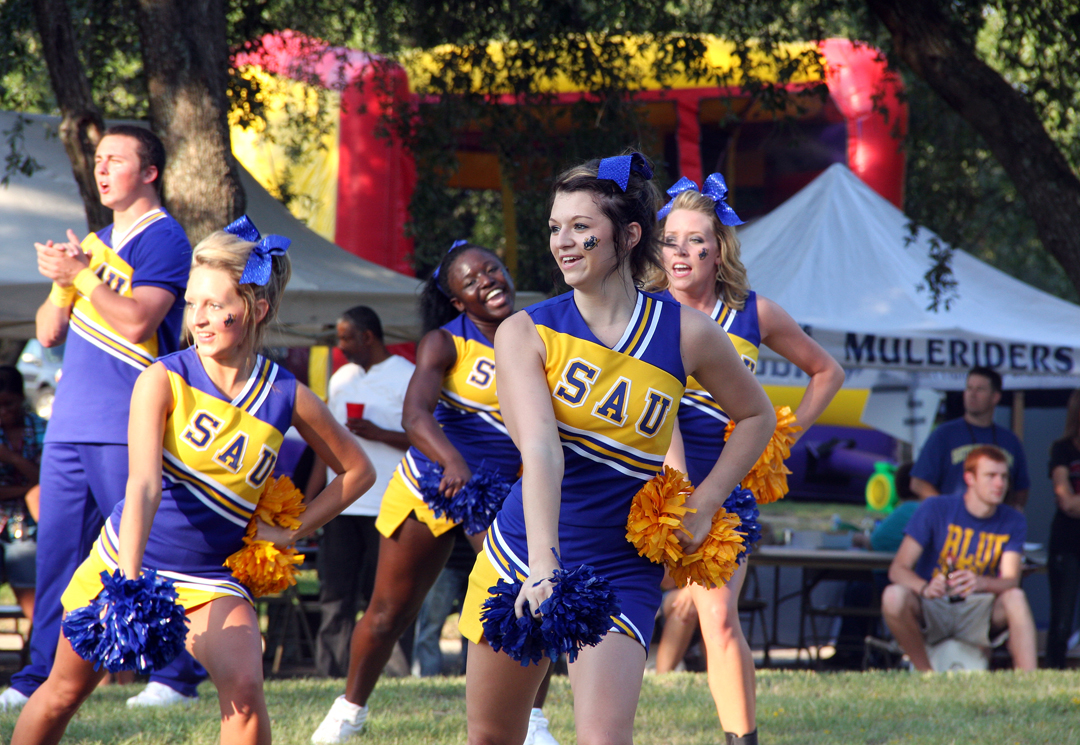 We’re pleased to bring to you a guest post by Varsha Jhavar, discussing the legal position on the conceptual separability doctrine, which allows copyright protection of artistic features of a useful article if they can be conceptually separated from the utilitarian aspects of the article, in United States (US) and India.

Varsha is a 5th year student at Hidayatullah National Law University (HNLU), Raipur. She recently won the second prize for 1st Shamnad Basheer Essay Competition on IP Law that we’d conducted earlier this year. She’s also written two other posts for us recently, titled ‘The Public Interest Defence, and the Public Interest Offence – What Is The Way Forward In This Pandemic?‘ and ‘Bona Fide or Not?: Usage of Common Surnames as Trademarks‘.

Conceptual Separability: Separating the Artistic from the Utilitarian

There is a clear dividing line between copyright and patents; artistic works are protected under copyright law while useful articles are protected by the patent regime. What about the artistic features that are embedded into a useful article. Would they be eligible for copyright protection? The Supreme Court of the United States answered in the affirmative in Star Athletica L.L.C. v. Varsity Brands, Inc. (Athletica), laying down prerequisites for its determination. In US, ‘pictorial, graphic, and sculptural works’ are protected under Copyright Act, 1976, however it is subject to the exception of useful articles doctrine. The pictorial, graphic, and sculptural works in ‘useful articles’, articles such as clothing, furniture that have ‘an intrinsic utilitarian function’ are usually not protectable under copyright. But they can be, if the designs incorporates artistic features that ‘can be identified separately from, and are capable of existing independently of’ the functional aspects of the article. The conceptual separability doctrine essentially states that the artistic features of a useful article can be copyrighted, if they can be conceptually separated from the utilitarian aspects of the useful article. This post analyses the Athletica decision and examines the pre and post Athletica jurisprudence, in order to fully understand the legal position with respect to separability in the United States (US). Moreover, it attempts to understand the position vis-à-vis separability in India.

Prior to Athletica, many approaches were proposed and applied by different scholars and courts for resolving the separability question. This resulted in conflict among the numerous tests, with the circuit courts following at least ten different tests. This part of the article discusses some important ones. The question was first dealt with in 1954, in the case of Mazer v. Stein (Mazer) by the US Supreme Court. This case pertained to the copyrightability of statuettes in the form of a human dancer, that formed the bases of certain lamps. The court while arriving at its decision did not take into consideration if the statuettes were originally created as a standalone work of art or as base for a lamp, nor did it take into consideration the lamp’s usefulness in the absence of the statuette, and found them to be copyrightable. The essence of this decision was incorporated by the Congress into the Copyright Act of 1976.

In 1980, the Second Circuit in Kieselstein-Cord v. Accessories by Pearl, Inc. utilised the primary-subsidiary distinction approach between the artistic and functional elements for the determination of separability. The court stated that only if the artistic elements of the particular belt buckle played a primary role in the object, would the design be granted copyright protection. They failed in stipulating a criteria for establishing if the aesthetic elements of a useful article were primary or secondary to the object. In 1987, the Second Circuit in Brandir Int’l, Inc. v. Cascade Pac. Lumber Co., dealt with the copyrightability of bike racks in the shape of a ribbon by examining the process of creation of the articles. In this case, the Denicola test was applied and it was declared that if the creative elements of the design were made not taking into account functional considerations, then the creative elements would be eligible for copyright protection. This test relied on a flawed understanding that the process of creation involves a single consideration – functional or aesthetic .

In March 2017, the US Supreme Court was faced with the question of copyrightability of two-dimensional designs on cheerleading uniforms. Varsity Brands and Star Athletica are in the business of manufacturing of cheerleading uniforms. In 2010, Varsity Brands filed a copyright infringement suit against Star Athletica for copying of 5 of its uniform designs. The District Court granted a summary judgement in Star Athletica’s favour. On appeal, the Sixth Circuit found that the Varsity’s designs were not dress designs but fabric and hence, copyrightable. A writ of certiorari was filed by Star Athletica before the Supreme Court, requesting it to resolve the dilemma posed by the ten different tests used by different Circuit Courts.

The Supreme Court pronounced that the design of the cheerleading uniforms was eligible for copyright protection. Instead of following one of the previous approaches, the court created a two-prong test for ascertaining if a particular aesthetic feature incorporated into a useful article would qualify for copyright protection. The prerequisites are – first, capable of being perceived as a two-dimensional or three-dimensional work distinct from the useful article, and second, whether the pictorial, graphic and sculptural works, by itself or fixed in another medium, are capable of qualifying for copyright protection. As the coloured stripe, shape and chevron patterns of the concerned cheerleading uniforms could be reproduced in other mediums, the uniforms were held to be copyrightable. However, the court clarified that the cut and style of the cheerleading uniforms could not be copyrighted. In reaching its decision, the court placed great reliance on the Mazer decision. With regard to separability, the court felt that conceptual separability requirement is sufficient for covering all bases and physical separability requirement is redundant. Like Mazer, this judgement also stated that it was not required for a useful article to remain, after the aesthetic features are conceptually separated. Ginsburg J concurred, while Breyer J dissented stating that the designs of the uniforms if copied on canvas would result in the cut and style being replicated. He observes that the uniforms shouldn’t be copyrighted as they are neither physically or conceptually separable. He reflects that the judgement brings ‘virtually any industrial design’ under the ambit of copyright law.

The court also did away with considerations such as artistic judgement and marketability for determining the copyrightability of a conceptually separable design. The court failed to provide adequate analogies and description, making it difficult for the lower courts to follow the two-pronged test. The analogies given were that of a fresco on a wall and a design on a guitar, stating that even if removed from the surface of the wall or guitar respectively, the contours of the 2D design would correlate to the surface it was applied on. A counterexample of a 3D cardboard model of a car was also given, stating that the model would only replicate the shape of the car and hence would not be copyrightable. Providing more analogies that covered varied situations would have been beneficial. This decision has effectively expanded the scope of copyright protection to surface designs. There have been many judgements related to conceptual separability after Athletica, in some cases the approach was followed while in others the judges also used portions of overruled tests.

In 2019, the Third Circuit applied the Athletica approach and decided in favour of copyrightability of a full-body banana costume. In another case, the New York District Court followed the Athletica test in arriving at its decision, but also used the ‘primary purpose’ test. In this case the court found the particular light bulb covers to be conceptually separable from the light string and observed that the primary purpose of the covers was artistic, thus holding that the covers were copyrightable under the category of sculptures. Under these circumstances, the Supreme Court’s approach did not prove to be an effective standard that could adequately substitute the previous tests. Another district court used artistic judgement,[i] and another court decided based on the physical separability of the artistic features from the functional.[ii] The Athletica decision failed in bringing clarity and predictability regarding the issue of conceptual separability, and establishing a single standard.

Section 52(1)(w) of the Copyright Act, 1957 was introduced through the 2012 amendment and it is an exception to copyright protection. [Mathews’ post discussing the CJEU judgment in Brompton Bicycle case and its relevance in the context of this provision can be viewed here.]  This clause deals with a 3D object that is based on a 2D work, like a technical drawing, when the 2D work is eligible for protection under copyright law. The 2D drawing is protected from copyright infringement claims, if the object is created for industrial application of ‘any purely functional part of a useful device’. The implication is that a 2D drawing, though otherwise eligible for protection as ‘artistic work’, will not be protected under copyright law if it has been used in a patent application for the demonstration of the 3D object. In 2016, in IPEG Inc. v. Kay Bee Engineers the Gujarat HC discussed the applicability of this section and stated that if any part of a technical drawing is purely functional, then that part would not qualify for copyright protection. It further held that if aesthetic features are embedded in a useful article then it would be treated differently. The provision probably won’t be applicable under these circumstances. It is unclear as to what qualifies as ‘functional part of a useful device’ due to the absence of judicial precedents pertaining to this issue in India. The intention behind Section 52(1)(w) seems to be the avoidance of bringing those articles in the realm of copyright, that do not exclusively comprise of copyrightable works.

This decision might lead fashion designers to file copyright infringement claims and referring to the ‘fashion cycle’ theory by Raustiala and Sprigman, it might be at the collective disadvantage of the fashion industry. The fashion cycle comprises of copying of designer clothes, that creates trends and then market is saturated until the designs become unpopular, fuelling demand for newer designs. The decision impacts not only the fashion industry but also other industries involved in the manufacture of useful articles like kitchen appliances, machinery, lighting fixtures and furniture. The Supreme Court should have used this opportunity to outline a more detailed and versatile test that could have been applied to different kinds of articles.