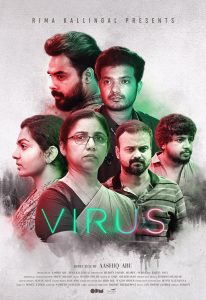 Just as the country is coming to terms with the reality of the COVID pandemic, we are being warned of mass shortages of everything from quality masks to hazmat suits to diagnostic kits to ventilators and other crucial medical equipment. The Health Ministry should have prepared strategic stockpiles of this material in preparation of such a pandemic but unfortunately this has not been done.

The challenge now for India, is to rapidly build up a stockpile that can cater to not just the first-wave of this pandemic but also a possible second or third wave that may or may not breakout over the course of the next 12 to 18 months. The cost of such a stockpile is likely to be enormous for a country of 1.34 billion people. While most of the older technology should be out of their patent terms and hence more than affordable (provided there are multiple competitors based in India), the newer technology is likely to cost the country a king’s ransom. This is because most of the newer technology, say even for something like respirator masks required by medical staff dealing with highly contagious diseases such as COVID, are covered by patents, thereby increasing their price.

In the last fifteen years, since India became compliant with the Agreement on Trade Related Intellectual Property (TRIPS), foreign companies that overwhelmingly own most patents in India have sued Indian companies for alleged infringement of patents covering everything from medical devices (BBraun v. PolyMed)  to drugs to even masks (3M Innovative Properties v. Venus Safety). Apart from the high price of such technologies, there is also the fact that many of these patented technologies are not manufactured in India. In times of a global epidemic it goes without saying that foreign companies are going to cater first to their domestic needs and rightfully so. We would have expected Indian patentees to do the same. But that does not mean that the Indian government has to sit back and let these foreign patentees exercise their patents to prevent Indian manufacturers from entering the field at a time when India and the developing world (especially its SAARC neighbours) appears to be ill-equipped to deal with the worst pandemic since 1918. Wide availability of medical devices, masks and drugs at an affordable price should be the ultimate aim of any Indian IP policy during this pandemic.

Compulsory licensing and government use

India’s Patents Act gives the government a number of options to break the monopoly of these foreign patentees.

The first option, under Section 92 is for the government to declare a national emergency due to COVID and notify the patents in questions after which any person interested in manufacturing the said patent can make an application to the Controller of Patents who can then issue a compulsory license without following the regular procedure of time-consuming hearings. The patentee will be paid a reasonable royalty rate as fixed by the Controller of Patents.

The second option, for the government under Section 100 is for it to authorize specific companies to use any patents or patent applications for the “purpose of government”. Once the Central Government gives such an authorization to Indian companies, they can begin manufacturing while negotiating royalties with the patentees. In case the Central Government or its authorized company fails to reach an agreement with the patentee, it is up to the High Court to fix the reasonable royalty that is payable to the patentee.

The third option for the government is to simply acquire the patents in question, under Section 102, from the patentees much like it acquires land for public purpose. Once again if the Central Government and the patentee cannot reach an agreement on the cost of the patents, it is up to the High Court to fix the price of the patents.

In each of these cases, the reasonable royalty is to be fixed with the objective of ensuring the widest possible availability of the patented technology at the most reasonable price for Indian consumers.

While India’s trading partners, especially the United States, are going to be unhappy with the exercise of any of the above three options, it is a fact that in the past the United States has used (or threatened to use) 28 USC 1498 in the times of war and public health crisis, such as the Anthrax scare in 2001, to break patents after paying the owners a reasonable royalty. In the context of the present pandemic, countries like Israel and Equador have either invoked or threatened to invoke compulsory licences for patents that covered potential cures.

The challenge of ‘know-how’

While breaking or acquiring patents is a tempting public policy option, in this time of crisis, the government should keep in mind that there are certain technical limitations to such an approach, namely the existence of “know-how” to manufacture such technology in India. While the patent specification will contain all the technical details required to manufacture the patented invention, there is always an element of “know-how”, that is required to develop mastery over a technology.

To illustrate with a simple example, just because you have the recipe for a dish served in a Michelin star restaurant, it does not necessarily mean that you can prepare a dish based on the recipe in a manner where it tastes exactly like the one made by an actual Michelin star chef. In some areas, such as pharmaceuticals India has plenty of ‘know-how’. It may not have similar ‘know-how’ in other technologies and it is prudent for the government to keep this in mind before deciding to exercise any of the options under Sections 92, 101 or 103. The lack of ‘know how’ can have serious quality implications especially for medical technologies.

Negotiations as an alternative

Given that compulsory licensing or government acquisition is always likely to raise the hackles of our trading partners, the government can always consider negotiating either bulk public procurement or technology transfer, while waving the sword of more coercive actions as a negotiating tool. It is a known fact that bulk public procurement can massively reduce the price of even patented products. The question however is whether many of these foreign patentees have the manufacturing capacity to cater, in the short run, to the expected demand from India. If they lack capacity they should be encouraged to transfer technology to Indian companies under reasonable royalty agreements. In the past, pharmaceutical companies such as Gilead have licensed their drugs to Indian companies at reasonable royalties.

Putting together an IP taskforce

Taking on American or European patentees, even during a pandemic, requires serious preparation. The Prime Minister’s Office (PMO) should consider putting together a taskforce consisting of public health experts, patent office officials and experts in intellectual property to put together an IP policy for not just this pandemic but to build a strategic stockpile for future pandemics. It should deal with not only existing patents over respirator masks, hazmat suits and ventilators but also the patents that are likely to be filed very soon for diagnostic kits, drugs and vaccines meant to diagnose or treat COVID-19.

After conducting a patent landscaping exercise for the requisite patents, the government should scrutinize the information filed by patentees in their Form 27 filings under Section 146 of the Patents Act, disclosing the extent of their sales in India. For example, the Form 27 for 2018, for Patent No. 305126 granted to 3M Innovative Properties, for one of its respirator face-pieces, notes that its sales for 2018 were merely US $24,200 throughout India and that the product is imported from the United States. This makes it a low value patent for 3M and it is unlikely to put up much of a fight in case of a future negotiation.

There will be cries from patentees that such a policy will kill the incentive for innovation etc. but Parliament in its wisdom foresaw such public health scenarios when it provided for remedies such as compulsory licensing or patent acquisitions. If not now, then when will we use these provisions?