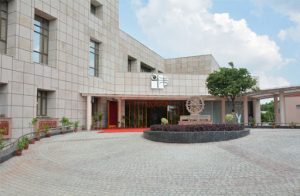 In these unprecedented times where a pandemic has brought the globe to a standstill, the top-most concern of IP owners (of course, other than to save themselves from COVID-19) would be about meeting deadlines in IP prosecution. This is because, deadlines in IP prosecution are often hard deadlines, and if extendable, involve a fee – sometimes these require the filing of signed/ notarised/ stamped documents. This concern is equally and anxiously shared by IP lawyers who assist IP owners around the world in their prosecution matters.

In the wake of COVID-19, many IP offices around the world have extended deadlines and waived of the fees for extension (yes, it would be insensitive to levy a fee for extension for nobody’s fault in these trying times). Some examples of such IP offices that rose to the occasion and relaxed the formalities and eased the stakeholders in some measure in the wake of COVID-19 are as follows:

Last week, the Indian IPO had also taken some measures along these lines which were covered by Swaraj’s post here. These measures mostly relate to adjournment of hearings. A series of tweets from the handle @IPWellWisher yesterday urged the Government to look at several of the other practical issues surrounding the compliance with the formalities in IP prosecution that still remained during COVID-19 circumstances, including non-extension of deadline for filings.

This morning a couple of other notifications came up on the IPO’s website. The first one relates to patents and states that all VCs scheduled up till March 31 are cancelled in view of the lock down.  Let’s hope this gets further extended, because, to me, the situation does not seem like it would abate by March 31.

The second one relates to trademarks. It states that in view of the concern raised by the stakeholders regarding submission of document in the prevailing times, applicants can file request for extension of time (now or after the situation becomes normal) under Section 131 of the Trade Marks Act, 1999 read with Rules 109 & 110 of the Trade Marks Rules, 2017. I reproduce the section below:

Extension of Time 131.- (1) If the Registrar is satisfied, on application made to him in the prescribed manner and accompanied by the prescribed fee, that there is sufficient cause for extending the time for doing any act (not being a time expressly provided in this Act), whether the time so specified has expired or not, he may, subject to such conditions as he may think fit to impose, extend the time and inform the parties accordingly.

(2) Nothing in sub-section (1) shall be deemed to require the Registrar to hear the parties before disposing of an application for extension of time, and no appeal shall lie from any order of the Registrar under this section.

While the sincerity of the IPO should be lauded for assuaging the concerns of the stakeholders, I am afraid that this notification appears to have no legal standing as far as statutory deadlines are concerned. I say this in view of the exception provided under section 131, namely, “not being a time expressly provided in this Act”.  I am quoting from a judgement of the Delhi High Court in Sunrider Corporation vs Hindustan Lever Limited And Anr which reiterates this position.

The Registrar has been empowered to extend time for doing certain acts provided he is satisfied that there is sufficient cause for extending the time. But there is an exception to this power. The exception being that it must not be a case where time is expressly provided in the Act.

The Delhi High Court in that case was specifically dealing with the issue whether the Registrar of Trade Marks has the power to extend the time for filing of the evidence affidavit in support of an opposition beyond the maximum period of three months prescribed under Rule 50(1) of the Trade Marks Rules, 2002.

I was more alarmed after a quick review of the IP statutes that revealed that barring the Patents Act, none of the other statutes provide for a situation where the Controller has the powers to condone the delay in filing of a document for which there is a time period that is prescribed.  Of course, I would stand corrected here if any of our readers have reasons to believe otherwise. As for patents, there is a clear provision under Rule 6(6) of the Patents Rules, which seems to the basis for the recent notification which I link here. Does this mean that a Presidential Ordinance will be the only means to address these concerns as far as trademarks, designs, GIs and copyrights are concerned?

Two last issues that I want to flag relate to signature and stamping of documents and the issue of waiver of fees for extension.  As of this morning, 75 districts in our country and other cities in several foreign countries are under lockdown. If a deponent to an affidavit or signatory of a certain document is unwell, how best can they file these? Would the IPO accept unsigned, unstamped documents with an undertaking that a document complete in form would be filed once COVID-19 exits the scene? Would the IPO excuse stamping in a similar way? Most importantly, in these exceptional circumstances, would the fees be waived in cases where the applicants are unable to meet extendable deadlines?

A short while ago, AIPPI also sent a communication to the Controller General, DPIIT and the Minister of Commerce highlighting these issues.  Let’s hope the IPO urgently addresses these issues and eases the concerns of IP owners and lawyers in India and overseas.

[Update: The Supreme Court has issued an order a while ago, taking suo motu cognizance of the  difficulties that may be faced by lawyers and litigants across the country in the present COVID-19 situation. The order, passed in exercise of its powers under Articles 141 and 142 of the Constitution of India, extends the period of limitation (whether condonable or not under law) for filing of petitions/applications/suits/appeals/all other proceedings in all courts, tribunals and authorities across the country with effect from March 15, 2020 till further orders.]