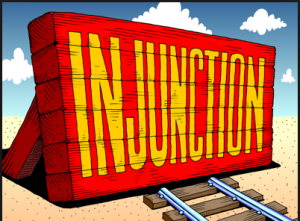 [This post has been co-authored with Bhavik Shukla, a 5th year student at NLIU, Bhopal]

In a very welcome and significant development, on July 11 this year, a Division Bench of the Delhi High Court set aside two interim injunction orders granted by a Single Judge against Natco, for having been passed without the Court forming an opinion on the three elements of the well-settled test for interim injunctions i.e. prima facie case, balance of convenience and irreparable harm.

The Court noted that an order in an interim injunction application must necessarily indicate that the court has considered these three elements in arriving at the conclusion as to the grant or non-grant of the injunction. It further emphasised that in case of patent infringement suits, particularly those involving pharma patents, the court must also consider the additional elements that have been discussed in various cases. It accordingly directed the Single Judge to decide both the interim injunction applications afresh, without being affected by the order in Sterlite Technologies case (discussed below) which had been blindly relied upon to grant the injunctions straight away.

On 31st May this year, a Single Judge of the Delhi High Court (Justice Endlaw) had granted an interim injunction in favour of Sterlite Technologies Ltd., wherein the Defendant, ZTT India Pvt. Ltd. was restrained from infringing its patents. What is remarkably striking about the order is that the injunction was granted by the Court despite it admitting that it was impossible to form even a prima facie opinion on the question of infringement at that stage since the Defendant was not in appearance to counter the Plaintiff’s submission. The Court stated that such experimentation with interim injunctions in patent infringement suits is “the need of the hour”, reasoning that since a patent’s term is limited and determination of a patent infringement suit usually takes long, non-grant of these injunctions unfairly affect a patentee’s profits till the determination of the suit.

The Court elaborated that in the absence of an interim injunction, the loss borne by the patentee during the period of determination is significant because the alleged infringer/defendant is able to sell the patented product at a much lower price as compared to the patentee, given that it did not have to incur the cost of innovation.

As for the defendant, the Court stated that they could undertake two defences in an infringement suit, one of denial of infringement and the other of the invalidity of the patent. Taking note of both these defences, the Court observed that no harm would be caused to the defendant on successfully proving either of these defences as they would be entitled to sell their product. However, the Court’s conclusion that the defendant will suffer “no harm” appears flawed, since regardless of the defence sought by the defendant, they would be restrained from selling the drug till the final decision of the suit, leading to their loss of profits.

Having made the above observations, the Court opined that in patent infringement suits, interim injunctions would balance the rights of both the parties and enable the patentees/plaintiffs to reap full benefits of their patented inventions. Such arrangement, in Court’s opinion, would also ensure the purity of the court processes because it would discourage defendants to falsely contest infringement suits only to take advantage of delays in court processes. It stated that the defendants who violate the interim injunction despite knowing that they are infringing would run an additional risk of penal consequences.

Natco appealed against both the orders of the Single Judge, claiming that the grant of interim injunctions in favour of Bayer and BMS (collectively ‘Respondents’) was contrary to the settled law in respect of interim injunctions, as it failed to satisfy the three-pronged test: (i) a prima facie case, (ii) balance of convenience in favour of the plaintiff, and (iii) the sufferance of irreparable hardship to the plaintiff if the injunction is not granted.

Dealing with both the appeals, the Division Bench (comprising Justice S. Muralidhar and Justice Talwant Singh) first noted that the impugned orders were not ex parte as was the case in Sterlite Technologies, probably suggesting that same standards could not have been relied upon without deliberation in the instant cases. Moreover, the Division Bench while deciding the appeal against BMS observed close similarities between both the impugned orders of the Single Judge passed against Natco, to the extent of verbatim reproduction of several paragraphs. Further, referring to various Supreme Court decisions, the Division Bench stated that it is settled law that for an interim injunction to be granted, three important elements i.e. prima facie case, balance of convenience and irreparable hardship must be present, but there was no formation on an opinion on any of these elements in the Single Judge’s orders. While it agreed that an opinion on each of these elements is not required to be expressly stated in the order, but a reading of the order should indicate that the Court has impliedly formed an opinion on each of these aspects. The Single Judge’s orders however, it noted, did not even impliedly mention any of these elements and even the order in Sterlite Technologies that was relied upon did not reflect the view of the Court on any of these elements. On the contrary, it observed, that the order recorded that it was not possible to form a prima facie opinion on the question of infringement at the stage.

Having noted this, the Division Bench stated that it would be undesirable to adopt a blanket approach of granting interim injunctions in patent infringement suits as a matter of routine at the first hearing, as suggested by the Single Judge. Moreover, it observed that while examining infringement suits involving pharmaceutical patents, not only the three general parameters of prima facie case, balance of convenience and irreparable hardship need to be taken into account but also other parameters which have been considered important by courts in various decisions including Merck v. Glenmark and Cipla v. Roche. The Court further mentioned that the interim orders passed by the Single Judge lacked clarity and failed to indicate the scope of permissible activities that could be undertaken by the Appellants.

In view of the above discussed observations, the Division Bench set aside both the interim orders of the Single Judge, and directed him to hear the two interim injunction applications afresh on merits. In the interim, it clarified that the status quo before the passing of the Single Judge’s orders shall be maintained.

It is perplexing that while courts in the past have endorsed the approach of even dispensing with interim injunctions altogether in patent infringement suits and moving directly to expedited trials (an approach that Prof. Basheer strongly argued in favour of), Justice Endlaw thought it fit to grant them as a matter of rule in such suits. Although it is indeed true that the life of a patent is limited and the determination of patent infringement suits takes several years, the courts cannot look at protecting the interests of the patentee alone. They must not lose sight of the fact that interim injunctions not only adversely affect the interests of the alleged infringer but also those of the consumers who’re denied access to cheaper products, especially in the case of pharmaceutical patent suits where patients are prevented from accessing cheaper drugs including life-saving ones. In order to balance the interests of both the parties, interim injunctions, thus, must not be granted under any circumstances without taking into account the well-settled parameters for grant of an interim injunction.