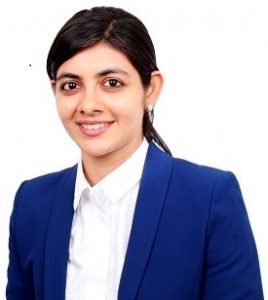 We’re pleased to bring to you an insightful guest post by Abhilasha Nautiyal. Abhilasha is an attorney at Ira Law, a firm that she co-founded with other colleagues. Prior to this, she was a partner at an IP law firm. Abhilasha graduated from the Army Institute of Law and then pursued a master’s in law from Harvard Law School. Her detailed bio can be found here.

Abhilasha has co-authored a guest post for us in the past as well.

What is the impact of differences in claim language between Indian and corresponding foreign patents on the infringement and validity analysis of the Indian patent? Does the prosecution history of a foreign patent impact this analysis? These questions were answered by a Single Judge of the Delhi High Court in its decision in Communication Components Antenna Inc. v. Ace Technologies Corp and Ors. (Communication Components) (dated July 12, 2019), which decided an application for interlocutory injunction. This decision was appealed to a Division Bench by the defendants and the Division Bench passed an interim order, without actually staying the Single Judge’s order. The Division Bench’s order has been set aside by the Supreme Court. More on this later.

What is interesting in the Single Judge’s decision is the treatment of prosecution history of a corresponding foreign patent which resulted in a claim amendment. To put it in context, in this case, claims of a corresponding US patent were amended by the patentee during prosecution. Based on this fact, an argument was made by the defendants before the Single Judge that this difference in claim language rendered the Indian claim obvious and thus a credible challenge to patent validity was raised. The judgment, however, does not mention if the prosecution history of the US patent disclosed the reason for the amendment to the concerned claim.

While rejecting this argument of the defendants, the court laid down a new principle for claim construction – a difference in claim language between a corresponding foreign claim and the Indian claim will have a bearing on the Indian claim only if the difference is ‘substantial’ and not merely ‘clarificatory’. While prosecution history estoppel is understood to apply to a patentee’s conduct with respect to the prosecution of that patent in the concerned jurisdiction, the court in Communication Components appears to apply this principle to difference in claim language and other matters of prosecution history of a corresponding foreign patent. This test appears to extend the principle of ‘prosecution history estoppel’ beyond borders.

To quote the decision, “While patent applicants ought to be held bound by the broad statements made during prosecution of their patents in various jurisdictions, there is bound to be differences in the wording of claims which may happen…while determining infringement in India, the variation in the language of the claims in different jurisdictions cannot be examined in a minute fashion…The language of the claims in corresponding foreign patents can be looked at to ensure that broadly the invention is the same and no substantive claims have been either deleted or withdrawn. International patents relating to the same patent can also be referred to in order to establish ‘evergreening’ of an invention.”

Whether the concerned statement during the prosecution of a corresponding foreign patent or difference in claim language is substantial or clarificatory will be a factual enquiry in each case and may involve questions of foreign law. This could be challenging to determine at the interim stage at least in some cases.

While the rationale of developing this test of substantiality per the decision is a variation in patent law and practices across the world and patent examiners’ subjective assessment of patentability, it could be viewed as being contrary to the Novartis decision of the Supreme Court (Novartis AG v. Union of India and Ors., (2013) 6 SCC 1) on patent validity. In Novartis, the Supreme Court based its finding of obviousness of the Gleevec patent application on, inter alia, statements made by the patentee during the prosecution of a foreign patent (which was the basic patent for imatinib and did not correspond to the Indian application which covered a specific salt form, imatinib mesylate). The Court in Novartis did not draw any difference between substantial and clarificatory statements.

Communication Components appears to try and reconcile Novartis by stating, “International patents relating to the same patent can also be referred to in order to establish ‘evergreening’ of an invention.” Therefore, is the test of substantiality as formulated in Communication Components applicable to validity analysis other than evergreening? This appears to be an anomalous dichotomy.

The Delhi High Court Division Bench decision in F. Hoffmann-La Roche Ltd. v. Cipla Ltd. (225 (2015) DLT 391, Roche) is also relied upon in Communication Components for the proposition that ‘statements made after the grant of a patent would not be relevant in interpreting grant of a patent’:

“It is also now a settled position in law that, statements made after the grant of a patent would not be relevant in interpreting grant of a patent. The Ld. Division Bench in Roche v. Cipla (Supra), relying on the judgment of the US Court in Pfizer v. Ranbaxy 457 F.3d 1284 held as under:

…In the decision reported as 457 F.3d 1284 (United States) Pfizer v. Ranbaxy the Court held that the statements made during prosecution of foreign applications are irrelevant as they are in response to unique patentability requirements overseas. The Court also held that the statement made in later unrelated applications cannot be used to interpret claims of prior patent.” (emphasis supplied)

The language in Communication Components suggests that the court in Roche upheld the proposition that statements made during prosecution of foreign applications are irrelevant. This cuts against the substantiality principle formulated in Communication Components. However, while the court in Roche did reproduce a section of Pfizer v. Ranbaxy which contained the rejection of reliance on statements made during prosecution of foreign applications, the finding in Roche is limited to statements made in unrelated and subsequent applications.