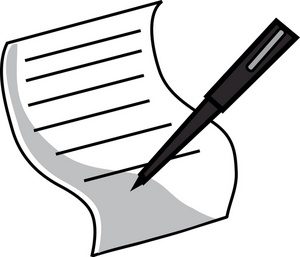 Earlier this year, Justice Rajiv Sahai Endlaw made a concluding remark on the “non-essential verbosity” of a plaintiff in a civil dispute [Nikita Gupta v. Alok Gupta (May 21, 2019)]. He observed that the plaint filed therein was a classic textbook case of how not to draft a plaint, which he felt should have been taught in law schools.

Justice Endlaw has raised similar concerns in the past even in IP cases. In Vifor (International) v. Suven Life Sciences Ltd., decided in March this year, he had remarked that the effort to expedite, endeavoured by the Commercial Courts Act, must be not only by the courts, but also by other stakeholders such as litigants and counsel. He stressed the need for counsel to pay attention to making concise pleadings, avoiding unnecessary pleas and filing relevant documents as evidence. He denounced the habit of counsel not paying attention to their client’s claim or defence in the beginning, then filing a plethora of applications to make up for the lacunae and seeking extension of time to file reply, despite knowing that it is not permitted. He observed that in such situations no time should be wasted or else the Commercial Courts Act would remain a piece of legislation only on paper.

In September, yet again, he made similar observations in a copyright infringement case, Zee Entertainment Enterprise Ltd. v. Saregama India Ltd. In that case, the plaintiff’s request to file additional documents post framing of issues was rightly rejected by him as he felt that entertaining a request to exercise discretion in allowing such requests would defeat the purpose of the legislative mandate under the Commercial Courts Act, and that litigants and lawyers must wake up to the change required to be brought about in the conduct of commercial suits.

In the latest case of GSK Consumer Healthcare S.A v. EG Pharmaceuticals & Ors., involving trademark infringement and passing off, where the suit parties were manufacturers of pharmaceuticals, Justice Endlaw once again gave some lessons on legal drafting and the requirements under the Commercial Courts Act, this time to the defendant therein.  I have summarised these below:

One cannot agree more with Justice Endlaw’s observations in the above-discussed cases. It is indeed a nightmare to deal with verbose pleadings that run into several pages, be it before a court or a tribunal, where counsel must separate the proverbial grain from the chaff while drafting a reply.  Crisp drafting is an essential skill for lawyers. It is not very often that one comes across plaints or written statements drafted in a razor-sharp manner. Though many law schools today have courses on legal drafting, this is a craft that most of us learn through experience and through one’s mentors in the legal profession, if one is fortunate to have such mentors.

So how does the rest of the world curb verbosity in pleadings? A clue may lie in the practice by courts in many developed countries which impose restrictions on page limit, word limit, font size and line spacing. Such restrictions exist in varying forms in courts in Singapore, Canada, New Zealand, European Union and the United States.  Currently, the Commercial Courts Act or the Rules thereunder have no such restrictions. If such a change were to be brought in, it would compel lawyers to practice the art of brevity.