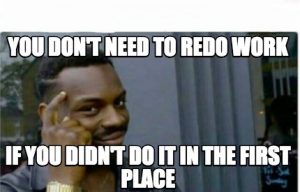 Earlier this month, the Supreme Court in Rojer Mathew v. South Indian Bank Ltd. & Ors., struck down the Tribunal, Appellate Tribunal and other Authorities (Qualifications, Experience and other Conditions of Service of Members) Rules, 2017 (‘Rules’) framed under Section 184 of the Finance Act, 2017 (‘Act’) on the grounds that they impinge on judicial independence and are contrary to the guidelines laid down in cases like RK Jain and Madras Bar Association.

As our readers may recall from the extensive discussions on the blog in 2017 (see here, here and here), Part XIV of the Act merges a number of tribunals, including the Copyright Board with the Intellectual Property Appellate Board (IPAB). The Act also gives the Central Government the power to make rules pertaining to eligibility, appointment, and service conditions of tribunal members. Pursuant to such powers, the Central Government went on to frame the Rules, which gave the Government overly broad powers as regards the appointment and service conditions of tribunal members. These Rules have now been struck down by the Supreme Court and the Government has been directed to frame a fresh set of Rules.

In the interim, the appointment to the tribunals and the terms and conditions of appointment shall be in terms of the respective statutes that applied before the enactment of the Act. As to the validity of the Part XIV of the Act, which was challenged for having been passed as a Money Bill despite it containing non-finance/taxation related provisions, the question has now been referred to a larger bench.

Highlights of the Judgment

The Judgment, as has been summarized here, addresses primarily three core legal issues: (i) whether Part XIV of the Act could have been validly enacted as a Money Bill; (ii) whether it suffered from the vice of excessive delegation; and (iii) whether the Rules are valid. An interesting aspect of the judgment is that although there is a unanimous opinion signed by all 5 judges on the bench, there is a separate part-concurring, part-dissenting opinions by Justice Deepak Gupta and Justice DY Chandrachud (here onwards, the ‘unanimous’ opinion will be referred to as the ‘majority’ opinion).

On the Money Bill issue, the majority opinion observes that it is uncertain as to what falls within the scope of a Money Bill as defined under Article 110. Given this uncertainty, they felt it prudent to refer the question to a larger bench. Such reference was also prompted by the lack of clarity in the Aadhaar judgment, in which the Aadhaar Act was found to be a Money Bill without first delineating the scope of Article 110. Chandrachud J. though clearly held that Part XIV can in no way qualify to be a Money Bill, given its predominant objective of overriding the existing legislations governing tribunals. It is useful to recall that, typically, Money Bills are only concerned with taxation/fiscal issues, with minimal leeway provided to incidental non-fiscal issues. Despite such a finding, Chandrachud J. agrees with the decision to refer the issue of what constitutes a Money Bill to a larger bench.

A rather interesting aspect of the separate opinion delivered by Chandrachud J. on the question of whether Part XIV of the Act is a Money Bill is that in some parts of his opinion, he uses the word ‘we’ which gives the impression that he is writing on behalf of the majority (for instance, see paragraphs 76 and 77 of his opinion). This is particularly interesting given that all 5 judges have signed the CJI’s majority opinion which merely refers the question to a larger bench. This quirk re-appears in the portion which deals with question of appointments made during the pendency of the proceedings (discussed below).

As to the second question of excessive delegation, the majority found that there was none. This was based on the fact that these matters were not “undelegatable” per se and in any case, the “policy” for the executive as regards appointment and service conditions were already laid down by the Supreme Court through its decisions in cases like RK Jain, L Chandra Kumar, R Gandhi, Madras Bar Association, and Gujarat Urja Vikas. Gupta J. disagrees with the majority and holds that if the executive felt bound by the “policy” laid down in these decisions, there would not have been any breach of such policies in framing the Rules in the first place. Chandrachud J. too holds that there was excessive delegation.

Gupta J.’s opinion provides a good segue way into the question of validity of the Rules. All three opinions hold that they are invalid and strike them down in their entirety. Multiple reasons were found for such lack of validity: dominance of the executive in the selection and removal process of the tribunal judges, varying ages of superannuation for judges of different tribunals, lack of adequate legal expertise for technical members, among other things. Put in other words, yet again, the Government was found to have made the same transgressions it has been making all these years in tribunal selections, appointments and service conditions.

After striking down the Rules, the majority opinion directs the Government to reformulate them in accordance with the ratio in cases like R Gandhi, Madras Bar Asssociation, L Chandra Kumar and Gujarat Urja Vikas. Such reformulation essentially is to ensure that a number of rudimentary principles laid down by the Court in relation to appointment, conditions of service, tenure etc. are adhered to. These principles in turn are broadly meant to ensure that judicial independence is not taken away under the garb of ensuring technical expertise.

In the interim, i.e., till such time the Government frames new rules, the majority directs that the appointments to the tribunals re-organised by the Act and the terms and conditions of appointment should be governed by their parent legislations which were overridden by the Act. However, if any additional benefits concerning salaries and emoluments have been granted under the Act, they would not be withdrawn and will apply to new members as well.

Implications for IPAB and Copyright Board

What is the effect of the interim direction on the IPAB? Does this mean that the Copyright Board which was merged into IPAB by way of the Act would now spring back into life?

While the judgment refers the question on the validity of Part XIV of the Act to a larger bench, it does not stay the merger of tribunals brought into effect by it. It only strikes down the Rules framed under the Act which relate to qualifications, appointment and terms of service of tribunal members. Therefore, it appears that the merger of Copyright Board into IPAB continues and IPAB would continue to handle copyright matters in addition to patent, trademark, GI and plant variety matters.

However, the appointments to IPAB and the terms and conditions of appointment would now again be governed by the Trade Marks Act, as they did before the enactment of the Act, till a fresh set of Rules are framed in accordance with the majority judgment and the interim direction is consequently modified by the Court. The additional benefits relating to salaries and emoluments granted under the Act (if any), would not be withdrawn though and will apply to newly appointment members as well.

What Happens to the Appointments Already Made and Those in Process?

Another piece in the puzzle is whether the appointments made during the pendency of the proceedings will continue to be valid. The majority opinion does not appear to address this. Nevertheless, Chandrachud J. in his conclusion (para 103) holds that the appointments made in accordance with the interim orders passed by the Court, shall not be affected by the Rules being declared unconstitutional. Interestingly, here also, Chandrachud J. appears to speak on behalf of the majority (“we direct that those appointments shall not be affected by the declaration of unconstitutionality”) while writing his separate opinion.

This is however not very relevant to IPAB as the only appointment that appears to have been made to it during the pendency of the proceedings was that of Justice Manmohan Singh as the Chairman, who retired in September this year. The rest of the vacancies, i.e. for the posts of Vice Chairman and Technical Members (Patent, Trade Marks & Copyright) (see here, here and here), which were advertised after the Rules came into force, have anyway not been filled up till now.

However, the judgment does not provide any clarity on what happens to the appointments which are underway – are the vacancies for those posts required to be re-advertised and filled up in accordance with the earlier procedure that governed these appointments?

Any End in Sight?

Given their effect on judicial independence, the direction to reframe the Rules is indeed welcome. Nevertheless, it is doubtful whether mere reformulation in itself would lead to any palpable changes in the way IPAB is run. As Prashant had pointed out recently, for most part of its 16 years’ existence, IPAB has been dysfunctional. In fact, a recent response received from the DPIIT to a representation made by Dr. Gopakumar Nair as regards appointment to IPAB offers very little hope. In its response to the representation – made to enquire the undue delay in appointment of IPAB members – DIPP has informed of the steps that have been taken to fill up the positions to IPAB. While the appointment of the Chairperson has been held up at Supreme Court’s end for several months now, the vacancy for the Vice-Chairman was re-advertised only last month and the appointment of Technical Members is pending with the Competent Authority that’s considering the recommendations of the Search-cum-Selection Committee.

Given the lack of urgency shown in appointments, it is worrisome that no timeframe has been set for the Government to actually reformulate the rules. And given the Government’s patchy history of time and again coming up with questionable rules to govern the tribunals, the denouement is far from sight.