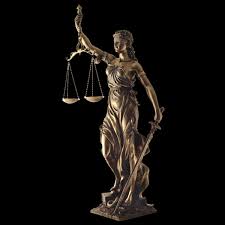 After more than a year of speculation, retired Delhi High Court judge, Justice Manmohan Singh has been appointed as the Chairperson of the IPAB, presumably under the Tribunal, Appellate Tribunal and other Authorities (Qualifications, Experience and other Conditions of Service of Members) Rules, 2017. These rules which have been notified under the Finance Act, 2017 are under constitutional challenge before the Supreme Court for impinging on the independence of the judiciary. Even more strangely, the notification mentions that Justice Manmohan Singh is holding the Chairperson post as an “additional charge”. It appears that he continues to hold on to the post of the Chairperson of the Appellate Tribunal for Forfeited Property.

I am not sure whether this arrangement is legal or whether the Chief Justice of India was informed about this arrangement when he was consulted on Justice Manmohan Singh’s appointment as the Chairperson. I fail to understand why the CJI would have agreed to an arrangement that defeats the entire purpose of having specialized tribunals. After being headless for as long as it has been, the IPAB has a significant backlog. How exactly is Justice Manmohan Singh going to juggle his workload on both tribunals?

It is no secret that I am not exactly a fan of Justice Manmohan Singh. I say this not because of his perceived bias towards IP owners (as is often pointed out in the comments sections of this blog) but because I think there have been serious legal infirmities in several of his IP judgments – many of which have been set aside on appeal. I am sure there are others who share this assessment because they have told me so in private conversations but will not state it publicly. The one advantage though of Justice Singh’s appointment is his relatively high disposal rate – as a judge of the High Court he did hear and dispose cases unlike some of his predecessors on the IPAB.

Another problem that we will likely see in the coming months, are requests for Justice Manmohan Singh to recuse himself from all those connected cases where he was the presiding judge in the Delhi High Court. For example, in the case of the Ericsson patents that have been challenged before the IPAB, there are corresponding patent infringement lawsuits before the Delhi High Court where Justice Manmohan Singh delivered judgments. Litigants are going to be in a tricky position because if he rejects a request for recusal, they will have to approach the High Court requesting for an order forcing him to recuse himself and even presuming that the High Court forces such a recusal (there are precedents on this issue), there is nobody else in the IPAB to hear the case because the only other member is Chaswal who is technical member for trademarks and the required quorum is two members on the bench.

It is also likely that the IPAB will shift its main seat of operations to Delhi since Justice Manmohan Singh also has to hear appeals before the other tribunals and also because he is a resident of Delhi. In the galaxy of tribunals created over the last couple of decades most are headquartered in Delhi. The only reason IPAB was headquartered in Chennai was because the Minister of Commerce at the time was Murosali Maran was from Tamil Nadu. The lawyers are Chennai are usually quite territorial but they seem to have lost their sting over the last few years. Associations of IP lawyers in Chennai are unlikely to protest the shifting of IPAB to New Delhi as long as the premises in Delhi has a toilet – the lack of which was one of their pressing concern at the time we had raised issues of grave constitutional importance before the Madras High Court.