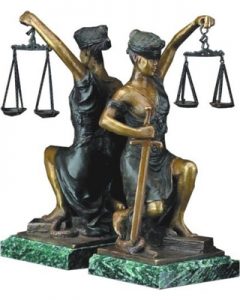 Going by the grapevine, it appears that Justice Manmohan Singh, who retired from the Delhi High Court last year, will soon be appointed as the Chairperson of the Intellectual Property Appellate Board (IPAB). While on the Delhi High Court, Justice Manmohan Singh was considered one of the “IP judges”, resulting in more IP cases being marked to him. It goes without saying that he’s delivered quite a few judgments on patents and trademarks. And as I’ve mentioned before there are several problems with these judgments, including the fact that he has cited and applied overruled cases. But those objections aside, the DIPP is going to face an entirely different problem when Justice Singh assumes charge of the IPAB and that is the demand for his recusal from several cases and if he refuses, there will be litigation where the DIPP will have to defend Justice Singh.

This problem isn’t particularly new in the context of the IPAB. A decade ago, Novartis had sought the recusal of the then Technical Member S. Chandrashekharan because he was the Controller General of the Patents Office at the time when the Glivec patent was rejected and that he would obviously be biased while hearing the appeal. The Madras High Court agreed with Novartis and the DIPP had to hunt for another temporary technical member to hear the case despite there being no provision in the law for a “temporary” technical member. Novartis wasn’t the only litigant raising this issue at the time. Shamnad had discussed another case where the Delhi High Court forced Chandrashekharan to himself from hearing an appeal filed by Magotteaux International’s.

In several of the pending cases before the IPAB, it is very likely that Justice Manmohan Singh has ruled on the infringement issue before the Delhi High Court in either interlocutory proceedings or post trial. In such a scenario where he has expressed one opinion against a party, it is very possible for that party to seek Justice Singh’s recusal from hearing the connected petition before the IPAB because he has already expressed an opinion and cannot be expected to contradict his earlier opinions on the Delhi High Court despite the requirement that the IPAB has to hear the case afresh. Take for example the Ericsson SEP litigation where Justice Manmohan Singh has made some preliminary rulings on the issue of software patents. There are 8 petitions challenging Ericsson’s SEP patents on the grounds that software patents cannot be granted. If those 8 petitions are not yet infructuous, I fully expect the counsel for the petitioners in those cases to seek Justice Manmohan Singh’s recusal.

The larger question is whether such recusals are warranted? The issue of recusals has been very muddled in India, leading to judges of the Supreme Court and High Court suddenly recusing themselves from cases and has led to a waste of time and resources. Earlier this year the Chief Justice wanted to issue some form of guidance on recusals but is yet to do so. The usual problem before the Supreme Court is financial conflict where judges have shares in a company that is a litigant before it. Very rarely does the Supreme Court face calls for recusals on the grounds that I’ve mentioned above. The problems of the recusals before the IPAB are unique because of the nature of split litigation before the IPAB and other courts and of course, because litigants employ recusals as a litigation strategy.

The DIPP should act to preempt the issue by drafting a procedure or memorandum on recusals after consulting with the Chief Justice of India – any suo moto action in this regard by the DIPP will be considered to be in violation of the IPAB’s independence. The other option for the DIPP is to fight multiple litigation on this issue before different High Courts. Hope the under-secretary at the DIPP is ready to sign multiple affidavits.