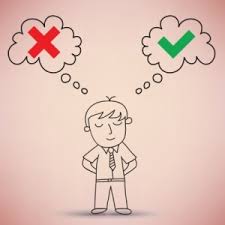 In a surprising development, the Copyright Board is set to be merged with the Intellectual Property Appellate Board (IPAB) under the Finance Bill, 2017 that was passed in the Lok Sabha yesterday. This merger comes along with merger of seven other tribunals (including the Competition Law Appellate Tribunal and the Cyber Appellate Tribunal) with other existing tribunals, all of which were proposed by the amendments to the Bill moved by the Finance Minister Arun Jaitley on Tuesday.

The Bill seeks to amend the Copyright Act so as to transfer the functions of the Copyright Board to IPAB, which as of now deals only with matters relating to trademarks, patents and geographical indications. As our readers may recall, the Copyright Board has not been functional for about 5 years now. The Bill also makes an amendment to the rules pertaining to qualifications, appointment and other terms of service of the members of IPAB as provided under the Trade Marks Act. It introduces Section 89A to the Act which leaves these matters to be solely governed by Section 179 of the Finance Act, 2017 in respect of members appointed after the commencement of this Act. This provision in turn leaves it up to the Central Government to make rules in this regard.

The Bill now awaits only President’s assent to become a law, since being a Money Bill, it is not required to be passed by Rajya Sabha. Rajya Sabha can only provide its recommendations but not disapprove the Bill.

Are these amendments good or bad news? Is IPAB, an ‘appellate’ body with an already high pendency rate, well-equipped to perform the tasks entrusted to the Copyright Board? Will setting of rules regarding qualifications, appointment and other terms of service of the members of IPAB by the Government affect its independence? These questions are secondary. The primary question is whether these amendments could have been brought through this Bill in the first place? Can the Copyright and Trade Marks Act be amended by way of a Money Bill? The move of the Finance Ministry of including several such non-finance/taxation related amendments in a Money Bill has been severely criticised by the opposition parties as being a “backdoor” route of introducing such amendments which would have otherwise been required to be passed in the Rajya Sabha as well. The Ministry has responded to this by arguing that these amendments being related to government expenditure were incidental to the tax related proposals in the Finance Bill and thus fell within the category of a Money Bill.

Also, oddly enough, while one wing of the Government has sought to wind up the Copyright Board, another wing of it (the Ministry of Information & Broadcasting) is planning to set up a Copyright Board for overseeing implementation of IPR laws for the entertainment industry and has even initiated discussions with the Commerce Ministry for the same, as per news reports.