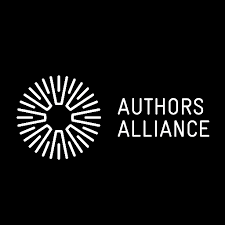 Authors’ Alliance (“Alliance”), a non-profit coalition that supports “authors who write to be read”, has filed an amicus curiae brief in Cambridge University Press et al v. JL Albert et al, supporting the non-profit use of academic works as part of course packs  The brief was submitted by the Alliance in an appeal filed by Cambridge University Press (CUP) against the decision of the district court for the Northern District of Georgia (“District Court”), which ruled in favour of the Georgia State University (“GSU”) making freely available to their students, as part of the course pack, among others, chapters from works which are copyrighted by CUP. In fact, some of the copyrighted materials, which are the subject of the dispute, have been written by the members of the Alliance.

Alliance, in support of District Court’s ruling that limited use of scholarly works by GSU is fair use, makes three major points in its brief: 1) since the primary driving factor of the academic authors in publishing their works is the dissemination of knowledge, any ruling in favour of fair use would in no way be detrimental to their motivation to write, 2) District Court’s emphasis on the factual and scholarly nature of the works while determining the question of fair use was justified as scholarly works, by virtue of being fact-centric, contain less material worthy of copyright protection 3) had more open access avenues been available to the authors of the materials in question at the time of writing, they would have preferred to use those avenues rather than publish their writings through publishing houses such as CUP and this should be weighed as an equitable consideration while deciding the question at hand. The brief then goes on to elaborate these three points by asserting, among others, that the publication by academicians is based on the incentive of enhancement of their reputation and not any monetary incentive. Alliance points out that the authors are driven by the hope that their works will be discovered and the ideas in their works will be shared within the academic fraternity and among students, fostering more discussions around their works.

The stand taken by the Alliance is strikingly similar to the one taken by academics and authors in relation to the DU photocopy case (for our posts on the stand taken by academics and authors in the DU photocopy case, see here, here and here). In the DU Photocopy case also, the community of academics had strongly disapproved of the attempts by publishers to impede access to course packs. Apart from stating that the primary satisfaction for authors lay in their works getting discovered and widely circulated, encouraging more discussions around their writings, they had also stated that the monetary revenue, in the form of royalties, from the publishers was negligible. In fact, more than the publishers, it was universities which made their works possible and the use by universities of their works was perfectly within the ambit of fair use.