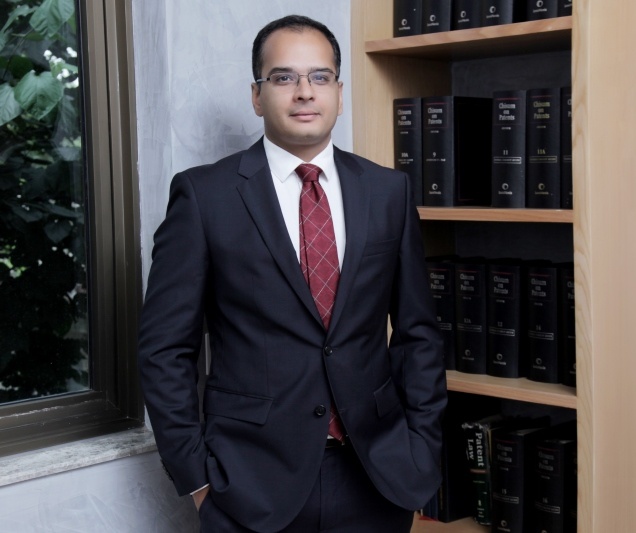 We are pleased to bring to you a guest post by Mr. Essenese Obhan. Mr. Obhan is the Managing Partner of Obhan & Associates, a reputed IP law firm in Delhi. We had earlier published two guest posts by him here and here.

As has already been reported on SpicyIP and the mainstream media, Monsanto and Indian seed companies are involved in a series of lawsuits against each other on a variety of different issues such as patents, plant variety protection, trademark, and competition law.

Earlier this month, a counter claim for patent and trade mark infringement was filed by Monsanto at the Delhi High Court against another seed company, Amar Biotech. With this suit, 27% of the Indian cotton seed market has been brought under the threat of injunction. Monsanto has also invoked arbitration proceedings against four other companies having a collective market share of approximately 40%.

Companies are not the only ones fighting it out with Monsanto. A group of farmers in Maharashtra have asked the Bombay High Court[1] to declare that their traditional plant breeding activities and the consequent exchange or sale of their Bt cotton seed does not infringe any patent rights of Monsanto.

With two-thirds of the Indian cotton seed industry, as well as farmers, questioning the alleged patent rights of Monsanto, it is useful to examine the patent issues involved a little more closely.

At the center of the entire controversy is claim 25 of Indian patent no. 214436 which reads as follows:

The most significant issue in patent litigation involves determining the true construction of a patent specification, and particularly, its claims. Constructing a claim properly necessarily involves accounting for the express limitations to the claim. Claim 25 of Indian patent no. 214436 deals with not merely a nucleic acid sequence, but rather a nucleic acid sequence having a certain effect in a plant cell. This is clarified by the use of the term ‘wherein’ in the claim language.

The interpretation of the ‘wherein’ clause has been debated considerably over the years. It has come to be accepted that ‘wherein’ is used in patent claims to limit the invention.[2] US courts briefly engaged with the question of whether the ‘wherein’ clause merely states an inherent result, and not a limitation, but rejected the idea, particularly in cases where the clause provides the necessary meaning and purpose to the preceding steps.[3]

In the present claim, it would appear that the correct and true scope of claim 25 is ‘a plant cell’ in which the nucleic acid sequence is to deliver its intended purpose. However, plants, parts of plants, seeds, plant varieties all stand excluded from patent protection by virtue of section 3(j) of the Indian Patent Act, 1970. Thus, if the above interpretation were to be adopted, then the claim would necessarily fail under Section 3(j).

Monsanto, however, has argued, in court as well as in various public forums, that the true scope of claim 25 is not a plant cell but the nucleic acid sequence, which in turn is not excluded from patent protection in India. More problematically, it has further contended that any seed produced anywhere in India by seed companies or farmers that has such a nucleic acid sequence would infringe its patent.

There is some difficulty in accepting this argument. By accepting that claim 25 applies only to the nucleic acid sequence, it leads to ignoring the reference to plant cell completely. If no reference to plant cell was intended, this argument does not explain why the text was introduced in the first place. Surely, the drafters of the patent application would have accounted for superfluous language, and avoided reference to such words completely in the first place. Interpreting claim 25 in this manner allows Monsanto to stealthily enter subject matter that is categorically excluded in India, namely seeds.

Even if one were to accept Monsanto’s proposed claim interpretation, the scope of claim 25 cannot be enforced against plants and seeds that may have naturally inherited such a nucleic acid sequence through naturally biological processes. This is also supported by the fact that in the same patent application filed before the Indian Patent Office (IPO), besides rights on plants and seeds having the nucleic acid sequence, Monsanto had also applied for a method of crossing two plants (conventional plant breeding) to obtain a progeny plant having the nucleic acid sequence. All such claims were rejected by the Indian Patent Office u/s 3(j).

A total of 59 claims were applied for by Monsanto in Indian patent no. 214436. Almost all of these claims were rejected outright by the IPO, and subsequently deleted by Monsanto. These included the following:

A fundamental principle of patent law is that the extent and scope of the claims granted in a patent must be understood in the light of the claims made which were objected to and withdrawn.[4] Although claim 25 was not rejected outright by the IPO, it has been challenged by various parties on grounds that it relates to the other claims that were already rejected. However, by its own proposed interpretation of claim 25, Monsanto is effectively claiming and seeking to enforce patent rights on claims that have been rejected by the IPO as per law, and withdrawn by them without any demur. In fact, the entire case of Monsanto is based on the claims withdrawn by them before the IPO, that are contrary to Indian patent law.

This is the first set of cases before the courts on the patentability of genetically modified crops, ‘traits’ and the scope of section 3(j) of the Patents Act. The applicability of the Protection of Plant Varieties and Farmers Rights Act, 2001, arguably the more appropriate legislation for this subject matter, is also going to be determined through these cases. The interpretation that the courts finally arrive at on the patent matter will undoubtedly have a huge impact on the seed industry, and will likely affect the licensing strategies and models that biotech companies employ to commercialize their innovations in India.

P.S. Mr. Obhan is a lawyer for the seed companies involved in this litigation.